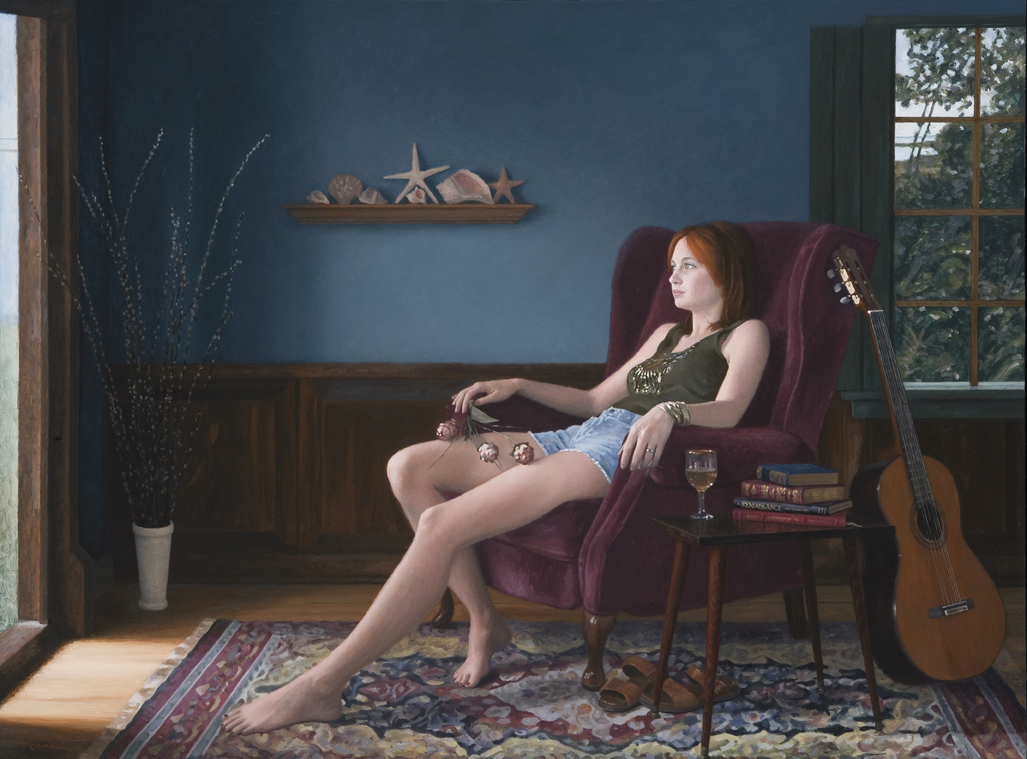 Many astrologers believe this is a weak position for Mercury, stating the person feels weak or inferior in some way when communicating. In many ways, it can make life difficult on a strictly mecurial level. However, with Mercury here the imagination is heightened, mental psychic powers deepened, and the individual finds a new level of expression. According to The Twelfth House: The Hidden Power in the Horoscope:

The gift of attracting certain situations unintentionally has a rather unexpected feature. With planets in the 12th or in aspect to the ruler of the 12th, people can find themselves in situations they have not consciously sought. Such situations can be difficult to escape from and yet, strangely enough, they may turn out to be very agreeable. Thus, people with Mercury in the 12th can engage in writing, journalism, publishing or bookselling, without consciously choosing to do so, or even rather against their will. But this need not be a disaster; in fact, it may give a lot of pleasure. The crux of the matter is that the people feel that life has dumped them somewhere and left them to make the best of it, but it has all turned out well in the end. This is the good side of the 12th house: if these people let things come as they may, it seems they will often be led to do things that promote their best interests.”

This is often a good placement for helping others to communicate. The individual understands about being overwhelmed by an emotional force so large that it engulfs the ability to speak what they’re feeling. In essence, they can aid others across the choppy waters towards a clearer understanding. The type, therefore, works beautifully when involved with dream-work, psychology and understanding the unconscious. Sometimes, though, they suffer from having too much information drifting in and out of the mind like waves. It is imperative that they learn to shut out the thoughts of others, to know what it is that they individually think. Hence, they need to guard against intruding thoughts in order to clear their own mind.

A person with Mercury in the 12th house may feel that others misrepresent what they are saying and confuse matters or there are miscommunications. The individual may be prone to mental anxiety and worrying too much, trying to unconsciously control the chaos by being super organized. Sometimes, this position of Mercury shows up physically in the individual and they could have a learning disability, hearing problem, or speech issue preventing them from being truly understood. This may leave them feeling disconnected from reality, people, places, and feeling out of the loop; they may feel highly vulnerable about their mental capacities. This is normal but it may feel as if their thoughts are too disorganized, overwhelming and too much information making it difficult to gain clarity. Perhaps they were bullied for speaking or for not talking, told to be quiet all the time. Maybe every time they expressed themselves verbally they were quickly made to feel their ideas had no value. They could have learned not to talk about personal matters and feared saying anything at all. Much of this anxiety can be channeled through communicating their deeper insights in some way, and realizing that these perceived weaknesses may actually be hiding their greatest strengths.

Mercury is so attuned to the inner experience, hiding their thoughts, and it may be hard for others to understand. Often there is a large tendency towards fantasizing, imagining and drifting off a lot of the time. Yet the Hermes planet in this position can possess great talent in writing, speaking and anything else in regards to the intellect. However, there is always a struggle and the individual may have to first untangle the feelings of why they feel so inferior mentally, and how their upbringing may have some part to play in the condition of their thinking.