Moon-Pluto Aspects in the Horoscope 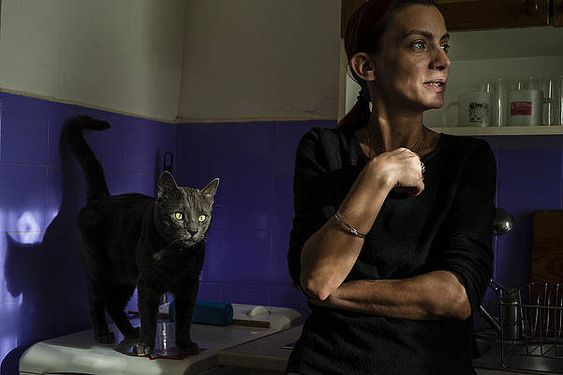 With a Moon-Pluto aspect in the natal chart, there are tremendous emotions in the emotional life that are impossible to unravel. Everything is perceived as perilous on the inner level, and those scary emotions are linked to the Plutonian profundity’s darkest depths and unknown realm. It’s impossible to relate blandly or superficially when there’s such a transformational intensity below. Everything takes on new meaning, and the person appears to be a natural psychologist from the start.

The emotions of Moon-Pluto are erratic, stormy, passionate, and unpredictable. Emotional life may be extremely taxing, with consuming feelings lurking beneath the surface. The type is prone to paranoia and overpowering neediness, both of which can suffocate people in close relationships. After an intense, cathartic release, the release of pent-up emotions that have been carried around for a long time feels regenerated and renewed.

When the Moon is conjunct, square, or opposite Pluto, it is forced to confront emotions, which usually necessitates a confrontation with one’s dark side. Otherwise, toxic feelings may surface years later, breaking out inappropriately and damaging important relationships. Hateful sentiments, envy, fury, or resentment are common in difficult emotional circumstances. There are instances when life-threatening betrayals occur, as well as the nursing of wrongdoings, personal insults, and grievances. Moon-Pluto, according to many interpretations, needs to start over in life, making atonement for previous mistakes. Pluto’s effect, according to Paul Mahler Dam, is to divert or refocus experiences, knowledge, and connections, even beyond birth into a previous experience.

There is no change from darkness to light or from inertia to movement without emotion. The woman whose fate it is to be a disturbing element is not solely destructive, except in pathological cases. Normally the disturber is herself caught in the disturbance; the worker of change is herself changed, and the glare of fire she ignites both illuminates and enlightens all the victims of the entanglement. What seemed a senseless upheaval becomes a process of purification.

The deep emotional pleasures of this interaction are incredible, because Pluto plays such a vital role in one’s fate. The type is typically a psychotherapist or healer, and they are excellent in crisis circumstances, sensing what is truly going on beneath the surface. Pluto rules the unconscious’s lowest layers, as well as portions of the mind that have been hidden from conscious awareness. The Moon-Pluto person needs to study a subject that completely enthralls them; it must be something they can delve deeply into, as there is a sensitivity to things that cannot be seen or spoken about. Moon-Pluto has a keen psychic sense and may be fascinated by magic and the unseen world. Another hidden skill is the power to transform, and these natives thrive as artists, performers, or writers, or anywhere else where the depths of emotion are brought to the surface and new life is given.

Sometimes it helps to look more honestly at the mother, not in order to blame her, but to see what may have lurked beneath her surface. This can also make a difference. To realize that she may not have been the strong, self-sacrificing person one thought, but that she may have been deeply bitter and despairing, or perhaps even at the edge of a breakdown – that can be a shock, but unless one can perceive this dimension of her life, one will project all kinds of things onto her. I have heard people describe Moon-Pluto as “cold,” but Pluto is never cold. It can be vindictive, and can make the family suffer because the person has been so humiliated by the denial of emotional needs. But the “cold” mother needs a closer look. Depression is not mutually exclusive of love, and to recognise one’s mother may have been deeply unhappy during ones childhood does not automatically mean that she was unloving. But she may have been emotionally starving and turned to her child for solace from her unhappiness- which of course means turning the child into mother, while the mother is secretly the child…Moon-Pluto is not a “rare” aspect. It represents one of several typical family constellations….To use a rather brutal image, it is like drinking poisoned milk. The personal mother is the mediator of the archetypal mother for her child, and of she is wondering blind and despairing in the dark, then she will inadvertently mediate only the Dark Mother – which means, on a more human level and experience of life which is negative, hopeless, bitter, and bleak. The depression will come out in the child. Dynamics of the Unconscious: Seminars in Psychological Astrology Volume 2 (Seminars in Psychological Astrology, Vol 2)