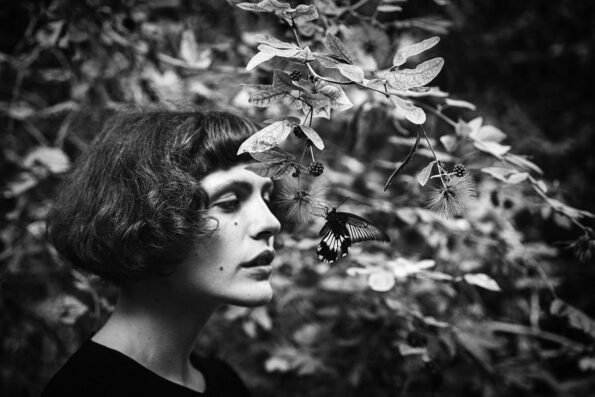 In The Astrology of Fate, Liz Greene tackles a weighty but fascinating topic. In astrology, Pluto is said to play a significant role in determining one’s destiny, and it has also been called “the keeper of life’s deepest, darkest secrets.” This book is an exploration of the hidden aspects and threads that run through an individual’s life, family, and the collective, with the underlying assumption that everything happens for a reason, even great, dramatic epoch-making events. For a very long time, philosophers have debated whether or not man possesses free will and can ultimately affect the outcome of events. The unconscious mind, according to psychologists, is where most of our hidden impulses and intentions originate from, so determinism is often linked to this area of the mind. It is widely held that a person’s life story, script, and destiny are all based on the recurring pattern that forms over time.

One simple formulation of the free will debate among psychologists goes as follows. Are we ultimately responsible for the  subconscious? Something that we might not be aware of. Then, others claim that everything we think, say, or do belongs to us and that, like it or not, no one else has any control over it. It’s something we need to own up to and take responsibility for

What is the ultimate truth about ourselves? Various answers suggest themselves: we are a bit of stellar matter gone wrong. We are physical machinery – puppets that strut and talk and laugh and die as the hand of time pulls the strings beneath. But there is one elementary inescapable answer. We are that which asks the question. Sir Arthur Eddington

As Alice Bailey explains, a person’s unconscious determines his or her fate, but “when man gradually becomes consciously aware, he or she gains greater power over his or her ultimate fate.”

Jung is credited for pointing out the following:

The Psychological rule says that when an inner situation is not made conscious, it happens outside, as fate. That is to say, when the individual…does not become conscious of his inner contradictions, the world must act out the conflict and be torn into opposite halves.

According to astrology, Pluto stands for the desire for life-altering experiences that propel forward personal growth. Pluto is also thought to symbolise “absolute knowledge” of one’s own necessities and future desires in the context of one’s unfolding life, as well as the idea that “arrangements” are being made behind one’s back.

We think of a human being as a distinct definable creature, and its life as complex: …”a glorious accident” a perpetual instruction in cause and effect” “a flame that is always burning itself out” …”a play of passion” ” a comedy to those who think, a tragedy to those who feel”.

Liz Greene has no idea if we’ll be able to alter our destinies or if they’ll shift as we go. Years of research led Greene to the conclusion that some people are more or less fated on a literal level than others, but nobody knows if this is true. There are far more fate-related questions this raises than anyone could hope to answer in one lifetime.

Fate means: It has been written. For something to be written with much immovability by an utterly unseen hand is a terrifying thought. It implies not only powerlessness, but the dark machinery of some vast impersonal wheel…..There is equal difficulty with the more mystical approach to fate, for by severing the unity of the body and spirit in order to seek refuge from the structures of fate, the individual creates an artificial disassociation from his own natural law, and may invoke from the outer world what he is avoiding in the inner. The Astrology of Fate

According to Charles Carter:

A woman with fixed squares voluntarily and cheerfully forsook her own life and lived in circumstances of extreme hardship all her life – and thoroughly enjoyed them. Thus free will enters in; we cannot alter the mainlines of our charts, but we can certainly follow them readily or reluctantly according to our own determination.