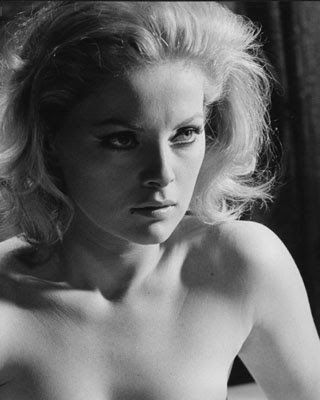 The Moon is traditionally called a Luminary. The Moon is not a planet, but the Earth’s satellite, and it is the second most important celestial body in traditional astrology. Yet, modern astrologers have tended to give the Sun and Moon equal power. The Moon has as much influence over the earth, and the gravitational pull of this body controls the tides, and even some plants only open for Luna alone. Love songs are poetically written under her silvery beams.

The Moon’s nature is feminine and moist and rules women, fertility, marriage, motherhood, emotions, the family, the home, and cyclic or routine activities. This female connection as shown by luna’s more gentle light and mirrored by the changes it undergoes generally reflects the lives of women. The Moon rules over or is associated with the breasts, the stomach, and womb. The womb receives the seed, gestates, and brings forth form. The Moon also rules the growth cycles of plants, food, all-natural bodies of water, and matters pertaining to them, history, the past, and the general public.

In the natal chart, the Moon describes the reflective side of the individual, unconscious impulses, emotional reactions, childhood experiences, the mother-child relationship, and the need for emotional comfort.  The Moon part of the chart gives insight into some of our subconscious motivations and is thought to have no conscious protection. With a general connection to different weird phenomena happening connected to the feminine side of humanity, it is given that the Moon has powerful links to paranormal abilities. The Moon connects to women’s mysterious powers. The abilities to create life from their bodies, their womanly cycles that mirror the cycles of the Moon, their emotions and feelings, their magic. Those who are luna find the changeability and cyclical nature to be a dominant characteristic of life to them. Safety and security and the earth of human contact thus become much more important than any sense of purpose, because life id full of fluidity and must be coped with from day-to-day. Luna types are especially gifted at keeping their feet on the ground and dealing with events and people in a sensible, reassuring, and compassionate way.

THE MOON Just as the sun and moon are the two most significant celestial bodies for those of us inhabiting Earth, so are the Sun and Moon in the birth chart dominant in the soul’s present life, and are likewise important. Jung attributed the powers of the Sun to the male archetype, and the powers of the Moon to the female archetype; thus the Sun and the Moon represent the classic polarity between the yang, or the active, influential, male essence, and the yin, or the passive and receptive female essence. As such, the Sun symbolizes the patron father, while the Moon symbolizes the nurturing and protecting mother, as well as the home and family. In nature, the moon reflects the sun’s light, so that astrologically speaking, the Moon represents the principle of reception and response. This principle in turn symbolizes the emotions and one’s capacity to sense and to reflect the moods and needs of others; thus the Moon is also identified with care and sympathy. In addition, the Sun represents the present, and the Moon, the past. The Moon reflects what a person was in the past, whether in this incarnation or in the overall past of the soul. The Moon represents the gamut of experiences, memories, impressions, and habits of the past, as well as patterns and behaviors that come naturally to a person. We feel comfortable with these patterns immediately upon birth, because they are already familiar to us, having been rooted in our subconscious. The Moon shows us the roots of our self-image. It expresses the incarnating soul’s deepest needs for security, as well as the means by which the soul searches to fill this need. It also expresses our instinctive reactions and the ways in which we automatically protect ourselves. The Moon represents the subconscious, while the Sun represents the conscious. As such, an astrological look at the relationship between them (for example, the degree of compatibility between their signs and the aspects between them) shows the degree of a person’s capacity to integrate the conscious self and the subconscious self. This integration is what contributes to the completeness of the personality. Karmic Astrology: Past Lives, Present Loves by Ruth Aharoni