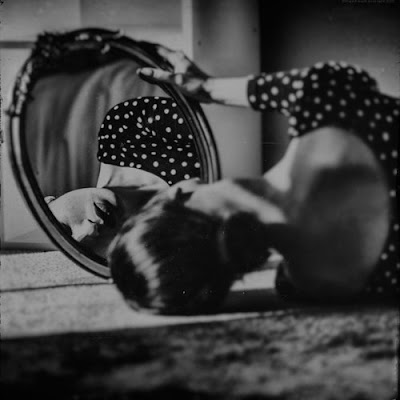 The opposition in astrology occurs when two planets are 180 degrees apart in the chart, and this puts them “opposite” each other. The opposition consists of the elements (Water and Earth or Air and Fire) that naturally feed each other; need one another on many levels. Depending on the chart balance and other factors, usually, one planet is owned and the other planet is often experienced as an opposing force outside, usually projected onto other people in order for this aspect to reflect back its qualities to the individual. Planets in opposition are asking for a resolution, a balance, and compromise. There can be irreconcilable differences in the psyche; there needs to be a mutual understanding of their differences and how each way of life can greatly enhance the other. However, until this is recognized the planets confront one another, collide, and create tension in the life of the soul.

Often with the opposition, the planets can separate their actions; the aspect itself can be very Libran in action. Due to this polarization existing and enacting on some level, there is a split that consists also of an ability to see both sides. Inwardly, the opposition may be unable to make a resolution and the planets will act indecisively, or alternatively, one planet/sign is valued over the other. Inevitably, this will lead to future confrontation soon or later, with the opposing sides of the self needing to merge together. Most astrologers say that one should study the oppositions carefully for a lot is revealed about the signs. Also, in the case of these opposing signs, one of the most important lessons to remember is that in one sign, there is always at least something of the other.

When teaching astrology, Isabel Hickey says that when learning about the twelve signs and their symbols, learn the signs that oppose each other; they have many things in common for they function on the same wavelength, but are opposite poles.