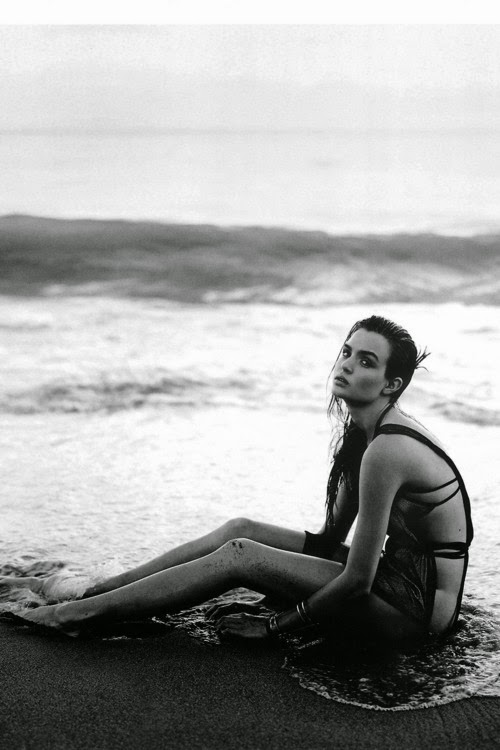 In Roman times, Pliny is the story of the boy and the dolphin, which connected the sea creature to death and the afterlife. This story evokes such a powerful image in the unconscious that even today we see fountains featuring the boy and the dolphin. In Pliny’s story, a small boy, very likely an orphan, went each day to feed a dolphin and enjoyed a ride on its back. One day when its human friend failed to appear, the dolphin went in search for him. It finally found the child, drowned. The dolphin brought the boy to the shore and remained with him to die itself. On Greek funerary vases, Hermes, Guide to the Souls and the dolphin appeared together, the two friends to mankind who aided departed souls to find their way into the afterlife. The dolphin is a peculiarly Piscean type of kindness, for it laid down next to the boy and died. It did not distinguish between its own life, its own interests, and the boy’s. In the cosmic ocean of feeling, there are no boundaries, no limits between one creature and another. A Pisces hearing a friend tell of his pain will soon be in tears along with the friend out of sympathy and empathy. If Pisces lies down and dies with the person rather than distancing himself mentally (establishing boundaries) it becomes difficult to help the friend find a solution or a way to cope with the problem. Archetypes of the Zodiac (Llewellyn Modern Astrology Library)

No matter what the individual behavioral pattern, all Pisceans must occasionally retreat from people and be totally alone. Pisceans are so prone to assuming the feelings of others and thinking of these absorbed vibrations as their own that they need regular periods of solitude in order to get back to themselves. They must retreat to build up their strength so that they may again face the onslaught of the outer world. This cycle is essential with periodic cleansings, his waters would soon become polluted by his and other people’s negativity. Pisces is a psychic sponge; for this reason, he should use great discrimination when choosing his friends and environment. Alan Oken’s Complete Astrology: The Classic Guide to Modern Astrology

Extreme Piscean defences might look like they are anti-relationship mechanisms. There is nothing particularly relationship-facilitating about locking oneself in one’s room and shooting up, or falling down in an alcoholic stupor. But these may be attempts to preserve a state of ecstasy, which is really a relationship with a primal source. This state of fusion is the very first state we experience, first in the womb and then at the breast. In this blissful place there is no pain, loneliness, suffering, conflict, or mortality. It is the Paradise Garden before the Fall, and at all costs one must defend that place against the intrusion of the outside world and the suffering that actual relationships might bring. Barriers and Boundaries: The Horoscope and the Defences of the Personality

To you everyone deserves a second chance. Water has always been associated with a fresh start. Out of the flood that carried Noah’s ark a new world rises. Baptism-a sacrament integrally connected to water-signifies spiritual birth. Forgiveness is your way of wiping the slate clean. Under the healing waters of Neptune, grudges lose their shape and grievances and their force so that all emotional energy is recycled-like water evaporating into air. Forgiveness is a strength not a weakness. And it’s your particular challenge, as a child of Neptune, to practice something that others will often deride. Forgiveness has its roots in our imperfections, not our perfections. Your sympathies lie with the underdogs and the outcasts. There-and with the grace of God-go you. Ruling Planets: Your Astrological Guide to Life’s Ups and Downs

Like a multi-faceted crystal, the Piscean lives inside a twelve-sided geometric figure which encircles him or her. Thus, each time an attempt to take action is made, all twelve windows must be considered. If Libra is lost in a two sided process of indecision, pity the poor Pisces, lost in twelve! However, the gift of Pisces is not the ability to see clearly from a rational point of view, but rather to look within and answer from the heart, a gift founded upon the belief in a higher power which makes things right. And no matter how out of control humanity seems to get, this underlying theme of the inner savior’s reappearance has kept things going for the last 2,000 years-the Piscean era. Mythic Astrology: Internalizing the Planetary Powers

In many fairy tales there is a peculiar and enchanting figure, sometimes called an ondine or melusine, sometimes called a mermaid, who lives in the depths of the sea or a vast lake, and falls in love with a mortal man. This legend may also be seen in the legend of the Swan Prince-although here the creature from the ‘other realm’ bears feathers rather than scales. And these ancient stories, in all their various forms, have the same basic theme: the union of a mortal, an ordinary flesh-and-blood human, with something from another level of reality. This meeting is fraught with difficulties. There are always conditions attached. And it usually ends in disaster or difficulty, not because it is doomed from the start, but because of the ineptitude of the mortal who attempts to impose his laws and values on his mysterious, otherworldly partner. Usually the melusine agrees to live on dry land, and inhabit a mortal body, so long as her mate observes one special condition. He must not ask her a particular question, or look in a particular box, or enter a particular room at a particular time. In other words, there must be respect for the mysteries of this other realm. And the mortal, driven by ordinary human curiosity and lack of respect for this dimension, inevitably asks the question or opens the box. So the bond is broken, the melusine disappears into the depths again, and he is left to sorrow. Or, sometimes, she drags him down with her, drowning him in her embrace. Astrology for Lovers