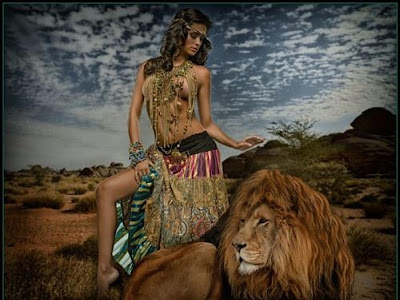 Mars in Leo expresses itself with the strength of purpose, magnetism, and vitality. The individual’s energies are confident, exuberant and dramatic, and their strengths include leadership ability and strong willpower. Whatever the type does he or she likes to put their own personal style onto it, and see themselves as a natural leader. Naturally, others believe strongly in their sense of importance and are inspired to follow.

Mars here never holds grudges, and a person born with this placement will put their heart out energetically, and nothing short of the best will do. Such types are ambitious people, proud and honorable, and expect the same worthy behavior from others. Mars in Leo needs to find outlets for their strong creative energy, there is such an intense desire and motivation to express themselves in the house placement of Mars in the chart.

Mars, when found in the sign of the Lion, competes for center stage in order to assure that they will be acknowledged, but get angry when they are criticised and rejected, deeply fearing the possibility of humiliation. In the face of poor reviews, they feel that they must put on a better performance to win the approval of others and prove they are better than anyone else. They are highly energized by images of themselves as the creator or performer, and desire excellence and can’t bear anything they produce to be sub-standard. Possessing an innate sense of the dramatic, they are completely unselfconscious.

When Mars here gets angry it usually comes out in self-centredness and a hot temper, and it is typically displayed in a dramatic scene. They hate to do things in a mediocre way or fuss about with the details. There may be some difficulty with Mars here in recognizing the wishes, needs, and viewpoints of others. The individual may be too forceful when imposing his or her will on situations which call for greater flexibility and cooperation, and work best when left to run the show; they enjoy being in charge and entertaining.

Above all, they like to project an image of self-confidence, self-sufficiency and be noticed immediately. Excessive pride is one of the pitfalls of this placement and the inability to accept criticism even if it is meant in the best way. They hate to feel small and belittled and their pride often spurs them into battle. Mars in Leo is highly creative and has plenty of energy, determination, and self-esteem. These people need to keep believing in themselves no matter what the critics say, but they do have to be wary of boasting. They are extremely generous, good-natured and optimistic, and a child-like enthusiasm endears them to many. Mars here needs to be seen to shine and excel, and they have excellent organizational qualities. The house where Mars is placed represents the sphere where creative actualization will take place.

Women with Mars in Leo are often attracted to men who are larger than life, self-expressive and who embody all the lionly qualities of loyalty, vision, and heroism. The men exude strength and will-power and always fight for their honor. There is sometimes an overbearing manner and need to dominate others. Fixed and passionate desires and a strong sex drive, they’re usually ardent lovers but are also capable of jealousy and possessiveness, and they may like to show off a partner and be seen with someone who they can be proud of.