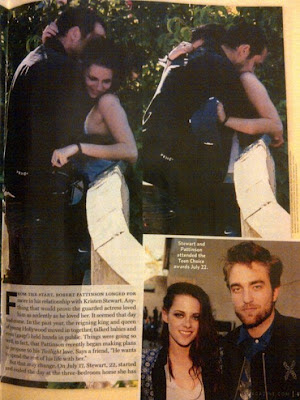 As an enthusiastic astrology student who has been taking notes on transiting Neptune through the watery sign of Pisces aspecting the mutable planets, and stalking the lives of celebrities, there have been some interesting developments already.

I take a real in interest in people as human beings and being naturally inclined to study an individual’s character and conflicts by using the tool of astrology it has offered immeasurable insights into the behaviour of others at certain points in their lives. Since the beginning of my studies in astrology I am less “judgy” about the actions of other individuals. Every person has a backstory, a past, and aspects of their own personality to battle with. One of the most exciting things about getting to know a partner or even a friend is learning their backstory and it never all comes out in the first few meetings and can take several years for different and relevant parts of a person’s past to be revealed. I am not saying whatever they have done is right or wrong, but through the use of astrology we can view it all from a different angle.

I tend to think of transits to the birthchart as a plot in development or a evolvement in the personality. Sometimes we are kept in the dark about something and when it comes to light everything usually takes on a new perspective. Transits are tricky to interpret because you never really know exactly what is going to happen, but we know that will be affected by the shifting planetary movements. Thankfully, over time and by observing thousands of people throughout history astrologers have developed some major clues to the general unfolding of all of these transiting planetary actions.

With this in mind we should move on to one of the big stories of 2012 and the cheating scandal involving Kristen Stewart and her Snow White Directer. This has all transpired with transiting Neptune conjunct Kristen’s Venus.

It made a lot of sense as to why she was attracted to the role of Snow White during this transit and below is a quick interpretation of Neptune by Astrologer Sue Tompkins.

Neptune likes glamour…A definition for glamour is ‘magic, enchantment, spell…a delusive or alluring charm’. Described in this way, the idea of glamour conjures up a world of fairy tales, a world where there are kings and queens, princes and princesses. Spells and fairy godmothers and the like.

Astrologically Venus-Neptune transits affect the person’s sense of realness in a relationship and it can fool us to look outside for the perfect love. Here is what I had written in an earlier post about transits of Neptune to Venus: 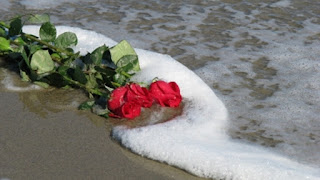 We may be swept off our feet by someone, and seek a soul mate union which transcends ordinary and physical emotional needs. There is often the tendency to over idealize partners during this time, and while it may be magical, it can also be deceptively enchanting. Neptune has a penchant of not seeing clearly the planetary principle it touches, and so coming down to earth from these kinds of relationships is difficult. Yet, we may genuinely fall in love during this period in our lives, and feel that we have really met ‘the one’ and a special soul mate to share our life with.

When Neptune transits over Venus we long to experience the richest, most fulfilling and sublime love. We are incredibly empathetic towards a lover, spouse or new interest. However, we may be completely intoxicated by love for this person that we cannot always see them objectively. The transit often coincides with walking into relationships and not clearly seeing what we are entering into, our family and friends will have the objectivity to see what is really happening, but as far as we are concerned, everything is rosy. We may believe that we have found perfection, but when the enchantment has passed, we will need to come to terms with a real human being, and may risk disillusionment if we believed they were perfect.

In love matters we do have to be careful about being gullible and open to deception, and we may be so inspired by someone that we lose our sense of judgement and usual discrimination. If we have entered a tricky and complex relationship during this period, once the transit ends we may come out of it reeling with a hangover, and feeling bitterly disappointed by it all….Venus-Neptune transits sometimes involve secret and clandestine affairs, and we fall in love with someone who is simply unavailable to us, emotionally and/or physically.

The second individual undergoing a Neptune transit conjuncting her Piscean Sun is Rihanna and she was recently interviewed by Oprah about Chris Brown. Filled with tears for the man who physically beat her in 2009 the singer has been doing a lot of self-searching and it wasn’t until she forgave her father for abusing her mother and a turbulent marriage that she was able to forgive Chris Brown. Rihanna says that she thinks her ex lover is the love of her life.

Under Sun-Neptune transits we feel overwhelmed by our feelings and sometimes the men in our life can often be one of the major triggers. Here is an previous post on Sun-Neptune in transit:

Neptune transits to the Sun could be a time when we ‘lose’ ourselves in another person. We become ‘hooked’ on a relationship and cannot see its flaws. Our sense of devotion is powerful, and in relationships it can incline us towards intense idealisation of another, and we may make needless sacrifices for them. We may even find ourselves at the hands of a “selfish” and domineering partner, child, parent or friend. The Sun rules significant men in our lives and so we may see Neptune enacted in his world. The Sun is the archetypal father image, the ‘heroic principle’ and is usually associated with the male role models in the family and parental line. As a result we may become more suggestible to a male partner under a Sun-Neptune transit.
We have to be careful under such transits of romantic illusions and confusions in our romantic involvements. The presence of Neptune often creates a situation wherein we feel overwhelmed by our emotions over a certain man in our life; finding it difficult to see him as he really is. Sometimes this transit often coincides with the worst disillusions in our life involving men. 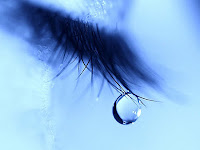 Rihanna’s emotional breakdown is not necessarily a romantic illusion about her ex. Though she does remind me of a reality Big Brother television star who was thrown back into the house with her ex husband (they fell in love on the show) under transiting Neptune (then in Aquarius) opposing her Sun in Leo. Chantelle cried for days on end over the breakdown of the relationship.

Sometimes with Neptune transiting the Sun we need to have the hankies at the ready. I once read a story of a wife who had never seen her husband cry until transiting Neptune crossed the Descendant. Neptune to the natal Sun often makes us feel super-sensitive and vulnerable. An encyclopaedia on the diseases of Neptune lists things like absent-mindedness, accidents by drowning, sleepwalking, suffocation and includes emotional disturbance and crying spells. We have more difficulty holding it together through a Neptune transit, and it feels like we are not allowed to build up our usual protective barriers and defences. We must express how we feel so that emotional cleansing can take place.

“Crying is not weakness or selfishness. Sometimes we hear people say “I’m such a baby to cry,” or I know it’s selfish of me to cry it out but”. We need to remember it’s alright to cry. It’s normal…If you hit your thumb with a hammer and tear flood your eyes, no one is going to say, “You are selfish and childish to cry.” No! It hurts. It’s painful. Grief is like that. It hurts. Deep ties have been severed. You have been wounded by your loss and deep emotion is welling up. You need to cry it out. Too often we are quick to discourage crying, quick to rush to the medicine chest for a tranquillizer. By James W. Moore