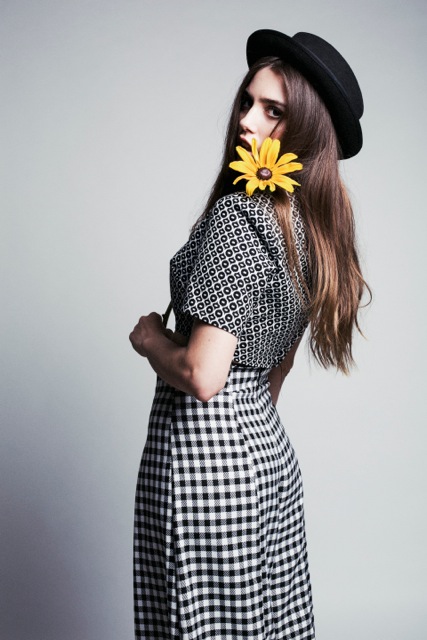 Those with Venus conjunct, square or opposite Uranus have a powerful need for emotional excitement in love. The social nature of this contact is sparkling, fascinating, and electric, and this magnetic quality is often seen through their choice of dress, style, and manner.

Many Venus-Uranus people are quite popular because there is something different, liberating and unusual about the individual. The individual likes to make friends with just about anyone, surrounding themselves with eccentric and non-conformist people. Often those with this aspect enjoy very intellectual relationships with people, and  usually feel comfortable with different kinds of relationships.  More commonly they can be equalitarian and love e everyone equally, learning a great deal in the process.

A few celebrity women with this contact have shown sexual interest towards the same sex and to sexual experimentation. Uranus does seek to break through the norms of society, and many astrologers comment on the strong elemental affinity of Venus and Uranus ruling both air signs. Uranus in aspect to Venus often likes to shock people with their choice of partner; they are often attracted to people who are odd, and relationships may seem a little unorthodox. The type is drawn to people who are different in age, outlook, race or religion.

Sometimes Uranus likes to shake things up in a partnership especially if they have become stuck in a rut and enjoy love which is open for both people to explore every opportunity, developing their own interests outside of the bond. Sometimes these aspects ask us to be autonomous when relating to others, especially if we are prone to dependency. Many people with this aspect reject outmoded forms of being in a relationship and are usually ahead of their time in this area.

Uranus needs to be unhampered in its self-expression and it creates a lot of sparks in love. Venus-Uranus can create a highly tense, excited mood that may create an action that could be regretted later. Sue Tompkins says this is an aspect most prone to ‘projection’. The dominant feeling with this contact is a need for excitement, ‘buzz’, and stimulation. In the worse case scenario, it can lead the individual or the partner to sudden love affairs that satisfy their taste for a variety of new experiences. The aspect can fall in and out of love fast, and is especially prone to sudden intense infatuations.

Venus-Uranus’ best qualities are their ability to be very tolerant about all kinds of relationships. They often shun traditional beliefs, values, or lifestyle. Uranus can never leave things in the status qua and so relationships tend to get upset. The emotional restlessness of the contact sometimes heads towards abrupt, impersonal and an aloof quality to the interaction. Some will find cooperation with others is a problem due to a rebellious quality to their interactions.

These people need to feel that they are free in a relationship, and there is an erratic feeling to love and things being turned upside down unexpectedly. The need of this contact is to explore all of the variations of love in a relationship. This aspect has the least jealous response to a partner’s exit and it can seem to be uncaring, even if deep down the individual really does not want the other person to go. In severe cases, we see a total lack of responsibility or commitment in a partnership. The partner may sometimes act a little unstable, weird, inconsistent and unreliable.

Often clashes arise with the insistence of doing things their own way. They need to express themselves quite freely in their partnerships, and this right that they hold so tightly can create chaos in a settled relationship. It can be a difficult for closeness because of their knee-jerk reaction of jumping back from commitment. Venus-Uranus relationships can be like an electrical storm, and it’s probably one of the contacts most prone to on and off again relationships. The bond could be ended with no warning, and the partner may be left in a state of shock.

Relationships could be recklessly destroyed because one partner cannot see its deeper value. The person with this aspect has a window of opportunity opened in the sphere of relating to others so that they can reveal something within unexplored. Astrologers say the aspect may be more difficult for women because she rejects the expected role of femininity. An individual with Venus-Uranus in aspect may experiment with their finances, or find that their income changes suddenly. The person is excited about romance and art and attracted to progressive forms of creativity.