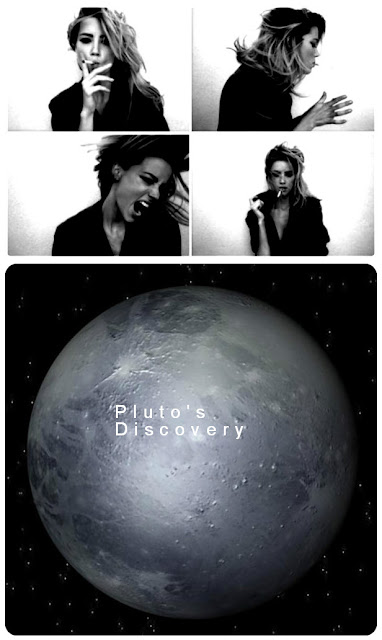 As early as 1905, Percival Lowell thought there was a planet (mysterious planet x’) beyond the orbit of Neptune and he continued to search for it up until his death in 1916. Pluto was eventually discovered on February 18, 1930, at 4 pm. It occurred in the Lowell Observatory, in Flagstaff, Arizona, by laboratory assistant Claude Tombaugh, who was far more consistent, persistent and systematic in his search.

Pluto has a very strange orbit and most of the time Pluto is the farthest planet from Earth, but sometimes Pluto sneaks inside Neptune’s orbit so that Neptune is farther away than Pluto. In fact, the last time Neptune and Pluto played switcheroo was in 1979. Twenty years later the dark planet returned to being the most distant. According to Dane Rudhyar, there is a little secret rendezvous happening between these two outer planets. With many a planet’s orbits, it usually gives clues to the existence of another planet sending astronomers on a wild and frantic search

It is believed the discovery of Pluto is very Plutonian in its style, although it was suspected to exist it pretty much remained in darkness and took years to surface. It also had its ceremonial burial in August 2006, when the international Astronomical Union defined the nature of a planet. Pluto did not meet the requirements of a regular planet and was stripped of its status. Astrologers are still hemorrhaging from reading this statement as this planet has such a powerful force over humanity. So, where does this leave Pluto amongst the astrological community? To us, the planet remains the same and keeps its astrological rank and it has always been unassailable in its influence over human lives. In keeping with its meaning, it became something of a ‘black sheep’  as a non-planet. The recent New Horizons spacecraft did a drive-by past Pluto’s kingdom, kind of an underworld adventure taking snapshots recording its disappearing atmosphere.

The planets’ discovery coincided with the rise of depth psychology, the rise of Fascism and Nazi Europe and also the production of the atomic bomb. The naming of the planet went under heavy consideration with thousands of entries put forth. An 11-year-old schoolgirl from Oxford called Venetia Burney put forth an idea which was accepted; she was very interested in mythology and astronomy and likened the planet’s existence in perpetual darkness and cold to the life of the Roman god of the underworld. The mythological connections seemed obvious since the planet received little light. The name also seemed ideally suited since it was made of the first two letters of its discoverer Percival Lowell.

The surface of Pluto is extremely cold, but scientists are not sure exactly how cold. Some guess it to be somewhere between -378 and -396 degrees Farenheight. The planet is most predominantly made of water-ice metamorphosing into different crystal structures depending on the pressure. Its is thought the bright, icy areas of Pluto are measurably colder than the dark areas. However, it is also believed the inside of this planet is warmer than its surface and the interior contains radioactive elements that naturally break down or decay. When radioactive elements collapse, they give off radiation or energy. 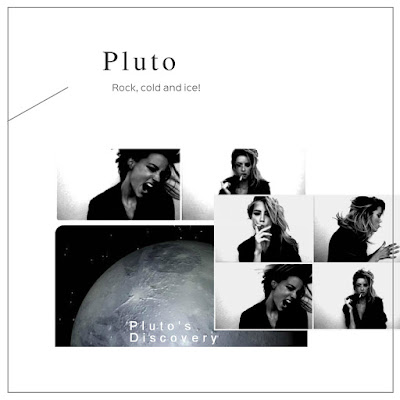 Because Pluto is so far from the Sun it is very dark and everything is a thousand times dimmer. Even though it receives less sunlight, it does receive ultraviolet energy and it creates a chemical reaction in the atmosphere giving off a layer of haze or smog around the planet. Thereupon, what is the meaning of Pluto in the astrological community? Well, many of the planet’s qualities, atmosphere, and its time of discovery give us a lot of information to its nature. For the most part, it can contain difficult subjects such as death, rape and aggressive acts perpetrated against the innocent. The planet also metes out revenge and justice of a, particularly black kind. It also rules loss and every loss always seems to trigger all others, building on each other. As they say, goodbyes are painful especially if they are prolonged. Many people under the influence of Pluto have the gift for concentration and possess kind of tunnel vision when involved in something passionate to their cause, nothing exists outside of it, they are so serious and intense. The whole cycle of life, death, and rebirth is bound to this planet and the understanding that everything we gather around us will perish in the not so distant future.

Saturn and Pluto: The Human Shadow
The Outer Planets & Compulsion
Pluto Relationships: Being in Love and Being in Danger
The Astrology Of Fate
Pluto's Persephone: Collecting Pretty Girls
Scorpio, 8th House and Pluto Stuff
Pluto Healing: Let the Light In
Scary, Scary Pluto