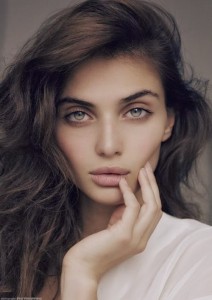 The Moon in astrology is connected to emotions, security and holding on to all of our nostalgic feelings from the past. The Ancients referred to it as the depository of memories, reflections, recollections and dreams. Grant Lewi wrote in Astrology for the Millions: “Thoughts that do often lie too deep for tears” are the thoughts of your Moon’s nature. The wordless ecstasy, the mute sorrow, the secret dream, the esoteric picture of yourself that you can’t get across to the world, or which the world doesn’t comprehend or value – these are the products of the Moon in your horoscope. When you are misunderstood, it is your Moon nature, expressed imperfectly through the Sun sign, that you feel is betrayed. When you know what you ought to do, but can’t find the right way to do it, it is your Moon that knows and your Sun that refuses to react in harmony.

Also, when you “don’t know why I said that,” it was your Moon expressing despite your Sun (if you are innerly satisfied with the involuntary speech), or the Sun expressing against the will of the Moon (if you are displeased with what has slipped out). Things you know without thought – intuitions, hunches, instincts – are the products of the Moon. Modes of expression that you feel are truly your deepest self belong to the Moon: art, letters, creative work of any kind; sometimes love; sometimes business. Whatever you feel is most deeply yourself, whether or not you are able to do anything about it in the outer world, is the product of your Moon and of the sign your Moon occupies at birth.”

The celestial body represents the emotional and feminine self; the part that is dark, mysterious, magnetic and bewitching.The lunar side of our personality rules over emotional instincts, female powers, and the psychic. In the Tarot, this body is ruled by The High Priestess a mystic holding the secrets of the universe. In Ancient Rome, Luna was Latin for “Moon”. In astrology, the Sun and Moon are the two luminaries considered to be husband and wife.

The Moon is responsible for the fluids in our body just as the tides draw in and out of the shore. Thus, being also connected to our hormones, the menstrual cycle, stomach, breasts, ovaries, womb, pregnancy and childbirth. It is out the female body that we are born, and, therefore, the Moon rules the cycle of life. All that is enigmatic in women can be symbolized by this luminous light whose beauty can only be appreciated in complete darkness. It is not uncommon for women, in particular, to be given the lunar gifts of powerful intuition. The Moon also has a powerful and creative imagination; it makes us imagine the worst and the best.

The areas of the brain dealing with language and hearing, women had 11 percent more neurons than men, and the part of the brain associated with memory, the hippocampus, is also larger in women. The ability to observe emotions on other people’s faces is again larger compared to the male. In relation to speech, emotional intelligence, and the ability to store rich memory, women have a natural advantage…Women’s brains have also evolved to deal with possible life threatening situations but in a different way. The female brain experiences greater stress over the same event as a man’s and this stress is a way of taking account of all the possible risks to her children or family unit. This is why, Brizendine suggests, a modern woman can view some unpaid bill as catastrophic as they seem a threat to the family’s very survival. By 50 Psychology Classics

The Moon rules over many of the containers in life: cradles, shells, bowls and boats, and is therefore also symbolic of the part of us that needs shelter and protection. It signifies those pieces of us that are vulnerable, and in need of comfort, safety and security. Furthermore, there is a powerful longing for closeness, deep vulnerability and falling into dependency. It represents the maternal and needy parts within us the mother and baby, and when we don’t feel that our needs are being met we are left with feelings of insecurity, emptiness and the fear of loneliness. When all the children leave home, the Moon is symbolic of the sad empty nest face.

Our Lunar emotions ebb and flow reflecting a whole host of emotions such as sadness, joy, worry, fear, and anxiety, holding sway over what we need in order to feel safe. The Moon also rules over our moods and feelings. It is the background emotions that can be subtle, intense or completely overwhelming and it rules over the nighttime sky. Moods can be incredibly powerful and by observing our Moon Sign and house/aspects carefully, it will reveal the areas that we are over-sensitive. Our moods don’t always have a definite source and are triggered by a lot of the darker, unknown sides of the self. The phases of the Moon describes this dance of emotions occurring in the inner recesses of the soul:

Whenever we reach a peak moment in life, a full Moon moment when things come to fruition, we can be that there is the past which has led to this moment, a hidden beginning when the seed was sown in the dark of the Moon and a time of promise and development when the Moon was in its crescent phase. And we can also be sure that there is a future when decay sets in, and the cycle must continue to its inevitable end because nothing in mortal life remains the same. Then, as the Moon wanes and the moment passes, we look back to the past, and the feeling of the body growing older reflects this looking back to the crescent Moon with its unlived potentials…there is a deep poignancy and melancholy attached to the Moon. The Luminaries: The Psychology of the Sun and Moon in the Horoscope (Seminars in Psychological Astrology)

The Moon’s domain is the evening and rules over the deep exploration of our inner spaces. Commonly referred to as the Mirror of our universe; she is reflecting, shimmering, and absorbing our image. In older times, before we had street lamps, lights, and electricity the Moon was the chief source for lighting the roads and it gave the world an almost black and white nostalgic feel. This otherworldly tone emitted a haunted look to life at nighttime, as the Moon’s shadows draped over the cities, appearing opalescent in the midnight sky.

The Moon doesn’t rule our conscious thoughts and actions, but rules the unconscious reactions of the self, reacting and responding throughout life. The Sun and Moon are both seen as equally powerful forces and complement one another; the Moon’s light illuminates the flow of the everyday feelings of an individual. Without our memories (Moon) would we even have a self (Sun)? The Moon rules our hidden inner selves, cycles, phases, moods, habits and all of the things we do that are automatic and thus almost instinctive.

The part of us that is lunar is brooding and snapping especially when feeling threatened, and there is a tribal aspect of the Moon’s nature, one that is attached to the family name, clan, children, home, tradition and country. It rules our background, roots and heritage, and the place we build our nest. The lunar part of us has a great fear of the unknown and unfamiliar.

The Moon rules over food, and our moods and she is connected to overeating and dieting, something women are especially prone to and the need for comfort eating and turning to chocolate or ice cream when feeling stressed. The Moon also has a great sensitivity to those that are helpless and in pain and is the sympathetic part of our nature that wants to feed and nurture. The luminous side of us is receptive to the needs of others and also one’s own soul.

Finally, the Moon is also related to lunacy, and when there is a Full Moon is it believed that on those nights the crazies come out. Many strange superstitions are connected to this luminary`. For example, it is believed that if a pregnant woman sits with her face turned towards the Moon, her child will be a lunatic. More fantasies surrounding the predictive nature of this heavenly star involve the life and sex of the child that were thought to be influenced by the Moon’s phase at birth. The Moon can also be related to the Wheel of Fortune card symbolizing the changing fortunes of man. The phases of the Moon are very much like the cycle of life and every ending has a new beginning and everything comes all the way back around to a full circle.