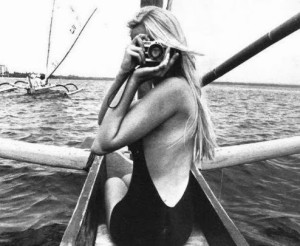 Some people have a vivid memory for visual images and can recall everything in one picture in astonishing detail. I was researching the signs, houses and planets associated with this ability from various astrological authors. The sign of Cancer appeared frequently, probably due to their ability to retain feelings, keep scrapbooks, photographs, and possessing a good and long memory. Pisces also showed up and this is a sign that communicates intuitively, imaginatively and sensitively. Pisces has a vivid imagination and the ability to visualize, and they sometimes possess special gifts for art and music and other forms of creativity. However, apart from the first natal chart, I looked at for “signs” of a photographic memory these signs were not pronounced at all. I found the particular gifts of these individuals were described by other signs and aspects in their horoscope.

According to Franz Joseph Gall, a man that envied his rival’s ability to memorize large amounts of information, far more than he could manage, even though he thought of himself as more intelligent. Gall noticed students who proved to be the ablest at memorization also had telltale bulging eyes and prominent foreheads. Whether or not there are physical clues is something that would probably need further study. However, we do know that it is a common factor for people with autism to experience vivid displays of memory recall. An example of this ability is seen in the chart of Stephen Wiltshire who has been diagnosed with autism, and is famous for his ability to draw a landscape after seeing it just once. He was diagnosed at age 3 and began to communicate through his art. At the age of 8, he began drawing imaginary earthquakes, cities and cars. His teachers encouraged his artistic abilities and found that he could look at a picture once and draw it with amazing accuracy. Stephen is considered one of the gifted people of our times.

Stephen was born with the Sun in Taurus and many of these natives are innately artistic and may pursue art, music, or beauty in some form. The Sun in disposited by Venus in Pisces square Neptune, and this is one of the most prominent aspects observed in the charts of people who are extremely creative and possess an artistic ability. Jupiter is also in Pisces square Neptune revealing a heightened perception, great sensitivity, but they are not always grounded in reality.

The horoscope map also shows that Stephen has a Mars-Saturn conjunction in Cancer and so he is sensitive to his early environment, and this can show early frustration and hardship.  Although the conjunction can show a powerful drive, focus and concentration and copes well with laborious work. The planet of communication – Mercury, is placed in Aries and is directly opposite Uranus, symbolising a quick, intuitive, and fast thinker almost as if the mind takes in information in an accelerated pace. Uranus accelerates the speed of mental assimilation showing the swiftness of his mind.

Another example of somebody with a photographic mind is Laurence Kim Peek, and his ability is possibly related to developmental disabilities, More popularly known as the inspiration for the character of Raymond Babbit in Rain man. However, Peek was not autistic, but by the age of 16-20 months, he was able to memorize things. He read books and memorized them and when he was finished he placed them upside down on the book shelf to show that he had finished reading them. He could read a book in an hour and remember vast amounts of facts, and it was believed he could recall the content of over 12,000 books.

Peeks’ chart does not show any Cancer or Pisces planets or any Neptune aspects. We don’t have an accurate birth time to assess the 12th house or angles in the natal chart. Peek has read over 12,000 books and is taking in a grandiose amount of information into his head. The planet Mercury in his chart is placed in the large sign of Sagittarius (knowledge) and forms an exact trine to its dispositer Jupiter in Aries (learning, Knowledge, and growth).

Those with Mercury-Jupiter contacts are very enthusiastic learners, and they love to explore all forms of knowledge and increase their understanding of the world. They may always be on the quest for more and more knowledge, and have a broad intellectual scope. Sometimes they are involved in publishing, writing, universities, or religious/spiritual interests. Some people return to college when Jupiter has transited over natal Mercury and so it rules all places of learning and growth.

The Sun in his chart is in Scorpio square Pluto creating an intense, obsessive, and penetrating personality, and is usually related to our OCD characteristics in the personality. Pluto is known for taboos and this could be a related theme around mental disability, and the things in society, people choose to sweep under the rug because it is too uncomfortable to look at. Mars is also in the sign of Virgo and describes energy put into details, precision, skill and methodology, and this placement attributed to his energy and passion for studying and often asserts itself in a precise manner. Laurence would stop people in the street and ask them their birth-date and report everything that happened on this day.

Daniel Tammet is another example of someone said to have a photographic memory, with autism, and is particularly gifted in mathematics and languages. In maths, he can intuitively see results of calculations without using conscious effort. He sees the visual images of numbers, and holds the record for reciting Pi from memory to 22, 514 digits in 5 hours, and he speaks ten languages.

Daniel has his Sun, Mercury and Mars in Aquarius, and this is the sign associated with number based systems, and they often like the fact that everything in the universe can be understood in terms of mathematical equations. The Sun in Aquarius also forms a wide square to its ruler, Uranus. Astronomy, astrology and science all work within an intellectual framework.

Greek science perceived every aspect of life as part of a huge living system. Consequently, the development of Greek geometry is based on the idea that the inner structure of the cosmos is number. If we consider the Pythagorean concept of the cosmos, we get profound insight into Uranus. Anything that exists in manifestation starts with an abstract idea, and the purest form of that abstract idea is number. First there is one, or One; and this One can be expressed by both a point and a circle, never beginning and never ending. …One gives birth to two; two generate three; and then a plane figure can be formed. Number is the most essential quality in the universe. Number eventually results in the plane figures, of which triangle is the first, followed by the square; and the plane figures then become solid figures, of which the pyramid is the first, followed by the cube. The solid forms, which Plato wrote about extensively, lie behind the structure of what we perceive as manifest reality….Plato insisted that the study of geometry, like the study of astrology to which he related it, was guaranteed to lift the mind to “external realities”. This is another way of understanding the fire which Prometheus steals. The cosmological system, be it astrology, kabala, “sacred” geometry, higher mathematics, the structure of music, or anything else that teaches us the essential pattern and functioning of the universe, is the quintessential stuff which Uranus reveals to us. The Art of Stealing Fire

Daniel learned Icelandic in one week and was described as not human, but that’s not a nice way to speak about Aquarius, and we know astrologers call Aquarians detached, robot-like and walking computers, but have some heart. He was also described as a genius; Aquarius is symbolised by a human and cares about humanity as a whole. Similarly, Tammet believes we should all liberate our minds (how Aquarian). Aquarius believes in freedom, progress and raising human consciousness. The fact he could learn languages quickly is something we usually relate to Sagittarius, the 9th house and Jupiter, and Tammet has Mercury opposite Jupiter.

According to astrologer C.E.O Carter Encyclopaedia of Psychological Astrology

, Aquarius is a sign often gifted with learning languages because if we put Sagittarius as the 1st sign, Capricorn in the 2nd and then Aquarius is the 3rd sign, we have an association with speech, languages and the written word connecting back to the 9th sign. I really have no idea whether this is true or not, and only those with planets in Aquarius could probably know if this idea holds any water (pun intended).

Overall, no one signature is found throughout the charts for a photographic memory, but their different gifts in diverse areas were explained astrologically by the uniqueness of their horoscope.