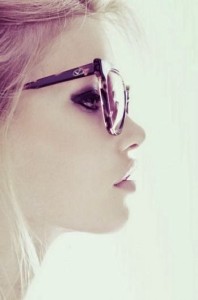 I looked up the chart of the man called the “know-it-all” on his quest to become the smartest person in the world. His name is A.J Jacobs and I have been reading his book – The Know it All.

It recounts his experience of reading the entire Encyclopedia Britannica; all 32 volumes of the 2002 edition, extending to over 33,000 pages with some 44 million words. He set out on this endeavor to become the “smartest person in the world”. The book is organized alphabetically in encyclopedia format and recounts both interesting facts from the encyclopedia and the author’s experiences. By Wiki

Astrologically, A.J has Mercury opposite Jupiter. Maybe the interpretation of Mercury-Jupiter (below) is not such an EXAGGERATION after all. As well as being informative the book is really #humourous and an enjoyable read.

As a clever procrastination device, I pile all the volumes on the floor in one big stack. It reaches past my nipples. Four foot two! Practically a Danny Devito of knowledge. I do a little shadowbox with my new adversary, feint a right jab, then step back and look at it again. It’s a disturbing sight. Is this whole endeavor really a bright idea? Is this the best use of my time? Maybe I should try and accomplish something easier, like taking a course at Columbia University or buying a new bathing suit. But no, I ‘ve made a commitment. I plunk the first volume on my lap. It feels weighty. It feels learned. It feels good. When I crack it open, the sturdy spine gives me pleasant amount of hesitance. And then I start to read. By The Know it All, The Year of Living Biblically, and My Life as an Experiment.

The Jupiterian quest for more information and to be the smartest (mercury) may have been satisfied, but then Jupiter can never be fully satisfied.

Mercury conjunct, square or opposite Jupiter shows an enthusiastic mind, with a large appetite for knowledge, and it can sometimes reflect the restless mind with a quite the collection of books. Areas of interest may be in philosophy, religion, public relations, publicity, journalism, travel, publishing, law and justice. Anything that expands the mind is often pursued and usually the bigger the better. According to Sue Tompkins these people can sometimes be found “embarking on 50 major studies at one time. “Well, maybe not fifty, but quite a few. That Jupiter statement illustrates a Mercury-Jupiter failing, the tendency to exaggerate!” Exaggeration or not those with this aspect seek, like Zeus, to have as many conquests as possible, but not in the sexual sense, more in the world of knowledge, communication and breadth of understanding. By The Astrology Place

The review of the book sounds all very Mercury-Jupiter

Apart from the sheer pleasure of scaling a major intellectual mountain, Jacobs figured reading the encyclopedia from beginning to end would fill some gaps in his formal education and greatly increase his “quirkiness factor.” Reading alphabetically through whole topics he never knew existed meant he’d accumulate huge quantities of trivia to insert into conversations with unsuspecting victims. As his wife shunned him and cocktail party guests edged away, Jacobs started testing his knowledge in a hilarious series of humiliating adventures: hobnobbing at Mensa meetings, shuffling off to chess houses, trying out for the American Crossword Puzzle Tournament, visiting his old prep school, even competing on Who Wants to Be a Millionaire. Indeed, one of the book’s strongest parts is its laugh-out-loud humor. Jacobs’s ability to juxtapose his quirky, sardonic wit with oddball trivia make this one of the season’s most unusual books.

They thought he’d give up on his quest, but fortunately he did not, for his recap manages to impart the joys of learning, along with a lot of laughs. The alphabetical arrangement of his book allows Jacobs to share highlights, many of which show his fixation on the morbid, the insane, and the grotesque in history. Cortés had syphilis. Descartes had a fetish for cross-eyed women. Throughout, the author digresses with anecdotes about such things as his trip to a Mensa meeting, his visit with Alex Trebek, and (mainly) his wife’s attempts to get pregnant. While the pregnancy woes probably won’t hold the same resonance with teens as with adults, they are all short, and soon there is another funny or gross item. As Jacobs wraps up, he leaves readers with the sense of satisfaction and wistfulness that often occurs when finishing a particularly satisfying book, only multiplied by the magnitude of what he has accomplished. This is a love note to human knowledge and the joys of obtaining it. – Jamie Watson, Harford County Public Library, MD