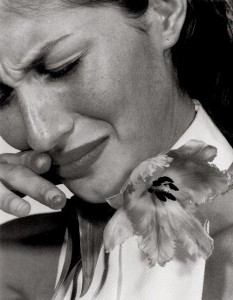 The water houses involve the 4th, 8th, and 12th houses of the horoscope. They are most frequently referenced in the field of psychology in relation to our “inner child” and “repressed nature,” as well as in relation to our “dreaming selves,” and Freud described dreams as “the royal road to the unconscious.”

Everything that is found within the water houses has some kind of connection to the subconscious.

All of this has a very Freudian and Jungian bent to it, and the majority of psychological astrologers find themselves particularly drawn to these places in a natal chart.

The water houses rule over realms filled with shadows, complexities, and haunting memories from the distant past.

If an individual is unable to locate a specific feeling as having been created through the immediate family, they may seek hypnosis or regression in order to be taken back to their early infancy and farther back into former incarnations.

It is commonly held that we can access the feelings that are repressed, hidden, and locked up within us by drawing upon our imagination, as well as the powers of imagery and intuition.

Regarding psychology, there is also the term “repressive-obsessives.”

In order to explain this concept in greater detail, there was an interesting case of a husband who had always been peaceful, but who suddenly turned on his wife one night and beat her terribly.

After he was found guilty and sentenced to jail, his girlfriend expressed interest in attending marriage counselling while he was out on bail.

Many therapists hypothesised that the problem sprang from a troubled childhood, and that the wife was blind to her husband’s abuse because she, herself, may have been a victim of abuse in her childhood and repressed her memories of it.

After reading a book about reliving your past, the wife came to the conclusion that these beliefs were accurate.

According to the author of the book, even if you don’t recall anything from the past, the emotions from that period can control and even destroy your life.

It was believed that the husband had a lot of pent-up rage, and as a result, he ended up blowing his top. A therapist who also worked in neurology observed that he had an unusually rapid movement of his eyes back and forth. In addition, psychiatrists saw that his hand had a very little tremor that they interpreted as a seething rage. The man was sent to get a brain scan, which revealed the presence of a rare form of slow-growing tumour that often manifests in middle life but is curable if discovered at an earlier stage. Despite this, the man passed away two months after the condition was diagnosed. It goes without saying that this is an extreme case; yet, it drives home the point that we are being overly psychoanalytical, and as a result, we may not be as damaged as we imagine.

As soon as we go into the muddy terrain of our feelings, we are forced to take a closer look at who we are on a more fundamental level.

The water houses are those more profound levels of the unconscious that are shared by all of us.

Jung referred to them as ancient riverbeds along which our psychic current travels, both exposing and concealing aspects of ourselves.

It is the essential foundation upon which our manner of perceiving the world and the inner patterns of our psychic growth are built. The water houses have the potential to be obscuring, engulfing, and even suffocating at times.

The water houses as a whole encompass the whole of the family tree and have the potential to be weighted down by issues pertaining to guilt, shame, negative feelings, addictions, grief, sadness, and being a victim.

Psychoanalysis is simply a game of hide and seek, in which you continue to relinquish responsibility for your actions and reality and assign the basic cause to some part of the psyche, hidden, dark forest of the past. Then you give yourself the task of finding this secret. In doing so you never think of looking for it in your conscious mind, since you are convinced that all deep answers lie far beneath. The Nature of Personal Reality: Specific, Practical Techniques for Solving Everyday Problems and Enriching the Life You Know (A Seth Book)

The water signs/houses are in touch with their feelings, in tune with the nuances and subtleties that many others don’t even notice. The water element represents the realm of deep emotions and feeling responses, ranging from compulsive passions to overwhelming fears. Astrology, Psychology & the Four Elements: An Energy Approach to Astrology & Its Use in the Counseling Arts

A good number of us have read works such as the outstanding Your Secret Self: Illuminating the Mysteries of the Twelfth House, and we have been strongly encouraged to confront the ghosts of our past and meet with our inner demons and angels.

However, there is also a need to find a healthy balance in this area of astrology psychology and not be irrationally obsessed with what is lying dormant in the unconscious.

Only focusing on the negative, and heading off in search of repressed memories that might not even exist.

People who are ruled by water signs and houses, as well as those who have strong aspects involving the Moon, Neptune, or Pluto, are more likely to fall into the trap of allowing their inner complexes, neuroses, and fixations to overpower them.

In his book Astrology, Psychology, and the Four Elements, Stephen Arroyo offered a simplified explanation of the meaning of the water houses as well as the answer to this puzzle.

He wrote as follows:

The three houses associated with the water signs (4,8,12) make up what is called the “psychic trinity” or the “trinity of the soul. “All of these houses deal with the past, with the conditioned responses which are now instinctual and operate through the emotions. Planets in these houses show what is happening on the subconscious levels and indicate the process of gaining consciousness through the assimilation of the essence of the past, while simultaneously letting go of the useless memories and fears that hold us back. These “water” houses symbolize the most profound yearnings of the soul; for they indicate the process by which emotional residue from the past be purged before the soul can express itself clearly and actively. Astrology, Psychology & the Four Elements: An Energy Approach to Astrology & Its Use in the Counseling Arts

In spite of the fact that the water signs, houses, and planets take us through time and allow us to relive the past, we also gain the knowledge that Cancer, Moon and the 4th house serve as a reminder to take care of our emotional health.

Compassion will grow within us, helping us in discovering our own internal source of spiritual sustenance as we work with Pisces and Neptune in the 12th house.

There is a desire to eliminate what we have outgrown as a result of Scorpio and Pluto and the 8th house.

Plutonian archetypes force us to grow and mature via experiences that we would rather avoid in our lives, but it also has the potential to give us a sense of inner rebirth. We are not helpless victims of our own feelings; rather, we have the ability to finally achieve consciousness as well as liberation, and we should avoid engaging in excessive amounts of psychoanalysis.