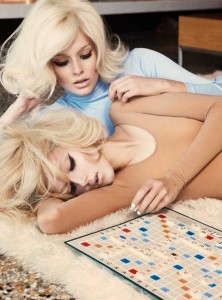 The first thing we notice about Gemini, whose sun sign is depicted by the faces of twins is their mental agility. Gemini rules the mind, which belongs to the world of opposites. It understands through comparison, and if we look at its workings we are constantly comparing one thing to another (today is warmer than yesterday). The mind is always caught between opposites, as in spring and fall, life and death, male and female. One of the main purposes of their life is coming to terms with these opposites within and accepting them as complementary but opposite poles of the personality. It is the only zodiac sign to really handle and understand such extremes and relate them to one another.

The sign represents an important stage for the resolution of dualities. Alan Leo states that the mutable nature of Gemini has to do with the ‘transference from one state of mind or consciousness to another’. In terms of imagery, the sign has been compared to a social butterfly, lightly flitting here one minute to gather information, then flying off to lightly flit somewhere else the next, cross-fertilizing as they gather more and move on.  According to karmic astrology, the task is to communicate the self to the world, to find the light of their being through exploring the path of information, but the individual is often confronted with polarities of truth, and living something of a double life.

It has always been quite difficult to grasp what the Geminian path entails as we are often confronted with reading about two people inhabiting one body, and it can be a somewhat strange interpretation, however, many Geminis often say this is true of their character. The light and dark side of the personality, the realistic and spiritualistic, the public face and the real identity, or the naughty and nice sides, all come into some kind of conflicting dual. It all eventually mounts up to the vital lesson of learning to accept both personalities as part of  their inner reality and to understand their nature is changeable and destiny will invariably revolve around this same dilemma.

With mutable signs (Gemini, Virgo, Sagittarius and Pisces) there is nothing fixed about them. Rather than perceiving this as a split in the personality, and a problem of apparent severance, diffusion and extremes in moods; it would be better to try and align these animating powers of the personality. In esoteric astrology, it is believed that Gemini reaches its perfection when his lower nature is joined with his spiritual nature and the uniting of energies is actually when the individual finally achieves the greatest psychic strength so that they are not in constant division.

The ancient sages remarked that the sign of the twins is two different people with two sets of values and opinions. By being of a multiple nature, it reminds us that there is not just one way to look at a person or a problem.  Being ruled by Mercury, planet of communication, and quicksilver element – endows its subjects with the constant desire for mental activity. Words spill easily from the mouth, and sometimes the individual cannot stop talking, possessing a mind constantly racing ahead onto something new. We can also find small talk and gossip under this astrological sign. Apparently two-thirds of conversation is about other people with 90 percent of it criticism and a lot of it in the form of jokes, mockery, and pantomime and often done when the recipient is within close earshot. A Gemini individual finds humans to be most interesting and will chat to anyone, anywhere. As much as it seems as if the individual is all superficial glib, there is a profound gift for writing and a talent with words. The solar part of their identity is only fully lit when immersed in the illuminated world of word-play, connecting one thing to another, and excelling as journalists and writers.

As we know there are two sides to every Gemini. It can be difficult for the type to understand their paradoxical character perfectly, but they also understand there is more than one side to any story.

Gemini: Songs Of the Zodiac:
Urban Astrology Signs
The Air Signs: The World in Our Heads
Gemini-Sagittarius - Map Reading
The Socialites: Gemini, Libra, and Aquarius
Sun in Gemini - Unable to Relate Emotionally?
Gemini: 8 Cosmic Keys
Gemini: I'll Give You the Sun