Pluto in the 5th House 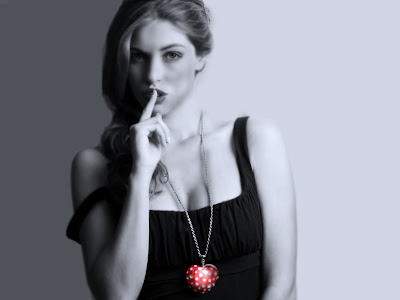 With Pluto in the 5th house, there is a powerful urge to express creativity, and art may be pursued with an obsessive passion. Artwork and hobbies are expressed with drama, intensity, and even heaviness. Creative gifts may be out of the ordinary and have a profound effect on others. Those with Pluto here have strong creative forces in whatever they do, and they want to do it to the fullest. They will need to do something totally, passionately, and even become obsessively involved.

However, they may have to confront psychological blocks and re-examine early childhood and see what type of encouragement was received and how others responded to their taste for drama. The labor of creating something can be a long and painful process until they face whatever complexes are rooted in the 5th house. Still, their desire for personal recognition is compelling, and if they do not achieve personal success, they may try to force their children to fulfill their desires for them.

Pluto in the 5th house is over-protective of loved ones and children, and they share a deep and loving bond. The birth of a child can completely transform their life. The eldest child may undergo a crisis of some kind, or their personality is strongly Plutonian. Astrologer Sue Tompkins says:

A deep desire to have children can be indicated with this placement, which can also sometimes be indicative of miscarriages and abortions if other factors in the horoscope concur. Occasionally it equates with putting a child up for adoption.

Love affairs are often consuming and emotionally exhausting and they may become obsessed, fixated, and jealous of a lover. Pluto in the 5th house is popularly known amongst astrologers as the “fatal attraction” position, and it sometimes indicates a secret or hidden affair. The individual may fall in love with someone who is passionate, jealous, domineering, or emotionally turbulent. Pluto here is not likely to take the affairs of the heart lightly and each romance is seen as some kind of fate. Pluto in this position may also indicate a hidden need for love, flattery, and attention.

According to Jeff Green

They can act as natural leaders and pioneers, and objectively understand how to guide individual development and actualization of those they touch. The other day I was watching several children play. They were all four and five-year-olds. At one point an eighteen-month-old baby wandered by these children. This little girl had a tremendously powerful aura. All the four and five-year-old children stopped what they were doing and began to follow her. Mesmerized they simply fell in line with this child. After watching this scene I asked the mother for her birth data. As it turned out, the little one had Pluto conjunct Saturn in the 5th house. This intrinsic leadership capacity created an almost Pied-Piper – like effect upon the four and five-year-olds even though she was only eighteen months old. Pluto: The Evolutionary Journey of the Soul

A powerful sense of self-importance may be present, alternatively, they hide their creativity and sense of specialness. Sometimes art is created in reaction to trauma, conflict, or upheaval, and creative self-expression is used as a healing tool.