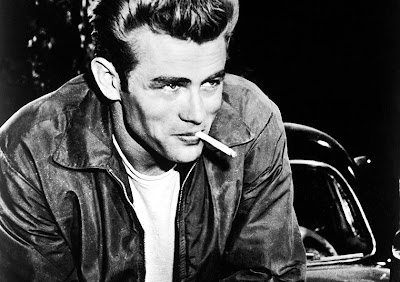 The Uranus type of man represents those rebellious, progressive, and free spirits in society. The movie and archetype for this type of individual is Rebel Without a Cause. The film is about a group of young delinquents. Jim, (played by James Dean) is a new teen in town, and he rebels against his parents, police authorities, and school. The young teen is arrested on a drunk and disorderly charge one night at the station and meets the lovely Judy, who is acting wildly in frustration over her cold and distant father. Things don’t run smoothly for the rebel and he gets involved in a dispute at school with a bully named Buzz. After watching The Big Bang theory, at the planetarium, he goes outside and witnesses Buzz slashing his car tyres. The two fight outside and Jim, holding the razor sharp edge of a knife to Buzz’s throat, wins.

Jim is challenged to race him in a “chicken run”, and anxious to fit in with the others he agrees to race. At the top of a cliffside they speed towards the edge, and whoever jumps out of the car first, loses. The story about a group of self-willed teens signifies the search for a” cause” and pursuing the ideal. The movie has tragic consequences as one boy plummets to his death. The teens in the movie are outsiders, outcasts and youngsters living on the edge, they don‘t fit in. Most of the problems are due to a lack of an authority figure/father. Jim views his father as the henpecked husband and it’s difficult for him to have respect for such a man. Wild teens could be ruled by Uranus, and this planet is considered the divine rebel of the planetary gods. Jim, is the classic misunderstood teen rebel.

The Uranian man wants change, freedom, and progression. Rules, boundaries and restrictions, limit him from living out his full potential. He may be seen as a misfit, social outcast, or odd, and he doesn’t always do what is expected. A powerful Uranian man acts like a vibrant force in the lives of others, running through like an electrical current, shocking others, and stirring up excitement. His intent is to break free from conventional attitudes and controlling forces but may find himself in trouble with the government, police, and the system. Uranus resists anything traditional and repressive and is often viewed as an uncooperative and explosive force, and usually, sudden and shocking events surround him. The Uranian man may also be prone to fits of violence and lives life on his own terms. Many people doubt him and see him as too much of a “wild card” and urge him to take more responsibility. Others will try and suppress his energy, and he will violently resist. The Uranian man is usually innovative and exciting, but never dull.

He may not be a lawbreaker/rebel or misfit. Another expression of Uranus is high intelligence and originality, and he may have the mind of an inventor, foretelling new trends ahead of our time. Friends and other like-minded individuals are important, and he feels less isolated. Uranians are not bound to the family through blood ties. Uranian people may also enjoy the Internet and joining groups that hold the same ideals. Technology, Science, electricity, aviation and space are all Uranus pursuits, even an interest in other subjects like extra-terrestrials, astrology, or the occult.

Uranian energy also signifies detachment, and sometimes detachment can be a good thing because the Uranain man sees things from a clearer perspective. In extreme cases, he suffer sfrom mental or nervous instability. He may often state his “truth” in an extremely opinionated fashion, and doesn’t care what others think, and in social situations, he may cause embarrassment with sudden outbursts and tirades. The Uranus impulse is unpredictable and acts as an agent for change in the environment, but he tends to stand out like a sore thumb at school or other conventional places; it is difficult to put him into a straight jacket.

The Uranian man intuits that there is more to life and most life events come “out of the “blue“, so be prepared for the unexpected. Eminem and Bob Dylan are also both Uranian in nature. In the worst-case scenario, he ruthlessly imposes his ideas with tyranny and radical idealism. Uranians can be the movers, shakers, and iconoclasts of our generation. The urge for freedom can be expressed internally. Be prepared, because he might not want to go down the traditional route of marriage and children and if he does, he must always have the freedom to explore his potential. He never wants to feel trapped and stifled in a relationship. Uranians refuse to live a banal and ordinary life that is drab. The 9-5 job can be suffocating, so he often needs his own hours. If he feels something is old, outworn, and past its sell-by date, he seeks to change it. 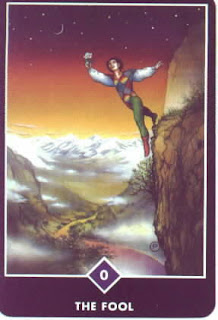 In the tarot, the Fool represents Uranus, a wild youth. It signifies the impulse to jump into the unknown and live close to the edge. The “fool” never plans anything and just lives with his ideals. The tarot card is reminiscent of the scene in “Rebel Without a Cause” when Jim and Buzz are standing at the edge of the cliff. Through extreme recklessness, Buzz, fly’s off the edge and plummets to his death. The Fool in the tarot card depicts a man with a dog and he has no idea that he is standing directly above the abyss. Sometimes Uranians are literally so close to the edge of their minds/sanity that they suffer from reckless accidents through impulsive natures. People may call the Uranian man foolish, but he tries the untested, even if he doesn’t know the path that lies before him.

The Uranian man is in your life is there for a reason, and he is trying to get you in touch with your unexplored potential and to live life on the wild side now and again. To live with more freedom and caring less about what others think, is to really be free. When this guy crashes into your life things are never going to be the same. Encounters with him are lively, exciting and enlivening. It will be totally different from anyone or anything you may have experienced before. Uranus is electric, magnetic, unusual, and spontaneous. If you like to keep things moving and enjoy new experiences; the Uranian man can be just what you need. Uranus is all about the experimental, the original, eccentric, and different. Uranus spins horizontally on its axis in space and is ruled by air, the lightest and freest of all the elements.