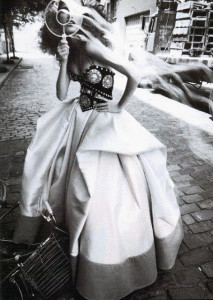 The use of orbs is a common question among astrologers, and it sometimes creates much debate and argument.

In natal astrology, I use wider orbs and have found they work, but some astrologers won’t go past 5 – 6 degrees for major aspects and others will be more generous with the use of an  8-degree orb. Astrologer Liz Greene uses 10 degrees for all of the major aspects and 6 degrees for the sextile. These are also the degrees she uses for the transiting planets. I follow her lead on this one. Sometimes, I will even extend some conjunctions and oppositions to 12 degrees when they seem to be working powerfully in the native’s life.

I use 5 degrees for transits. Prior to the actual aspect to a planet, or to the exact crossing of a house cusp or angle, one is given the opportunity to prepare for the issues that will be occurring. These opportunities are associated with premonitions and or “forebodings” about the “things to come.” Externally signs or events of what is to come can manifest themselves on a very tentative basis. These signs or events will commonly be very irregular and disjointed, and have little apparent bearing on one’s immediate reality. Of course, many individuals dismiss these signs, pay no attention to them, or are simply confused as to their significance and meaning.

For those who have been travelling the path of realization the capacity to understand and interpret these events and signs can help them prepare for what is to come. At minimum these events and signs will catch their attention and they will attempt to understand what they portend for the future. Thus, some kind of preparation will occur. Jeff Green

Some astrologers will only allow a 1-degree orb for a transiting planet. I honestly, being upfront about this, don’t understand the reasoning. If the majority of astrologers read natal aspects at generally around 8 degrees applying and separating, why, then, are these same astrologers using such a tight orb for transits? If we are said to feel the energy of a natal aspect when it is 8 degrees wide, then why isn’t the same logic used when analyzing the transits?

The quicker moving planets, well, I will often use a smaller degree because there isn’t much time to prepare for a “minor” event, they pass too quickly for anything to be really noticed during the build-up period. It’s the larger transits of Jupiter, Saturn, Uranus, Neptune and Pluto that we examine for all major life events. Neptune and Pluto move at the slowest speed and have the most far-reaching effects on the individual.

Many astrologers use wider orbs; they allow up to 14 degrees for aspects involving the Sun or moon, and 10 degrees for planets in aspect to each other. In the authors combined experience of eighty-four years in counseling and teaching, they have observed subtle leanings with these wide orbs; however, they are not overtly active or expressed in the life. The more exact the aspect, the stronger will be the expression of that which is promised in the aspect.