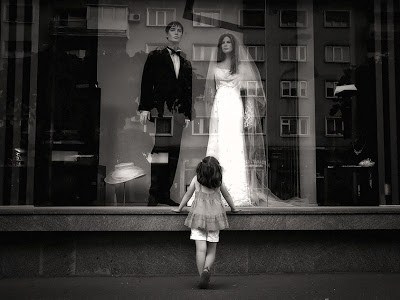 As a result of Saturn’s position in the 7th house, it’s likely that some of your goals will be related to love and marriage. It may be hard to find the right kind of partner, and as a result, there may be delays and obstacles in forming real relationships and in consummating marriage. If Saturn is here, it could mean that you get married later in life than is conventional. True emotional display may be lacking on the part of one partner, but this should not be taken as a reflection on the authenticity of the marriage. It’s common for one partner to be career orientated while the other remains pragmatic when it comes to various partnership-related issues. You can tell the difference between the real thing and someone just looking for a casual fling, and you find yourself drawn to people who are ambitious in their goals and who will be serious in a relationship.

The point of most committed relationships is to find someone to spend the rest of your life with; this person should share your values and be enthusiastic about your professional goals. A good partner may be someone who is a hard worker, conscientious, and has all the essential qualities, or it may be someone who manages affairs well and is very industrious. A partner’s occasional seriousness or lack of humour may be off-putting, but if they start making plans for joint retirement and other financial commitments, you may find that they’re actually quite attractive. A partnership may be treated more like a business transaction than a romantic one, and one partner may be overbearing and guarded at times.

A man’s Saturn in his chart can be reflected in his choice of mate in the following ways:

Composer Yehudi Menuhin, who later wed ballerina Diana Gould, has Saturn in the 7th house of his horoscope. In reality, most of the men marry Saturnian women, who are known for their efficiency and attention to detail in the home. When Yehudi’s career began to take off, Diana’s attention shifted to him, though she occasionally experienced “agonising yearning” for her former life as a dancer.  He had no doubts about her dedication to the team. This woman was fiercely protective of him, and she worked tirelessly to provide him with the best possible environment in which to showcase his talents (she was notorious for her sharp tongue). She accompanied him on every one of his many trips abroad. Although she hated having to leave her kids with strangers, she knew she had to be by Yehudi’s side to help run the family business. His public appearance schedule was set up two years in advance, and Diana would spend up to 17 hours a day handling all of his paperwork and arranging his travel. She was honest with herself, referring to herself as “the horribly candid and frankly awful Diana.” He called her “my heavenly host on this earthly journey” and “the ever-trustworthy and inspired partner of a lifetime” in his tributes to her.

According to astrologer Liz Greene, a person born with Saturn in the seventh house is predestined to experience a fair amount of heartache, isolation, and disappointment before turning inward on a spiritual quest. Learning to be an equal partner and working within the constraints of a relationship are two additional challenging lessons.

In alchemical symbolism this marriage is always accompanied by darkness and death previous to the distillation of the elixir; and the darkness which often accompanies a seventh house Saturn is matched only by the brilliance of the gold which is also promised. Saturn: A New Look at an Old Devil

Saturn’s position in the 7th house can cause you to be wary of committing to a romantic partner, and this reluctance to fully invest in a relationship can stand in the way of finding true love. Marriage partners are sometimes viewed negatively, as an extra chore or a limitation. There will be times when you feel like your marriage is holding you captive. If you’re feeling insecure, having Saturn here may prompt you to overanalyze your relationships and push for more concrete promises from your partners. This position could suggest that you’re looking for someone who can help you out in the home and the workplace, and that you need more time to fully evaluate a potential partner. You want to find someone who can provide a stable, secure life, and you place a high value on their reputation and social standing. You carefully weigh your options before making any long-term commitments, such as marriage, because Saturn in the 7th house stresses the significance of having goals in a romantic partnership.

A poor choice of a partner, a partnership with a large age gap, a connection with someone in a different socioeconomic bracket, or someone significantly further along in their career are all possibilities. The majority of the time, a partner will be dependable, diligent, and trustworthy; however, they may also be cold, distant, disinterested, limiting, and inhibiting. Saturn in the seventh house emphasises the importance of commitment, so you should only get involved in a relationship if you’re ready to commit to it. You need to know you’re going to pick the best option. You want a traditional wedding with a church and all the trimmings because Saturn is attracting your attention to this aspect of relationships. Saturn’s tenacity and dedication to a relationship should never be underestimated, and you often prove to be a sensible and true partner; anyone who is lucky enough to have you is lucky indeed. You may choose a more conventional partner, marry later in life, or opt for a more experienced and stable companion.