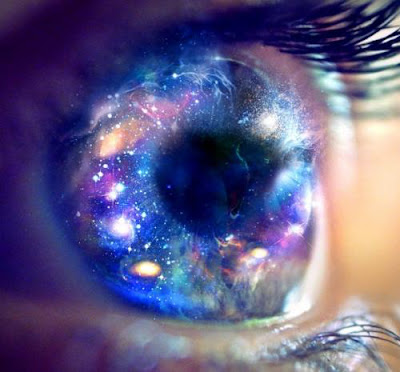 Uranus is the planet of revolution, change, and the breaking of old patterns. It is the part of us that is original, inventive and rebellious. We feel the need to break free of limitations and to free ourselves so that we can explore other things in our lives. Uranus is known as the great liberator, ensuring that we stay true to our divine purpose and live out our unexplored life. Convention, expectation, and duty are all confining words to Uranus. The planet of rebellion has an aversion to anything obligatory and this can have an unsettling effect on others, and so the individual under such a transit may appear to be inconsiderate at times.

Uranus Transits in the Horoscope

We feel the intensity of the planet through the channels of freedom and Uranus transits can be the most liberating time of our life, offering us a new and interesting path to follow. We strive for independence on all levels – emotional, material, and intellectual, so this is usually a good time to make new contacts, experiment, and make discoveries. If we have been stuck for some time, Uranus opens us up to a whole new lease of life. Uranus’ colour is electric blue, and the planet is the wild card in the deck.

Uranus rules computers, unconventional studies, science, space and electronic interests. The modern age, technology, electricity and astrology also fall under its umbrella. The planet stands for everything that is mad, crazy and even genius. Uranus rotates on a peculiar axis out in space.

When all is going well under a Uranian transit we usually find quick solutions to problems. If it forms aspects with our natal Mercury and Jupiter (friendly expression), the rulers of thought, learning and writing, then we will usually want to take up a new study, travel to somewhere different and open our minds to more possibilities.

When Uranus comes to oppose its natal position at around the age of 40 we reach a mid-life crisis and start thinking about all our unlived potential. People have been known to end a long-term marriage and become infatuated with someone outside of the relationship, running off with this other individual that appears to be offering a ticket to freedom. We often dress younger under a Uranus transit and feel more like a teenager again. We may even suddenly quit our job and decide on a whole new career path. Others might think we have gone completely crazy, and it is not uncommon for people to act on impulse. Astrologer Lyn Birkbeck calls this transition one of blowing a few ‘fuses’ – the fuses being whatever resistances, habits or conformities of behavior were installed earlier in life in order to get by or fit in.

An individual during significant Uranian changes may seem to be acting a bit cold when they ‘cut off’ suddenly from old ties, holding them back from realizing their true potential.

The events this movement might bring is often unique to each individual. However, there are obvious needs for a different perspective, a change, and growth to occur for every single person. For example, two women under Uranus transiting natal Jupiter have bolted suddenly from the confines of an abusive or unfulfilling marriage. Uranus can trigger breakups in relationships, and usually, it is born out of a need for freedom. Quite often squares to personal planets (Sun, Moon, Venus, and Mars) can shake up relationships. Sometimes we find that we have changed and outgrown our partner and have new goals to pursue. We can have whirlwind love affairs that happen fast and progress even faster.

Uranus transits can be exciting and exhilarating and we can try something new and untried. It can bring a period of new insights and a sense of release, something changes significantly. The social life is much more exciting under Uranian transits especially when Venus is involved and if a new relationship happens, it is usually with somebody who has a very different background, upbringing, and personality. Uranus transits to Venus (love, beauty, and art) may alter our finances, opening us up to new talents and artistic ventures.

If we like routine, Uranus transits can be difficult. Many of us feel bored and want change in our lives and begin to get restless, itching for something to happen unexpectedly. We may find it hard to relax under these transits, and the drive for independence is usually powerful, particularly with Uranus transiting over Mars. Extreme willful energy may reveal itself through accidents with sharp objects, sudden surgery, fire, electrical shocks, mishaps with machinery and vehicles. The sudden onset of panic attacks and nervous energy, twitches and tics are also common.

Accidents or mishaps happen, but they are usually a sign that we have been repressing or ignoring something important that needs to change. We often need the shock to take a look at what we are doing and where we are heading in life. A Uranus transit is felt when electrical items begin to act oddly around us, and others rebel, react explosively, disruptively, and life begins to feel out of the ordinary. We may be acting more eccentric than usual, unpredictable and out of character. Uranus transits can lead to sudden, unpredictable and shocking events. Dannion Brinkley was struck by lightning when Uranus transited his Sun leading to a sudden psychic awakening. Uranus tells us that it is time to take that leap to explore something that we have always wanted to try.

We are extremely self-willed under an Uranian transit and can be disruptive, and the disrupting side of this transit can bring sudden turmoil. Uranus transits to the Moon can bring with it sudden upsets at home, calling for change. The personal life is subject to surprising developments, and things could be turned upside down for a while. With all this freedom at hand, we may feel a sudden burst of energy pulsating through our veins like an electrical current. We are super-charged and given an individual jolt to get ourselves moving and living a life that makes us feel more awake.

Under Uranus transits, there is a strong desire for unique self-expression, and we may put ourselves in new surroundings, dress differently and in a style completely different from our usual mode. We might feel the need to join a group of people who share our interests and we may connect ourselves with larger groups and organizations of individuals.

The prefic ‘Un-‘ in English reverses the meaning of a word – usual becomes unusual, for instance. A great deal of words that do start with ‘un-‘ accord well with the Uranian position, such as unusual, unconventional, unexpected, unpredictable, unco-operative, to name a few. The same can be said for words with the prefix ‘anti-‘ and, though less commonly the case, the same can be said for the prefix ‘ir-‘ as in irregular or irreverent. The Contemporary Astrologer’s Handbook (Astrology Now)