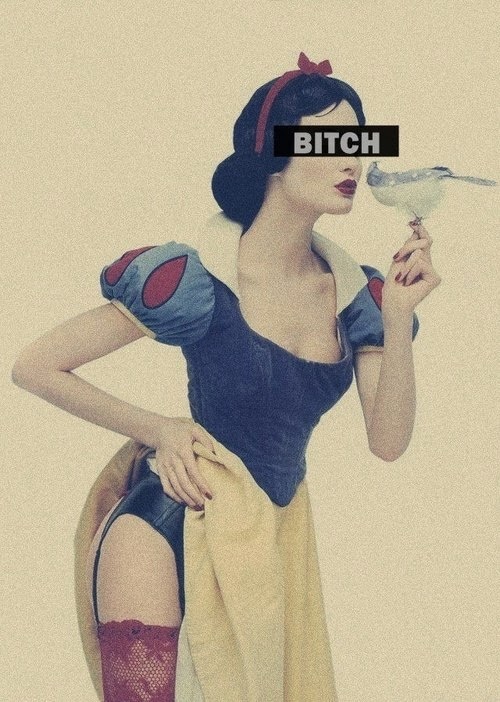 Once upon a time, some pursuing wolves frightened the horses drawing a carriage, and it tumbles down a hill. Dying, the pregnant woman inside orders her grieving husband Frederick (Sam Neill) to cut the baby from her womb, so that at least it might live. Years later, the infant is now headstrong young Lilli (Taryn Davis), who is resentful of her father’s upcoming marriage to Claudia (Sigourney Weaver). Claudia is devoted to the memory of her own mother and installs a magic mirror that belonged to her in a wardrobe in her private room. More time passes; Lilli is now an adult, but her relationship with the now-pregnant Claudia has never improved, though Claudia has never done her any ill.

Claudia loses her baby, and on the same night, gazes into her mother’s mirror, which shows her an image of herself young and beautiful. She determines to rid herself of Lilli. Lilli is walking near the forest when Claudia’s mute brother Gustav (Miroslav Taborski) draws a knife and chases the frightened young woman into the forest.

Lilli evades him, so he kills a pig and takes the heart to a delighted Claudia, who believes it to be Lilli’s heart. She has Gustav put the heart in a stew cooking in the kitchen, and that night as she dines with Frederick, Lilli eats the stew with great pleasure. Later, Frederick and some men search for Lilli in the rainy forest…

The sign of Libra is associated with comparison, ruling high ideals that a Libran often sets to accomplish. The 7th sign rules social perfection, beauty, people, objects, and grace. Libras are strategists and often get others to do the dirty work for them just like the huntsman. For more insecure Libra’s they need ‘other’ people to reflect back to them their own sense of self-worth, just like the Queen’s Mirror. However, Libra’s gift lies in understanding that goals are more achievable with others on their side.

In the tale of Snow White, the evil stepmother weighs (Libra rules the scales) her beauty against her stepdaughter’s and asks, “Mirror, Mirror on the wall who is the fairest of them all.” The Queen is mortified when her stepdaughter is named as the most beautiful and fairest of them all. Libra rules the scales of justice and they can often talk about what isn’t fair.

Libra’s Strengths: Powerful ideals, highly developed sense of beauty, works well with others and can get them to cooperate, diplomatic skills, strategist, tactfulness, fights for ideals, makes comparisons between good and evil, intellectual, pleasing others, a keen sense of justice, can make things appear more beautiful, sees both perspectives, possesses gifts usually associated with the opposite sex, creates the right atmosphere, loves organizing.

Libra’s Dark Side: Provokes battles in love, chilliness, manipulative charm, flatterer, gets what she wants through compliments. Creates jealousy through her understanding of the opposite sex, plays people off one another, competitive in love and will try anything to get the other to fall in love with them, can make you feel like you are the only one, plays hard to get, impossibly idealistic.