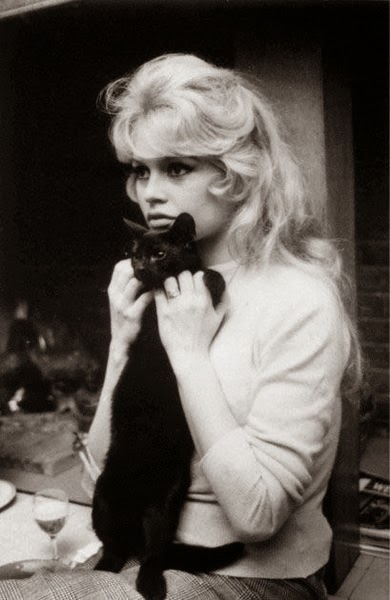 After watching Paranormal Activity 2, I soon realized that it is just as scary as the first movie. All the usual noises in my house suddenly got a lot more terrifying. The only real paranormal activity that goes on at my house late at night comes from my two cats jumping about, running up the stairs, and knocking glasses over, causing general mischief.

The movie got me thinking more about the power of the unconscious. Astrologically paranormal activity is linked to the water signs, houses, and aspects and to our hidden selves and psychic sensitivity.

I have personally experienced personal events that I would class as paranormal, so I am a believer of sorts. Part of me believes that the past leaves a psychic residue and that our energy perhaps still imprints on the environment even after we have gone.  I wouldn’t consider myself obsessed with all things paranormal, but being Neptunian the energy involves the individual being psychically wide open to a lot of impressions, feelings, and unconscious material. According to Stephen Arroyo: Astrology of Karma and Transformation – “All the water houses deal with the past, with conditioned responses which are now instinctual and which operate through the emotions.”

People with an emphasis on the water houses live within themselves and are extremely hard to get to know (especially if the Sun, the symbol of the individual self, is in one of these houses). So much of their life energy operates on a subliminal level; so much of their motivation is influenced by irrational, unexplainable, and often bewildering nuances. Their sensitivities are unpredictable, since one never knows what will activate an old memory, irritate a sore spot, or energize a troublesome complex…Planets falling in the water houses…often show the ghosts of the past which still haunt a person.

The watery houses in the natal chart have always been fascinating to study and somewhat elusive to describe. If we begin with the 4th house connected to our home, roots, past it has been described as our greatest personal mystery. This sphere always holds a powerful emotional grip upon any individual, and remains hidden, protected, and unconscious .

Planets placed in the 4th house give the astrologer some clues to what kind of home-life an individual experienced as a child, and feelings often run deep in this domain. The fourth house is our first connection with family and it’s where our feelings are first initiated and where blood ties are powerful.

The 8th house rules things that go bump in the night and it’s where we do battle with our psychological demons. For many of us, the issues of birth and death bring into sharp focus the belief in reincarnation, and this house is connected to both life and death, and rules the cycle of birth, growth, and annihilation. The 8th house is also the second of the hidden houses and therefore operates in the realm of what we have buried deep into the unconscious.

The unconscious is extremely powerful and hostility, resentment, and hatred can erupt and create untold destruction, describing the struggle of planets placed in the 8th house sphere. The Sexual energy of this house also includes the potential of transformation experienced through merging with another being, and, ultimately with the levels of the psyche. The orgasm, in French, is called le petit mort – the little death. Also in the 8th house, we have the desire to join resources with another for mutual benefit.

The 12th house is where we realize we are all part of a larger human family. In the Jungian sense, the watery houses relate to the unconscious and the fourth house relates to the personal unconscious opposed to the collective unconscious of the 12th house. The fourth house can be described as our underground basement. The I.C lies at the ‘bottom’ of the chart and is hidden from public view, and it might best describe our most private selves.

The subconscious keeps things hidden from conscious awareness (4th, 8th, and 12th house), and these things have a tendency of submerging us and taking over our rational selves, like the caverns of our memories that harbor unknown attitudes, habits, and fears. The fourth house is where we derive a personal feeling of safety and shelter, somewhere we ‘belong’. Whatever happens to us in the world outside we take these feelings ‘home’ with us.

In the 12th house, there is the continuation of “unfinished business” and the confrontation of inherited family problems and the twelfth house gives us the power to release skeletons in the closet. When the impersonal unconscious movements flow through the psyche the ego-self shrinks in fear at confronting these deep and mysterious currents. Unconscious forces push our consciousness with the omnipotence of tidal movements, and sometimes like crashing waves.

The outer world is considered by Jungians to be a blank screen onto which the images of the unconscious are projected. If we are not sophisticated enough in dealing with our unconscious contents we may well be cast into a living nightmare. The unconscious mind is sorted and sifted through in our dreams and our lives are sometimes viewed as waking dreams.

The psychic power of dreams guide the individual and twelfth house depths contain all the elements, instincts, desires, and spiritual yearnings that have ever been, and the collective unconscious includes all human potential and experience. The collective unconscious contains the whole of man’s psychic history, and rules all kinds of shadowy material, unlived energies and has been described as the dustbin of the zodiac.

The 12th house dissolves all boundaries, attempting to achieve a oneness with the whole of life. The 8th rules merging with an individual, and the 12th house is connected with all nature. The twelfth house also rules places we go when we are mentally ill (psychiatric wards), physically ill (hospitals), or immoral and evil (prisons) and all these states can describe a soul in distress or soul sickness. The 12th house rules our secret sorrows, self-undoing, and self-defeat. It is also the house of limitless growth, spiritual healing, forgiveness, and compassion.Although there us a lot of paranormal activity involved in these houses there is also a lot of soul work happening of an earthly kind.

The 2nd/8th House axis: If Your House was Burning What Would You Take?
The 1st House
Ascendant: A Soul Ascending
The 12th House: It's Haunted
12th House Madness
A Rant on 8th House Drama
Neptune Dreaming
Scorpio, Pluto, 8th House and Zero