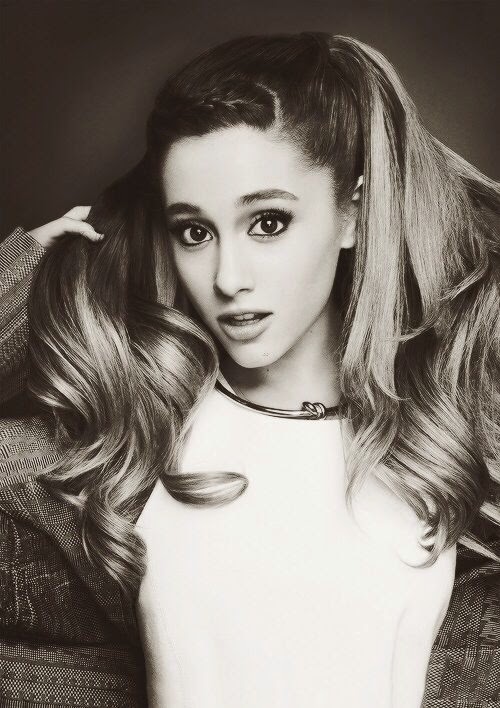 Ariana Grande dresses like a 5-year-old girl, and even though she looks very pretty, cute and sweet, boy does the singer love to play up the baby-girl act excessively. In her chart I noticed the Sun in Cancer (rules sweet, emotional, baby/womanhood and early childhood) squares Jupiter exactly (excessive, overdone, larger than life) in Libra, where her sweet, charming and likable self is personified. It could also show a massive need to be liked and feel popular, and this shouldn’t be too difficult with this female cutie and who’s debut album is a knockout Yours Truly

Anyhow, she really does have the cutest dimples ever. The album, Yours Truly is fantastic. On a side note Miss Grande gives off major Lolita themes, just take a peek at her fake album cover below the one she jokingly posted before the real one surfaced. Ariana has natal Venus Opposite Pluto (deep sexuality, love addicts, and generally plenty of smoldering happening in love).

The fact that this combination will bring extreme attraction, sexual undertones, and a sense of destiny is not so easy to detach from. A lot of this energy can be channeled into being passionate about love, beauty or art, so love passionately and don’t hide those immense feelings underneath. Venus-Pluto relationships have a high tolerance for emotional pain and they don’t quit lightly and make a relationship based on real emotional needs. However, Venus-Pluto people are likely to face the darker side of love. 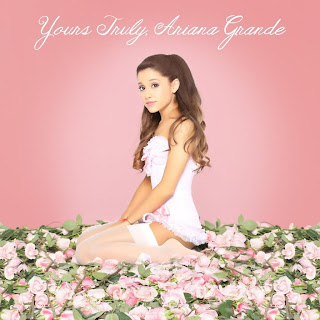 Pluto introduces Venus to what lies beneath the flowers and elegant gestures of romantic courtship. This underpinning is often not ‘pretty’, and certainly not ‘fair’. For the individual with Venus-Pluto who has not yet reached the middle of life, the fate may not have made itself known. But it becomes apparent later, which is why the aspect has acquired a reputation for broken marriages. Venus-Pluto also has a propensity for sexual triangles. These are neither fair nor wished for, but are a fact of life, generally compulsive and conductive to considerable suffering among all participants. Venus-Pluto is not cool or ‘liberated’ like Venus-Uranus, nor is it martyr like and self-sacrificing like Venus-Neptune. In terms of personality qualities, it is proud, passionate, intense and often achingly loyal. But the very intensity of its passion usually runs side by side with spite, vengeance, betrayal, loss, manipulation and a revelation of one’s own potential for the destruction of what one loves the most. By Liz Greene, The Astrology of Fate