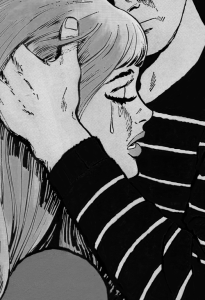 Some astrological events will be tear-inducing, and this man’s death broke my soul. “Francis Servel died selflessly to save his wife’s life. He and his wife Nicole were on a cruise on the Costa Concordia when the ship struck a reef and capsized off the coast of Tuscany, Italy. A strong swimmer, he refused to take a life vest which was in short supply. He made sure his wife who could not swim had a vest, and told her “Go on my darling, swim straight ahead, I will get myself out.” Servel was counted among the 11 dead.”

Francis had Venus rising (on the oceanic 12th house side) square Neptune in the watery depths of the 4th house and such a configuration in the natal chart, recounts themes of love, loss, tragedy, sacrifice, and drowning. The Neptunian themes in relation to a partner (Venus) are amplified especially around the rescuing of a loved one, and probably men reading this article and women might state that their partner, too, would also make the same decision, but this man lived the choice and saved his wife. In a haunting way, we speak of Venus-Neptune as a love at sea, warning the individual that it is through love where suffering, loss, and dissolution through a partner may occur in the individual’s life. An older post on here about Venus-Neptune: Artist, Lover, Muse possessed some equally eerie words

Venus-Neptune can reveal itself through love with sacrifice. Maybe one saves the other from drowning and is forever changed by the experience….The dream of love and its emotional infatuation often bring with it a tsunami of feelings that hit with full force. Neptune is darkly seductive and it can drag even the earthiest of types under, casting a magical spell over its victim. We are always inspired to raise the frequency of love when Neptune is involved…A Venus-Neptune lover is this lovely mermaid from the deep with her romantic-fantasy and themes of love circling around enchantment and the oceanic waters are where love dwells. Love is a plunge into feelings into the realm of seaweed, fishes, and bubbles. Venus-Neptune love can seem magically fated and there is always the search for the ideal mate.

Maybe I should have thought along the lines of ‘tragically fated’ and on the day of the drowning there was a progression of Venus opposite Neptune transit straddling the native’s angles (I.C and M.C), and if this isn’t enough, transiting Neptune was forming a trine to has natal Venus/Asc along with other astrological themes for the death. We can probably all over-romanticize the event as this aspect (Venus-Neptune) always has us feeling immense love, poetics, and sadness all wrapped up when it was in reality – a deeply tragic event. However, it feels as if this aspect has literally been placed upon the most Neptunian dramatic stage as possible (sea-drama) and the blue planet is both life and death with personal suffering involved and this whole watery tragedy played out like a sad, and incredibly emotionally moving movie. Only this really happened, and love met with the ultimate extremes of Neptune with the offering of the self for the sake of the other, with compassion and a heavy sense of obligation, presenting the most exalted aspect of love to inspire towards.

The reports of what happened actually detailed the most selfish behavior by the male passengers and was described as disgusting and called an ‘every man for himself’ situation. In contrast, the husband and wife were a redeeming part of this whole fateful sinking of the Costa Concordia. Venus-Neptune in aspect can create a mystical and compassionate bond, and a spiritual kinship with a loving and devoted nature. It is believed that such ‘perfect love’ and higher expression along with an otherworldly sacrificial unconditional nature is not easily attained in reality. However, the aspect would not exist if this kind of love could not be found on Earth, and it is the kind of unselfish love that is rarely glimpsed. In the case of Francis, the sacrifice was for the one he loved, and he had been married to her for 40 years.

At other times, people have sacrificed their life for a complete stranger and any act of selflessness falls into Neptune’s realm. A Venus-Neptune aspect is called the single most ‘romantic’ planetary aspect, and it has been associated with soul-mate connections, and often resonating with a love only found in our dreams. In Neptune’s world, there are no barriers to loving, and there is a deep longing for the purest expression and the highest forms of spiritual love. Still, not many of us will be faced with making such a large sacrifice, and it spelled the end of their earthly life together, and it fills me with tears imagining the reconnection of these two love-birds in the afterlife.