The symbol of Pisces – two fishes swimming in opposite directions – is a fitting description of a fundamental human predicament – one fish swims towards individuality and separateness and the other fish swims towards a more universal reality. Perhaps in some way, it can also represent the duality of the conscious and the unconscious, or even the personal and the collective. The call of the oceanic life is difficult to resist, and one of the greatest struggles for Pisces is to keep a definite hold on their singularity, whilst also drifting into the larger whole. In the main, a Piscean yearns to transcend the world and relinquish their identity in an attempt to merge with something greater.

The individual’s personal qualities can become flooded with what appears to be a giant vastness, out there (great sea). The ego part of the personality fears it will be drowned, and does not want to be washed away in order to find this lost connection with all of life. It can be an incredibly hard task for Pisces as some sense of being an individual is needed to function in the world. The Piscean archetype encompasses all issues pertaining to the collective whole and there usually needs to be some kind of meeting in the middle between the ego and this immense tidal force. Many a Pisces individual can become incredibly involved in what they are doing whether it is creative, spiritual or religious, and often done in complete seclusion. Pisces can also be like a magnet attracting various emotions, feelings, ideas and perceptions. We often think in Jungian terms when describing the collective unconscious, and this means there is usually centuries-old-wisdom of past generations. A Piscean is particularly vulnerable to being haunted by historic ghosts, all longing for some kind of expression. 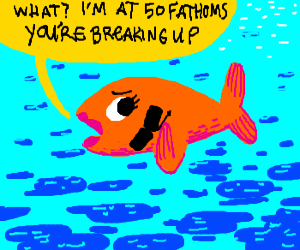 The individual is able to tap into a deep source of creativity and emotionally rich life. Quite often a Pisces “thirsts for” something meaningful and their individual aim is is to get in touch with the spiritual life, higher self, and to purposefully bring back Soul. Earth has become progressively more scientific, detached, and removed. The intellect has achieved tremendous feats, awe-inspiring discoveries, and  mankind has made great advances. However, in Pisces, we need to return to our emotional depths and must visit the symbolic world of art, emotion, and the imagination. We return to empathy and emotional affinity, remembering the knowledge of the ages, and we move towards a hidden, psychic realm.

The Sun in Pisces can be a difficult position in the horoscope. The consciousness of the Sun is metaphorically prone to flooding by the unconscious in the Piscean sea unless the character can erect barricades to keep the waters at bay. The vague, inexplicable and amorphous can also be threatening to the ego. We often find there is an immense need for inwardness, but in a masculine world, the ‘inner’ is often thought to be dangerous and makes us feel weak. The individual is often struck with the emotion of oneness and moves with the rhythms of anything calling for a loss of consciousness which can be found in the crowd, in music and where everybody is crying in unison.

In Jungian psychology, emotions are the foundation of the psyche. Watery Pisces can represent a fount of psychic energy, containing many feeling states. The collective unconscious is really just a part of the subconscious shared by all. It can be where all the greatest transformations take place, along with prophetic dreams, visions, and religious experiences. As a water sign, they must encounter the human condition in a universal way, but usually, there is a conflict between personal feelings and experiences and the collective.

The greatest task for Pisces involves being aware of their own identity and not to become overly immersed in the feelings of others.The greatest strength of the fishes resides in their adaptability and the individual usually possesses such lovely watercolors running into one another with no definitive line. The concept of transpersonal love is close to their heart, and it would seem that Pisces picks up all the broken pieces with great compassion. The individual can sometimes move into a symbiosis rather than live an independent existence, and this can be destructive. Yet, they do not have to feel tormented and will find vibrancy by getting in touch with their individuality, before taking the collective call.

Pisces: A Thousand Different Ways
The Water Signs: Cancer, Scorpio and Pisces
Pisces, Neptune, and the 12th House: The Great Mother
Pisces
The Water Signs: Are These Women Drama Queens?
Virgo-Pisces: Acts of Service
Moon in Pisces: Vulnerability
Pisces: The Blurred Self