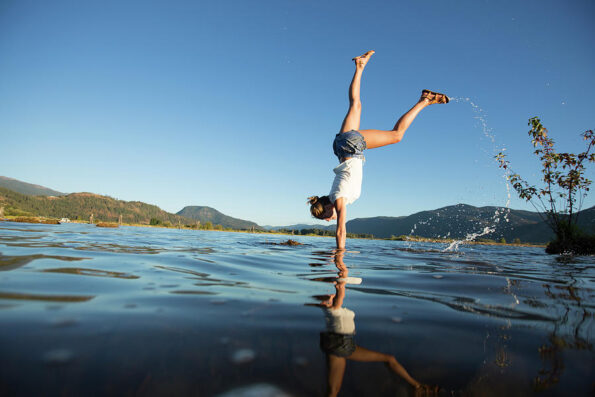 Moon trine Mars in your birth chart means you are self-assured, charming, sexually attractive, and a little bit of a firecracker in your personal life. Every morning, you wake up with a “ready to face the day” Moon that stirs your emotions, sparks your imagination, and makes you intrigued about the world around you. It’s important for you to trust your instincts and do what you know to be right, especially in stressful situations, because in the end, you know that things usually work out for the best. When the Moon makes this easy aspect to Mars you become so self-reliant and and independent that you don’t need anything or anyone else to maintain your mental, emotional, and spiritual well-being.

It’s vital to you to follow your heart and do what makes you happy; you have a burning desire to greet each new day with enthusiasm for life, to soak up every opportunity, and to give voice to your innermost thoughts and emotions. You often tell people exactly how you feel; to be vulnerable is to be fully alive for you; you are not one to play it cool or to pretend not to care or to engage in such childish games of cat and mouse; to downplay or brush aside your affections would be a betrayal to your feelings and would also be dishonest to others. In light of this, you have an intense urge to share your emotions openly and honestly; you aren’t into half-feeling or half-living, because doing so would be like eating only half a meal; it won’t leave you feeling full.

You don’t buy into the idea that appearing “emotionally cool” is alluring and prevents humiliation, or that suppressing your emotions makes you appear better or more collected in our culture. Instead, you care more about projecting your true self and being honest with the world than you do about conforming to social norms. For you are emotionally powerful and self-assured in a refreshing way. You tend to feel free to share your emotions—both happy and sad—whenever you feel them, without regard to norms of social propriety or protocol. The people around you respect and admire your candour and transparency, and they know they can count on you to stand up for what you believe in and your loved ones. Being enthusiastic about something causes you to develop an emotional connection to it, to the point where defending it can feel like fighting for your own identity.

Confidence, strength (Mars), and vulnerability (Moon) are not antithetical to one another, despite what some astrologers may have you believe. They go hand in hand; after all, it takes courage to put one’s feelings out there, and few people will fail to acknowledge the value of such an act. You are probably in a place in your life where you do not feel the need to keep your feelings bottled up; instead, you are willing to take a stand for what you want and say how you truly feel. You want to make your life and your relationships significantly richer and more emotionally gratifying, so you prefer honesty and vulnerability. So having a brave, beautiful, awe-inspiring, confident Moon is as cool (or hot! ) as it gets. It’s the antithesis of weak.

You have the charisma, charm, and sexual magnetism to get your powerful needs met whenever and by anyone you want on a personal level because of your attractiveness, charisma, and charm. With someone as independent and daring as you are, your relationships are more likely to thrive. Especially in romantic relationships, you tend to be the one to take the lead and steer the ship. You also tend to have a strong sense of what you want and how to obtain it. If you’re shy, many people might not know that you like to get in touch with your sexuality and have strong desires, and this aspect can help boost your charisma and sex appeal, which will make you more popular in social situations.

You have a strong desire to ensure the wellbeing of those you care about and a natural inclination to watch out for the interests of those closest to you. And while you’re good at playing the role of the caveman or cavewoman who watches out for their own, you’re also capable of severing ties with those who don’t share your values and who are thus a drain on your efforts to forge your own path. When you’re feeling good about yourself and your surroundings, it shows in the form of increased motivation to get things done. When you act in a way that’s in line with your emotions and your self-interest, you tap into your inner resources and are able to take on greater tasks.

A person’s sense of emotional support from those around them increases when the Moon forms a trine aspect with Mars in their natal chart. You’ve got this need to try something new every once in a while, whether it’s a big change in your routine or just doing something out of your comfort zone. You have the drive to complete any task on your list, but you can also get the hankering to do something entirely new or break away from your routine by going on a spontaneous day trip. You enjoy giving yourself the freedom to pursue your creative interests and experimenting with different forms of self-expression in the hopes that you will be inspired to try something new.

Your fiery, passionate emotions and indomitable will to win make you seem like a natural leader, and people are impressed by your strength of character. Your morals and ethics are probably like a warrior’s, which is distinguished by honour and fidelity, and you’re able to communicate the underlying needs of the Moon through Mars. If you’re fully ready for battle, your feelings won’t get in the way when trouble happens, and you’ll have the fortitude to go on dangerous odysseys and weather the emotional and physical storms that erupt along the road.

Mars in a harmonious aspect with another planet boosts the expressive potential of that planet and makes it more likely that you will use that increased potential wisely. If Mars is trine or sextile the Moon, you are more likely to speak up for what you feel is right, and this contact strengthens your emotional conviction and makes you feel that you deserve to be treated with respect for how you feel. If the Moon and Mars are in harmonious aspect, it means you can establish yourself while yet fitting in with the surrounding world.

According to Charles Carter,

The positive side of a Moon trine Mars aspect augments courage, daring, enterprise and bodily vigor…For women it is commonly an invigorating contact, endowing them with what is called “rude health” and often producing a robust rather than a refined physique, such as the Scotch call “sonsie.” The type can be outspoken, goodhearted, hard-hitting. This aspect will introduce a distinct Arietic element into the demeanor, so that it is easy to think that this sign is heavily tenanted. Such people take life as they find it and usually enjoy it to the full without much thought for the morrow.