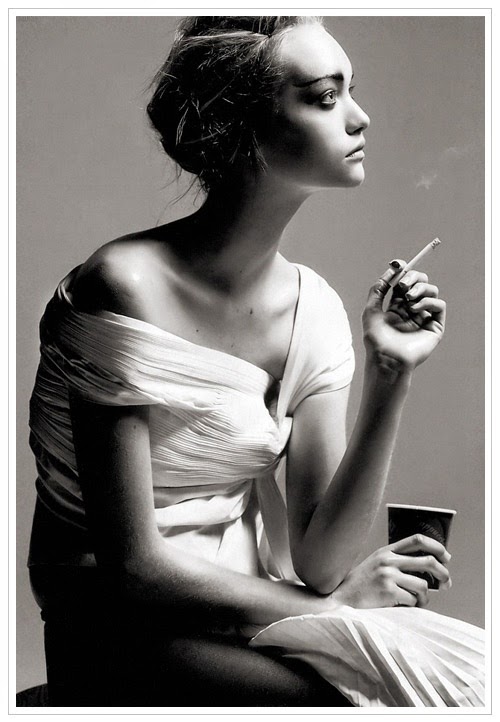 Astrology is a useful and insightful character assessment tool. However, it would never be used in court, but it still would be interesting to view astrology from this angle. The case here is of Scott Peterson, and he has been found guilty of killing his wife and unborn son. He had reported his wife missing, and told police he had just returned from a fishing trip. Scott had taken a $250,000 life insurance out on his wife. He was the prime suspect but police could not arrest him because of lack of evidence. Four months after her disappearance his wife’s body and that of her unborn son washed up on the shore.

Prosecution: Here we have the Sun in Scorpio, and this is obviously a clear description of someone that seeks power and control. It’s evident he has hidden motives and is living something of a secret life.

Defense: Objection! This is merely Sun sign astrology that is being used as evidence of a supposed controlling personality, and this clearly does not prove anything. If we prosecute on the Sun alone you may as well drag 1/12th of the population into this courtroom, and say they are all guilty of murder!

Prosecution: I have not yet finished with my case on the Sun, and this is only the tip of the iceberg! Pluto (sun sign ruler) is in Libra in the 10th house in his natal chart. Mr. Peterson was born to a generation of people who are working through relationships and transforming them. This can also mean power struggles in a relationship where one dominates over the other. According to this man’s chart, well, he is bloody ruthless (Pluto) in achieving his goals (10th), and something of a power-seeking individual. This is not a subservient man –  let’s make this clear, and he wants a position of power.

Defense: When did ambition ever kill anyone! Just because a man wants to be a powerful figure in his career, does not make him a murderer. Pluto in the 10th house can show how Scott is being persecuted (Pluto) by the system (10th). His reputation is being destroyed right here in this courtroom and throughout this entire case. Does this not prove the case? Scott is here in this room being accused by authorities. It is others that are using their power against him and trying to convict him for a murder he did not commit. This man loved his wife.

Prosecution: This man loved power and LOTS of money. Take a look at his Jupiter in materialistic and self-serving Capricorn sitting right on the cusp of the 2nd house (money) square Pluto in Libra in the 10th house. A cardinal t-square that shows us he is actively ambitious, and his goal (10th) is to make money. In order to substantiate these claims, an astrological expert is willing to confirm these points. This is James Braha, and he is the author of  How to Be a Great Astrologer: The Planetary Aspects Explained

, and he is considered to be an expert on the planetary aspects. James, you train students and teach them the art of astrology, and you have many years of experience, along with a strong background in astrological analysis. What are your thoughts on this Jupiter square Pluto?

James Braha: He may be intense and dogmatic in his ideas of right and wrong. His ego may be big and he may be lacking in humility and self-reflection.

Defense: Objection! This is totally misleading, and an attack on my client’s character. Is he again not being judged here. Aspects can be projected. The prosecution is the one that has their own powerful ideas of what is right and wrong and accusing this man without any real proof.

Judge: The Prosecution may continue interviewing their expert.

Prosecution: Thank you, now James what are your thoughts on Jupiter-Pluto. Please carry on with this analysis.

James Braha: They are unwilling to consider differing viewpoints. Lenny Bruce had the exact same configuration.

Prosecution: Along with George Calin, and it is a good point; these people do seem to be dogmatic.

Defense: Objection, we could all pick examples where an aspect has been used less positively. Christopher Reeves and Jane Fonda both have this aspect. Jane wanted positive change in society to reform it. Christopher Reeves promoted research after his tragic accident. This aspect shows such individuals have powerful beliefs. However, it does not mean they are all judgemental. The opposite may be true and they may fight against a judgemental society.

James Braha: This person will experience tremendous ups and downs in his luck and money. He is on a lifelong quest to win the grandest financial prize society offers. He Believes in himself wholeheartedly and is likely to obtain extreme wealth at some point.

Prosecution: Yes, if we look at millionaires charts or individuals where large amounts of money pass through their hands, we do often see Jupiter in connection to Pluto.

Defense: The prosecution has twisted these astrological symbols to their own ends. First, Pluto is a power-seeking planet by itself and will describe the elements in life that we are all obsessed with. Pluto alone rules death, decay, crime, and the underworld. With any position of Pluto, we could say the person is a right bastard. Our client does not have Pluto in the 2nd house, but if he did, then I am sure the prosecution would call him a greedy, self-serving individual, and that he was only using others for their resources. Pluto in the 4th house would make him an “emotional manipulator” who killed his family. Pluto in the 5th house would show that he possesses an egotistical and ruthless personality. Also, since the 5th house rules children this man would have therefore destroyed and murdered his own child.

Astrological symbols can be twisted to suit the case. Our client is indeed an ambitious man. He graduated from high school and was named a golf star twice by MVP, and he is hardworking, serious, and responsible. When he met Laci and fell in love, they both joined resources and managed a business together, and this is what is signified by Pluto in Libra in the 10th house; it is a business partnership and one that was profitable. The couple sold the business in 2000. The Jupiter-Pluto square was indeed ambitious, but he “shared” a business with his wife, and had enough motivation to start his own business. Large amounts of money were indeed handled through his business enterprise.

Prosecution: It is clear here that a picture has been painted of a respectable hard-working man. If we probe further into his “business,” however, we see that Jupiter in Capricorn is in fall and wealth can easily be lost, and his business plan of killing his wife and pocketing the money has FAILED big time, and he now stands here charged of murder.

Defense: This is an outrageous claim! Jupiter in Capricorn can have a high upstanding in the community, and this actually makes him overcautious in taking risks, and wouldn’t killing his wife be a BIG risk.

Prosecution: Yes, but you’re missing another vital factor in his character. The Sun in Scorpio has two ruling planets, and the traditional ruler of Scorpio is Mars. This man wants to win, and consider that his Scorpio personality will use underhand tactics. Mars is conjunct Uranus in the 11th house, so here is a rebellious and self-willed character. Mr. Peterson is unpredictable, and he refuses to abide by society’s rules (social sign & house) and will do things on his own terms. Before you continue painting this man as a law-abiding citizen and hard-working member of the community, please take this into account when examining his chart.

Defense: Oh, so now he is unpredictable! As was stated earlier in the case, there is competitiveness and enjoyment of golf and team sports. Mars in the 11th house would describe his other sporting activities. Let’s bring astrologer Sue Tompkins who is the author of Aspects in Astrology: A Guide to Understanding Planetary Relationships in the Horoscope

, and she has had 30 years of experience in astrology. Sue, how would you describe Mars-Uranus in the 11th?

Sue Tompkins: It more commonly describes someone who pushes reform and progress. The person can thrive on excitement. Highly original, and it is an extremely useful contact to have in any situation which requires decisive and immediate action. And Mars-Uranus is not merely decisive but resourceful too. A good combination for fighting on behalf of humanitarian issues.

Prosecution: Sounds delightful. But this is not the only expression of this aspect, and our friend, James Braha, has told us that Scott Peterson hates to be under pressure and that he is learning discipline, responsibility, and consistency. He may have an explosive temper. He is not the type that should marry early. He is strong-willed, direct, and blunt. Your thoughts Sue, would you back up these claims?

Prosecution: What about that temper?

Sue Tompkins: He would like a fast-paced lifestyle and thrives on excitement and danger. An unpredictable temper.

Prosecution: Challenging authorities and believing he could get away with murder, would be risky and dangerous.

Defense: Mars-Uranus in itself is not enough motive to kill his wife. Just because he gets bored easily. This is a laughable excuse. He used his energy for sports and his business interests. Original and innovative in his relations to other people. Most of society has Mars in some difficult aspects. Are we all killers?