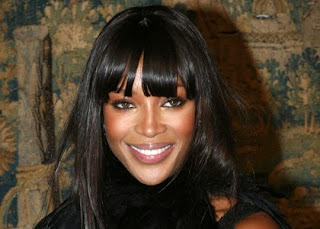 In mythology, Venus was frequently referred to as the “dark one” because of the tragedies that resulted from her desires. In myth, Aphrodite would inflict horrible punishments on anybody who disrespected her by complimenting another woman as more revered or more lovely than herself.  Female competition is still quite prevalent in today’s culture. Keep in mind the intense competition that took place between Tyra Banks and Naomi Campbell. Naomi turned into a real b*tch when she found out that there was now another black model in the same industry. Reports say that she made Tyra Banks’s life as a model a living hell, and that Naomi’s attempts to get rid of her “female rival” had the model in tears more than once.

If we look at Naomi Campbell’s horoscope map from a psychological point of view, we can see that Venus and Mars are both in Gemini and square to Pluto. When Mars is in a square to Pluto, the individual may be very competitive and even cruel in their desire to win. People with this characteristic could use their power for good or bad. If we add Venus to the equation, we can see that there is a link between the feminine anima and the spirit of competition (Mars). The presence of other beautiful girls (Venus) may pose a threat (Pluto), or vice versa.

As has been said, the Venus—Pluto type can be intensely jealous when the object of their affections shows the slightest sign of letting their attention stray elsewhere, sometimes even momentarily. This needn’t be obvious, as always Pluto operates in the most coven and underhand way. Aspects in Astrology: A Guide to Understanding Planetary Relationships in the Horoscope

Mars in Gemini could make Naomi aggressive and argumentative at times. Gemini is an air sign, which means she has the potential to be very arguementative when she wants to talk.  Naomi vents all of her Plutonian venom at other people . Gemini is the sign of the twins, and it’s strange to see these two forces fighting against each other. Gemini has conflict with his or her evil twin, and competition shows up in his life through a brother or sister, a close friend, or another model!

Astrology myths end up being part of our everyday lives. Naomi did things to make sure that her female rival would not beat her. If you watch an episode of America’s Next Top Model (hosted by Tyra), you’ll see how the models fight for the top prize while being jealous, constantly battling, whining, and also being competitive.