The three examples certainly had a mixture of good fortune and difficult events. The first illustration is Lisa Ling with Jupiter in Aquarius at the apex of her Yod and Sun-Mercury-Saturn at the base. A Jupiter Return on this Yod in her mid twenties, turned her into a senior (Saturn) correspondent (Mercury) and she was a war journalist, airing special news about changing the world. Ling also hosted on the National Geographic Ultimate Explorer with transiting Jupiter opposite Jupiter. A second Yod involves Neptune in the 3rd house at the apex and with Mars/Saturn at its base. Ling’s sister (siblings are found in the third house) was taken into custody by North Korean soldiers, sentenced to 12 hard years of labour (Mars-Saturn). At this time, progressed Venus (sister) was conjunct 3rd house Neptune. Note: Ling’s sister only served about three months, after a Presidential visit to the country. 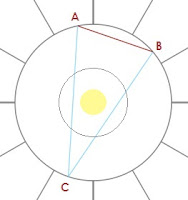 Marvin Mitchelson a famous attorney and the world’s highest paid lawyer had a Yod with Moon-Saturn at the apex in Sagittarius and Sun/Mercury/Pluto at the base. He won a big case and settlement for 2 million dollars in a divorce suit. Transiting Jupiter was conjunct Sun/Mercury sextile Pluto. Jupiter was also sitting with the progressed Asc. Transiting Neptune was conjunct Moon/Saturn at the point of the Yod. He grew up in a poor family, and gained a grand lifestyle living in a 35 room mansion. The chart shows planets in Taurus and a beneficial Venus-Jupiter. Well, 12 years later in 1988, Jupiter was back to the same position and he is accused of rape but was not prosecuted. The progression of Venus onto Pluto (fatal attraction) involving this Yod seems to stir up this challenging dilemma.

Jailed On 4/12/1993, Mitchelson was sentenced to 30 months in prison for four felony counts of tax fraud, and for hiding nearly $2 million in income between 1983 and 1986. He was ordered to pay $2,158,796 in restitution, which included taxes due and interest. The State Bar of California put him on seven-year suspension. Since his release from prison, he has worked as a paralegal and consultant to other lawyers. On 5/15/2000, the suspension was lifted and the 72-year-old attorney was again free to practice. 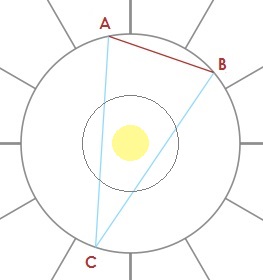 The prison sentence occurred when transiting Saturn in the 12th house squared his natal Sun and Mercury (part of Yod), talk about severity, karma and being locked up in the twelfth house. He was also ordered to pay over 2 million dollars.

Robert Mapplethorpe was a photographer who had his Moon in Pisces at the apex with Saturn/Pluto (dark masochism in his art) and Neptune at its base. There are no dates to really examine his rise to fame, showcasing of  pictures and notoriety, it’s all kind of vague. However, he unfortunately died of Aids at aged 42 years. Transiting Pluto was conjunct his Sun-Jupiter conjunction in Scorpio/first house (explains his appearance). The progressed Moon was also conjunct Neptune, when he passed, in the 12th house. A completely powerful picture of dissolution, illness, and fading away.

So, do the apex planets drive any of these individuals? Probably, yes. Lisa Ling’s Jupiter in Aquarius represents foreign affairs and broadcasting. Marvin’s Moon/Saturn in Sagittarius definitively relates to law. He was a divorce lawyer, so some unhappy relationships. Robert’s Moon in Pisces, reveals a deep connection to the waters of the unconscious. In his biography he often described the blissful feeling of losing himself, over and over again.