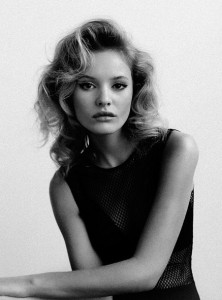 With a Mercury-Pluto aspect, you could have a psychological wound and may have suffered mental abuse, name-calling, verbal threats, and derogatory comments. Much of this could have been buried deep and moved along on an undercurrent, even when it appeared that your mind was sailing on the surface of glibful conversations. In your communications, you’re intense, focused and events are deeply studied until you find their underlying causes. According to Jeff Green’s evolutionary astrology, with Mercury-Pluto in contact, you will experience an intellectual confrontation, and it will be essentially a powerful experience as it will ride up against opinions and views you hold. In this sense, these confrontations need to occur so that you can see if you are holding onto self-limiting thoughts. You could be blocked in this area and unable to allow new information to penetrate into your being. It could result in you not listening to others, rejecting their opinions, and it could take a violent exchange of words for everything to fully surface. Another scenario given is that of mentally imploding, and this sounds quite frightening. However, the author points out that some of your major dilemmas are about “what to believe, think, and how to think about it.”

Stephen Arroyo’s take on this aspect also points to the mind getting out of control and there is a great fearfulness. “A tendency to fear the worst and to think that one is being “psychic” when one is actually at the mercy of negative emotions,…it is as if the emotions boil over into the communication channels, flooding them with a torrential release of verbiage…” Obviously, words hold immense power and you’ve felt this from a young age, especially if you have been mentally abused by someone. The unconscious can devour the mind with its dark soundtrack, and you may often have to carefully dig through it all in order to make sense of anything. Pluto rules some kind of crisis involving the Mercurial aspect of your nature, but this is not as bad as it sounds. The Chinese word for ‘crisis’ means ‘opportunity’ and so there is an upside to your dark side, and you will come to understand how the world really works. Even feeling privileged to access information the rest of society refuses to acknowledge, and this is due to your natural questioning of everything, and an authentic understanding of the world is what you really seek.

Ideas don’t have to be dressed up pretty; you just want an explanation of what is really going on. If anybody made you feel as if your thoughts, ideas, and beliefs were not valuable, well, things will dramatically change in this area. It always turns out that the very thing people single out about you as being unworthy actually turns out to be a hidden gift. If you were abused in this area or lied to as you were growing up, it becomes a priority that you make your own words count and turn disempowerment into empowerment and really take the communication area by storm. If you were the silent type and uncommunicative due to insecurity or other wounds in this part of your chart, it turns out that you are tuned into something else much deeper and into places that normal people can’t reach. In fact, it gives an ability to peer deeply inside and get to the root of any matter, right into the heart of an issue and transform it.

With your Mercury-Pluto aspect, you could be gifted at finding out secret information, thus, revealing a whole new truth. The powerful orator appears with this aspect. Pluto in aspect to Mercury moves many with their words. The ability to use language with depth, insight, and understanding is nothing to be sniffed at. Writing something that is powerful, profound, and transformative are talents to be unearthed. Perhaps helping others in the area of communication and possibly being brave enough to talk about a taboo area in life and changing others in the process could be part of your destiny.

People who use the energies of Mercury and Pluto positively can reach a deep and penetrating understanding of reality. They can understand their world in terms of sense data and energy, rather than simply as the product of the interaction of physical objects. These people are natural investigators, for they see life more richly and deeply than others. They begin to understand where they as individuals fit into the grand scheme of things, and sense of strength or power in this knowledge, which gives a genuine feeling of mental confidence, rather than the defensive arrogance of an insecure intellect. Truth is their supreme objective, and they understand that it is ultimately a quest conditioned by relativity, so they aren’t disappointed when they don’t become the gods or goddesses of thought. They are not fanatics, but skillful observers with sharp, probing minds. They have heightened powers of concentration, and dislike spending time with disorganized people because they don’t want to be distracted. These people have a natural sense for strategy, but are not particularly interested in manipulating others because they appreciate the uniqueness of everyone’s world view. However they do make dynamic speakers, and can be very persuasive. They are excellent planners and know how to troubleshoot systems to get to the root of problems.