Question: The Yod Aspect Pattern, What Does it Mean? 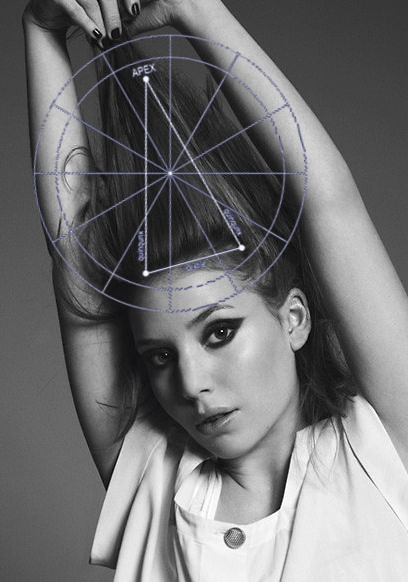 Question: What exactly does the Yod Aspect Pattern mean?

This is arguably one of the natal chart’s astrological combinations that is hardest to understand in astrology. Some of the most obscure, mystical, and New Age interpretations seem to cluster around the Yod. Two inconjuncts (150-degree aspect) make up the Yod, and a sextile forms at the base of the aspect. The Yod is frequently referred to as the “Finger of God” or the “Finger of Fate” by astrologers, and this is said to give the entire pattern a strong vibratory aura. The Hebrew letter Yod, which has spiritual connotations, represents “hand” or consciousness.

One starts to question whether interpretations of this configuration have gotten too hyped up. Does the YOD actually imply the presence of God? Are there  any pivotal moments or turning points? Can it also bring a strong energy concentration to the planet’s apex, symbolising something that needs to be expressed? When it comes to life events, the Yod seems to be a bit of a yo-yo, swinging things in a different direction, especially after a major planetary body in transit triggers it into action.

The Yod pattern consists of signs that are in harmonious relationships with one another and signs that are in inharmonious relationships. It’s possible that the Yod will make the sextile even more powerful. A number of astrologers are of the opinion that there is more than one way to make the most of this challenging and constructive energy. According to astrologer Liz Greene, planetary configurations for purposes of illustration can be likened to small families of planets residing within the birth chart – and the horoscope may contain more than one of these little families.

It was referred to by the Zodiac Master as the neurotic planetary configuration. That is to say, it starts off its manifestation by behaving in a pretty nice, docile, and easy going manner, but then the entire planetary family starts behaving in a confrontational manner toward one another. He used the word “inconsistent,” and it is impossible to anticipate what one will do next. Howard Sasportas provided an entertaining example that can be found in The Inner Planets. He described two cattle ranchers standing apart (sextile) and lassoing a small dogie in the middle of them.

The mystery is still unsolved: Joan Kellog, who wrote a book that focused specifically on the nature of yods, was of the opinion that Alice Bailey’s perspective on yods was totally wrong. Kellog is under the impression that information about Bailey is being omitted on purpose and may even be intentionally misleading. It is believed that the Yod represents a unique ability or a task that must be completed, and that it assumes a significant role in the life of the person who possesses it. According to Kellog, the Yod holds the solution to a particular mystery and conceals within the geometry of its shape a karmic or spiritual teaching. The topmost planet is also said to represent difficult life lessons, which may or may not be true. There is still no clear answer to the question of the OVER-SIGNIFICANCE of Yods, but it’s possible that a mysterious form of fate is at play here.

The whole aspect pattern can be summed up by the contradiction that the Yod represents. The quincunx aspects are constantly putting you in a position where you have to make a decision, but the sextile gives you the opportunity to use favourable circumstances to your advantage or the ability to create more opportunities. The Finger of Fate is frequently associated with having a special life purpose and a powerful internal drive to achieve something that is enormously important.