An individual with Sun conjunct Mercury combines will-power, overall outlook on life and the centrality of their being, with speech, communicating, and language all into an intense and focused expression. Since the Sun and Mercury are never more than 28 degrees apart, this aspect is fairly common. However, it makes it no less potent. If the Sun and Mercury are in different signs it is, however, thought to give more objectivity.

This is often an extremely creative combination associated with all forms of mental achievement and it can especially incline an individual to be in the limelight or find some recognition in the area of communication. Perhaps it is most expressed through the individual gaining knowledge, traveling or achieving a distinction in scholastic or literary areas. To assist in these matters, the mind can be active and the person takes pride in making good use of it. The intellectual talents and capabilities shine, and they speak with passion and warmth. Furthermore, it can sometimes make the Sun conjunct Mercury person disposed to live in the head. Nevertheless this a bright intellect one which feels incredibly alive and full of energy when involved in a constant source of information and, in this regards, it can be highly stimulating. 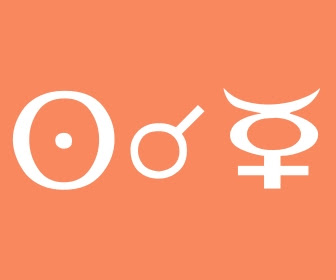 In general, they are governed by a sound common sense and find it natural to merge self-expression with their mental ability. As with all Mercurial contacts, it gives an inclination towards writing, lecturing or debating. The wit, humor, and cleverness exuded will ensure there is a good response from others. As in this case, there can also be a profound ability to express the self through the power of words. Another offshoot is that it can bring a connection with journalism or some other Mercurial occupation such as transport. It can also incline a person to be restless and sometimes mediation or some form of quiet time is needed to wind down, relax, and put the mind to bed. Otherwise, there is a strong desire to communicate and positively this may bring some form of success and nobility. The person might pride themselves on being at the center of the scene, identifying with popular ideas and with a strong creative mind. Whatever concerns the individual usually finds an outlet is some shape or form.

General: Percieving, understanding, thinking through, ordering, and formulating what is essential. The distance between critical perception and subjective wanting. Self-criticism. Making oneself understood. By Keywords for Astrology

The individual might be prone to over-rationalization, and sharpness of mind. With the Sun conjunct Mercury, they can be the beacon of light within the communication area. With this conjunction, however, it can often mean the self-image and mental expression are tightly bound together. Some astrologers imply that such an individual will have difficulty in seeing outside of their own opinions, ideas, and thinking. It can be associated with serious ‘blindspots’ resulting from a strength of ideas. All people have subjectivity but it may be harder for Sun-Mercury to separate from their personal views, and it can make taking in the views of others difficult.

In general, a contact between these two planets results in a singular perception and feeling strong in whatever conceptions arise. According to traditional astrology if the conjunction is too close – within 5 degrees – it’s described as ‘combust’, which means the mental powers are impaired and it is believed the mind needs to cool down as there is a danger of egocentricity. However, Margaret Hone and plenty of modern astrologers disagree with this statement. On the whole, the mind it thought to be energized, alert and lively. On the positive side, it can make them an effective communicator, with a talent for influencing others with the power of their words.