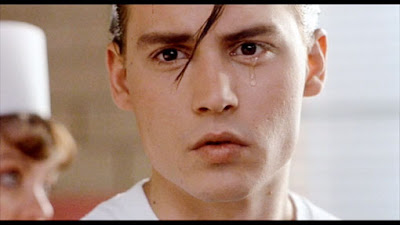 Cancer is the first sign of feeling, it rules the family, home, past, and memory. The strongest urge for Cancer is security and “familiar” territory. It’s likely the Cancer man would present a tough, strong exterior, but underneath he is touchy, sensitive, tender, and is ruled by the Moon. The Cancer man is dominated by the ebb and flow of his Moon/Moods. Tradition appeals to Cancer and he has a powerful connection with his home, children, and history. The Cancer man can have old-fashioned values, however, not every Cancer man wants a family in the traditional sense, and the rest of the chart may show more independent qualities and need for space.

Liz Greene says, “They needn’t have ties of blood. But the feeling of continuity with the past is terribly important to Cancer. The past is often more real to Cancer than the present because it’s known and therefore safe.” Cancer fears the future and is a worry-prone sign; they don’t trust the unfamiliar. Many astrologers have called this sign a “mother’s boy” in the sense that mother has a large influence over him for better or worse. Mother and childhood hold powerful sentimental feelings, and Cancer claws do have difficulty letting go of the past. A Cancer man may look for a relationship that is motherly and actively protecting, nourishing, caring, and feeding. If the Cancer man wants to be motherly in a relationship he will look for a partner that “needs” him in some way.

There is a protective nature in the Cancer man and once attached he doesn’t let go easily. The Cancer man often has a sidestepping nature, although he is cardinal, active, and ambitious he won’t always confront directly or upfront. In this way, he dodges responsibility but creates situations where the other has to take action. The sign may be evasive and this is infuriating for other direct signs. It can create a fretting response and an indecisive nature, and his moods are constantly changing. He is acutely sensitive to changes in the environment. Mars the planet of assertiveness, action, and aggression is in its fall in Cancer. His imagination is one of his greatest gifts. The more independent signs may find Cancer too needy, clingy, and dependent, but there is another type of Cancer man, one that avoids his own emotional needs and appears  “unattached” to anybody. This type of man is yet to get in touch with his solar sign.

He is also afraid of being exposed, he knows how soft, tender and vulnerable he is underneath his hard shell. Therefore, he creates strong defenses in his environment. And he can read others’ feelings and picks them up immediately. The highest types of this sign can nourish the females and protect them. You will find understanding and tenderness in his arms and a place where you both can feel at home shielded away from the harsh world outside. On a psychic level, these men are attuned to women’s needs and are sensitive to their roles. In some Cancer men, you will find the sweetest natures; he will be careful not to hurt you directly, but if he feels the relationship isn’t working anymore he will withdraw from you. If the crab is hiding in his shell he has usually been deeply hurt and is protecting himself. Or, he no longer wants to be with you and doesn’t want to be the one to confront the issue. Cancer can be snappy and critical when feeling vulnerable so watch out for his moodiness. Ultimately, he has a shy, introverted nature but often his emotional support, feeling nature, and sensitivity are his greatest strengths.

Cancer Quotes: She Usually Has No Idea of Her Strength Until She Reaches Thirty
Cancer, Scorpio & Pisces: Watercolors
The Cardinal Signs: Aries, Cancer, Libra and Capricorn
The Evolved Cancer: Gift From the Sea
Songs of the Zodiac: Cancer
Cancer Quotes
The Moon & Cancer: A Woman's Intuition
The Water Types