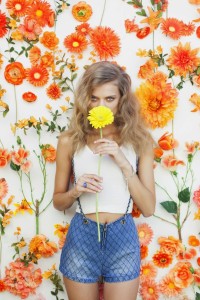 The second house is where we earn a living; develop talents and abilities that help to sustain us in the material world; it is also earthy, ruled over by Venus and rules the material side of life. Howard Sasportas refers to this part of the chart in The Twelve Houses

as the next step in establishing ourselves in the world – “making ourselves more stable, solid, permanent and enduring.”

A lot of people can place their esteem on their earning capacity, along with a sense of self-value, and worth. Thus, a lot can be riding on this house when it comes to how well we feel we provide. Even the less materially inclined would agree that money does have its benefits, its fruitful and rewarding values, especially for giving an individual a sense of security, but as it is stated – there are many other pursuits that can give us a sense of feeling rooted in our environment such as knowledge, religion, and spiritual interests.

Earth signs and houses are related to the physical body, earthy reality, and represents what is heavy in nature, stays still; it can be concrete and relied upon. When we enter an earthy house we are in the world of self-sufficiency and of earning money, building upon our skills and working towards a goal (2nd, 6th, and 10th house), therefore when a planet is placed in one of these houses it affects the material world, and with an outer planet like Uranus it can shake the stability internally and externally.

Uranus is the planet of shocks, revolution, rebellion and individualism. The planet functions in erratic and unpredictable ways, but this is also a highly original energy, and things are likely to be approached in a different way. The individual with Uranus placed in the 2nd house may need a lot of freedom when it comes to earning a living, but there can also be unexpected changes in this house and the sense of security may be shattered.

The money could come in and out sporadically, and there might be irregular patterns involved in the material sphere. If Uranus is aspected by a benefic planet (Venus or Jupiter) there may be times of sudden windfalls. If Uranus is in difficult aspect there are usually uncomfortable and abrupt changes that are unsettling, and also, money coming through unexpected sources in both cases.

Other unforeseen happenings appear in the individual’s life that forces them into changing, pushing the person towards developing other avenues that are unexplored and ones that are often reluctantly resisted. It can come as a shock, at first, to be thrown into new territory into a completely different job, but it can help the individual see things from a brand new perspective and perceive the untapped potential that can be fulfilled. On the highest level of expression, it is exhilarating, exciting and fulfilling when the individual allows the self to be opened up by the experience.

However, the more a person digs in their heels, keeping two feet firmly planted on the ground, and if there is extreme resistance to any kind of alteration this placement is more difficult, challenging and upsetting. Uranus here can completely change the person’s original values, and they will see a change in their personal world. Alan Oken’s Complete Astrology: The Classic Guide to Modern Astrology

interpretation of Uranus in the 2nd house sounds particularly Plutonian:

“As sudden circumstances which change personal finances. This could take the form of ideas leading to increase or drastic circumstances that one’s finances are completely “wiped out.”

Usually, when something is completely wiped out, it is called a clean sweep and usually belongs to Pluto. However, it could all signify the shocking nature of having one’s finances removed and changed drastically.

The person with Uranus placed in this position, can “use” their sense of originality, uniqueness, and intellectual ability in a practical way. Perhaps independent work is sought, and sometimes this suits the person well since they hate to feel caged financially or be overly dependent on others for income. Uranus will not be tied down, and the person may need to avoid businesses and companies, as there is the chance of feeling trapped in this world and of no further possibilities arising or as fate would have it these places close suddenly, cut jobs unexpectedly, and things turn upside down all at once.

The purpose of this placement is to allow the individual to experience variation, freedom, change and the ability to break free from the “normal” ways of earning a living. Using their originality in the world, it can mean that a job may involve unusual hours, or the work isn’t dependable. The person needs to watch out for those crazy spending moments, and rebellious times when they really don’t give a hoot about saving for a rainy day. It might manifest in a live for the moment attitude in regards to savings, and it is also difficult for Uranus to settle for the ordinary in terms of earning potential.

The individual could discover and think of new and untried ways of making money, breaking ground. It offers the individual a more promising future in regards to their financial situation. The main essence is the sense of liberation one feels and also a certain level of detachment. All that is often needed is a different perspective, an alternative view to swing things back around. The person may not care too much about the material world, and cut it all loose. The dynamic and electric vibration of Uranus in this house is incorporating more enlightened views in regards to one’s values. Uranus here makes finances unpredictable, but there is always potential. Uranus lives for the future of any individual’s capabilities, and this placement helps to unfold and manifest those in material form.

Through Uranus in the 2nd house, one can realize their personal gifts and talents and sometimes it can mean the actual earning a living out of Urnanian pursuits such as having a talent for astrology, technology, psychology, science, engineering, and the occult field. Astrologer Jeff Green calls the 2nd house archetype: “the instinct to survive, and this involves becoming aware of resources”.

Many people never use their full resources completely, often having talents in a different area, but never really developing those abilities. An individual with Uranus in the 2nd house is discovering and exploring those talents. Jeff Green is an evolutionary astrologer, and the reading is focused on soul-growth and Uranus in the horoscope is about stimulating awareness and offers important and relevant information about this planetary position:

The liberation and freedom from the known with Uranus in the 2nd house means to break free from any value system, lifestyle, resource, use or application, or excessive dependency issue that restricts, inhibits, or does not allow for the individuality of the person to be developed. Liberation means to establish values and a lifestyle that reflects what the individual inherently is; it means to become more self-reliant and non-dependent. Freedom from the known means to change as necessary what is valued to allow new resources to evolve as required; to use and establish those resources in new ways that allow for individual…survival. Jeffrey Wolf Green Evolutionary Astrology: Uranus: Freedom from the Known

Uranus in the 2nd house can be an indication if the financially independent individual. The 2nd house is personal talents, abilities, and skills and one must withdraw this energy to use in helping build a future, one that fulfills their creative potential and also offers freedom and a new way of looking at the power of one’s personal resources.