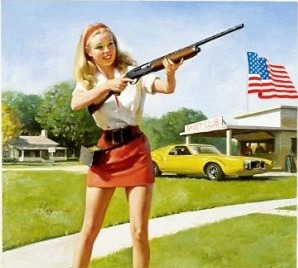 Astrologer Liz Greene had some interesting opinions on the chart of America and lack of Neptune in the horoscope. America has come under an intense spotlight over the killing of Osama Bin Laden. The whole event has taken some of the sheen away from the British Royal Wedding. The weekend was eventful, to say the least.

America is leading the way in the fight against terrorism, but many people have disagreed with the way in which it was done. While others have felt his murder was justified, and that those people who were killed in the Twin Towers were also vulnerable and unarmed when terrorists struck. Let’s now move onto some astrology and away from the conflicting ideas about how to combat the terrors of our world. Liz Greene’s interpretation of America’s chart had me wondering about gun culture. If another country had captured Osama, would it have turned out differently? Perhaps he would still be alive now, and waiting for trial.

President Obama has transiting Neptune square his Moon at the moment and the covert mission has created quite a scandal.

Here is the interpretation below:

The Neptunian longing may not be a major factor in a national birth chart horoscope, just as it may be relatively obscure in the individual horoscope. Thus Neptune’s dreams may not dominate overall collective values. A good example of this relative “absence” of Neptunian vision is the horoscope of the United States, in which Neptune neither aspects Sun nor Moon. Neptune here is widely conjunct the M.C from the 9th house, and squares Mars in Gemini in the 7th. I would not call this a Neptunian chart, especially since there is no Sun-Neptune contact and therefore no inclination to expect salvation from government or to perceive the leadership as semi-divine.

American aspirations are Jupiterian rather than Neptunian, as might be expected from a Sun-Jupiter conjunction and a Sagittarian Ascendant, and are focused not on the submergence of the individual in the mass psyche but on equal opportunities for every individual; health, wealth and the pursuit of happiness. There is no collective philosophy of suffering and sacrifice in the name of the public good. Any nation which so ferociously protects its citizens’ right to possess firearms can hardly be viewed as Neptunian. Although the U.S.A has more than its share of fanatical religious cults (Neptune is after all, in the 9th house of the national chart)…The powerful and rather frightening influence of fundamentalist Christianity on political decision making is Saturnian rather than Neptunian in nature. The Astrological Neptune and the Quest for Redemption