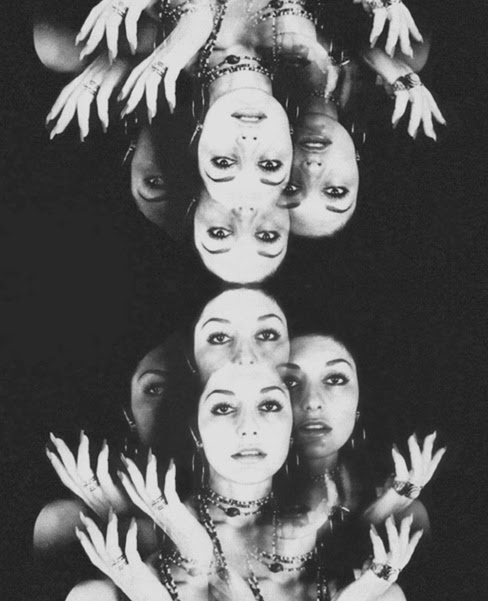 On November 9, 1965, there was a serious disruption to the power supply in the northeaster provinces of America and Canada. The major incident occurred when a maintenance worker set a protective relay to trip too low a value. As a result, an area covering 80,000 sq miles, including Ontario in Canada, and Connecticut, Massachusetts, New Hampshire, Rhode Island, Vermont, New York, and New Jersey in the United States, was plunged into darkness and did not regain power for 12 hours. The power cut affected 25 million people, and only those areas with independent old-fashioned generators were able to maintain power. Sparks from the affected power stations were widely reported as ‘fireballs’ in the sky, and these in turn became inflated into sightings of U.F.0.s. The official explanation of the ‘fireballs’ was made known the following day.

The “cause” of the North American blackout might be shown by the exact Uranus-Pluto conjunction in Virgo. Historically, Uranus-Pluto has coincided with the introduction of the contraceptive pill, silicone chip and the computer and technological revolution and is also linked with nuclear power. When Uranus contacts Pluto it is said to represent the most transformative and far-reaching changes that society can experience. According to astrologer Sue Tompkins, “As With the myth, Uranus is the planet to be associated with castration of all kinds and here one can include any situation where something has been cut out or cut off. An individual ‘cutting out’ and becoming emotionally detached from their feelings is another example of Uranus at work”. Uranus rules all things that operate at lightning speed and anything that has an incredible amount of voltage energy, like: shocks, revolts, lightning and flashes. Uranus coincided with the dawn of the technological age. In the idea that man should not be limited by nature.

Pluto, on the other hand, destroys and forces us into darkness. When in Pluto mode, we are forced to rely on our survival and primitive instincts. Astrologer Liz Greene ties the Uranus-Pluto conjunction in Virgo with the whole concept of the flower-power generation of 1960s , and the sign of Virgo rules over daily life, natural cycles and the conjunction created radical thinking about the quality of daily life. The energy crisis of 1965 is also linked to the ongoing Uranus-Pluto square today and amplifies the need for renewable forms of energy, and to revolutionize the way power is used. The power (Pluto) cut (Uranus) is symbolic of this heavy outer planetary conjunction. Pluto is the planetary ruler of crisis. Uranus rules disruption and chaos. Virgo is the sign of daily life, work and order. The blackout created all kinds of chaos to normal routine and the functioning system of society. With all the great progress that humanity has made and the way in which we illuminate our world with technological advancement and revolutionary spirit. Pluto represents the forces out of our control and we can be plunged into darkness with only our instinctive nature and inner resources to rely on (Pluto). Depending on how well prepared we are for crisis shows how well we cope in times of change.

I recall the blackout and all the fuss about it. My parents spent the day running around to provide us with lights, heat and food. We ate hot dogs cooked over the fireplace in the living room and played games. My Dad had a little transistor radio that provided updates about the blackout and general news.

I clearly recall sitting on the front steps of my house with my good friend Barbara, who lived next door, that night. We were singing, laughing, and killing time while the world sat dark and silent. We sat on the front steps singing our hearts out until about 10:30 or so that night. I recall it being a very crisp typical New York fall night.

One man described the conjunction as “An unexpected (Uranus) crisis (Pluto).  Also, prisoners (Pluto) used this time as a prime opportunity to create a full scale riot (Uranus). Here is a video report about the sudden (Uranus) blackout (Pluto) that disrupted the lives of over 25 million people for 12 hours.