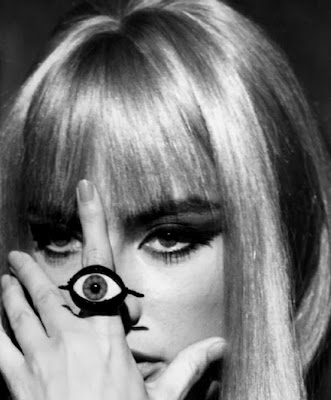 The meaning of Uranus is to wake us up with a new perspective or insight that has been unconscious. It is the part of us that experiences a ‘personal breakthrough’. A new discovery about ourselves that was unclear before. Uranus is like finally seeing life in high definition and everything is much clearer, brighter and more vibrant. However, it also rules the many ups and downs of life, from the exciting, exhilarating, to chaotic disorder when everything feels as though it has been turned on its head.

With Uranus, the planet of breakthroughs, revolutions and progress, all traditional forms are shattered. When a person is under a tough (conjunction, square and opposition) natal and transiting action of this planet, it can bring about shattering disruptions and represents an unpredictable change. It also has a tendency for breaking bones, glass, and life structures. Life is never the same again, and where and how this kind of sudden unpredictability happens depends on Uranus’ natal position and its planetary aspects.

Astrologer, Erin Sullivan, describes a Uranus transit as “having our reality shattered, split and scattered about.” Uranus has a way of breaking things apart, freeing us from the binds that tie us, and things are overturned. Uranus is very much like a cyclone and blows everything apart. It creates this whirlwind effect through our lives so that nothing can be pinned down.

Those with Uranus prominent in the horoscope are often unusually clever, well educated with the capacity to offer deep, sharp and accurate revelations. Although many Uranians are rebels and enjoy shocking others, the planet longs to break through boundaries and limitations. Uranus moves at a speed that makes everybody else look slow, and those with the planet powerfully aspected in their natal chart are magnetic, and often achieve heights never before attained.

Uranus, the planet of raising awareness, asks us could we be the same as the gods, or are we just human beings destined to fumble around in the dark? The quest for truth opens up a new world for those seeking answers to universal questions.  The insurgent side of this planet seeks to break the rules, cause chaos, and uprisings in the name of change, progress and freedom. It holds sway over futuristic thinking and new ways of living, and a powerful rejection of the status quo in favour of a new birth. Moreover, they strongly oppose the idea of fate and control and refuse to believe that there isn’t an aspect of free-will. On the other hand, Uranus is prone to developing a fixation on the future at the expense of the present, usually because the Uranian individual feels intense about the ability to ‘choose freely’ and in the way, one wants to live.

With Uranus, it rules all kinds of higher knowledge about our universe and that includes astrology, astronomy, science, mathematics, geometry, and technological advances. It offers a higher sight of the world and governs over alternative approaches. Together with an extensive knowledge of unusual, progressive, experimental, and mystical knowledge, Uranus has been described as our ‘third eye’ and details many individual stories of awakening to the truth. It claims we have inbuilt ability to access infinite wisdom that opens up insights about our existence and is important knowledge for every human life, and it is comparable to a matrix of information connecting us to a complete map.

Tarot doctrine gives us a clue for understanding the significance of the “All Seeing Eye.” The Tarot Key 0, The Fool, is regarded as the summary of all the tarot keys.There is a special symbol on this Tarot key; we are referring to the “open eye” subtly encrypted on the Fool’s wallet precisely where the lock of the purse is located. The open eye on the flap of the wallet hints at the awakening of a higher vision to tap the subconscious mind. ..In Quablistic Astrology it is assigned to the pineal gland; however the higher octave of this planet is Uranus, and to Uranus, Tarot Key 0, The Fool, is attributed. Again in this picture is encrypted an entire wisdom that would require an entire volume to exhaust all its meaning.

According to esoteric astrology tradition “The All Seeing Eye” represents the “third eye” or the pineal gland in the human body which is located between the eyebrows….In Free Freemasonry god is called the Great Archtect of the Universe. This title immediately immediately brings to mind the old maxim familiar in metaphysical circles “In the beginning God geometrized.” Symbolically the fundamental tools of the Great Architect are the squares and compasses. The first is an instrument to measure space and the second allows one to draw a circumference which is the symbol of the zodiac—time. The Dawning of the Golden Age of Aquarius: (Redefining the Concepts of God, Man, and the Universe)