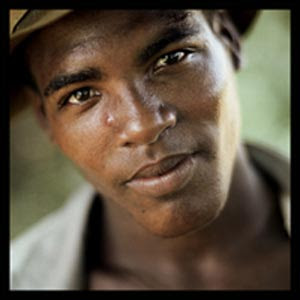 I once wrote somewhere on this blog about Liz Greene’s interpretation of Pluto in The Astrology of Fate as representing the black man. It was part of a dream analysis she was working through with a client. I also mentioned how astrologer Sue Tompkins related Pluto with the black culture:

Black Culture and Our Historical Roots

“White people who have black lovers often have Venus and especially Mars in aspect to their Pluto. In less enlightened times such intermingling was considered to be taboo. However, black people with white lovers do not on the whole have the same aspects. This leads me to believe that Pluto has a lot to do with the black culture itself. There is much evidence to support this view. For a start, there is no doubt that, right across the globe, black culture has been suppressed by white cultures. Also black people fared much better and gained greater political power when Pluto was in its own sign of Scorpio.” Sue Tompkins – The Contemporary Astrologers Handbook

I do actually think that they have a valid point, and if we take this literally and associate planets to race, I get the feeling that white people are stuck with the planet Saturn, but other astrologers would probably strongly disagree with this statement. Astrologically, Pluto rules the collective shadow and describes elements we need to eliminate in life. The collective shadow represents material that has been repressed over a long period of time. When Pluto transits through a sign we see all kinds of eruptions, power issues, and control of the area of life which the sign rules. Pluto also describes where we are most likely to feel persecuted and exposed.

The turning point in the history of the American people happened when Obama became the first black president. Transiting Pluto was just about to enter Capricorn, and 45 years of racial segregation in the United Sates had come to an end. He came to power during a difficult time in U.S History, in the middle of an economic crisis. The black man ascended to the highest position in the land. Capricorn rules the 10th house and this house is positioned at the top of the astrological chart and it rules the government, authority, and people in “top” positions.