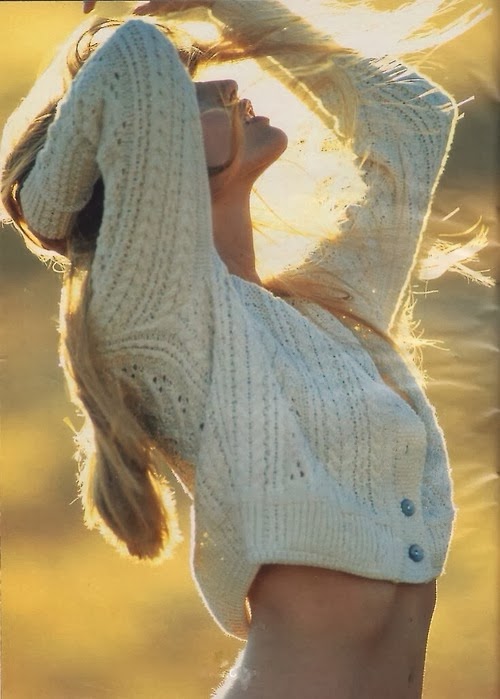 In his book, A Sagittarian’s or Neurosurgeon’s Journey into the Afterlife, Dr Eben Alexander describes his near-death experience and asserts that science can and will decide whether or not heaven exists. The book is a best-seller. However, I was put off by allegations that the tale itself may have been overstated and that there are some anomalies in his narrative. The book is currently on my to-read list. The author is dealing with legal concerns related to his professional job, and he has committed blunders that have resulted in him being removed from the medical board. The book’s authority is still being called into doubt today.

According to Esquire magazine’s (August 2013 issue) extensive investigation into Alexander’s life and medical background, Alexander had been fired or suspended from a number of hospital positions and had been the subject of several malpractice lawsuits, including at least two involving the alteration of medical records to conceal a medical error prior to the publication of Proof of Heaven.

The magazine also found what it claimed were discrepancies with regard to Alexander’s version of events in the book. Among the discrepancies, according to an account of the Esquire article in Forbes, was that “Alexander writes that he slipped into the coma as a result of severe bacterial meningitis and had no higher brain activity, while a doctor who cared for him says the coma was medically induced and the patient was conscious, though hallucinating.”

Alexander issued a statement after the Esquire article’s publication: “I wrote a truthful account of my experiences in PROOF OF HEAVEN and have acknowledged in the book both my professional and personal accomplishments and my setbacks. I stand by every word in this book and have made its message the purpose of my life. Esquire’s cynical article distorts the facts of my 25-year career as a neurosurgeon and is a textbook example of how unsupported assertions and cherry-picked information can be assembled at the expense of the truth.”

Alexander is the author of the 2012 autobiographical book Proof of Heaven: A Neurosurgeon’s Journey into the Afterlife, in which he asserts that his out of body and near death experience (NDE) while in a meningitis-induced coma in 2008 proves that consciousness is independent of the brain, that death is an illusion, and that an eternity of perfect splendor awaits us beyond the grave — complete with angels, clouds, and departed relatives, but also including butterflies and a beautiful girl in peasant dress who Alexander finds out later was his departed sister.

According to him, the current understanding of the mind “now lies broken at our feet ”— for “What happened to me destroyed it, and I intend to spend the rest of my life investigating the true nature of consciousness and making the fact that we are more, much more, than our physical brains as clear as I can, both to my fellow scientists and to people at large.”

In his astrological chart, we come across a persona that is particularly Jupiterian in nature. Eben’s Sun, Mercury, and Venus are all in Sagittarius, and the Sun is in opposition to Jupiter. On the spiritual path, the element of fire not only coexists with the element of water, but it also represents the spark of life, the spirit, and the holy grail. In terms of the fire signs, the spiritual journey is perhaps the most appropriate lens through which to view them, and one of their primary abilities is the ability to ‘intuit.’

The fire signs are more concerned with their own identities, and they have a stronger sense of mission, self-expression, and a desire to widen their horizons than the other signs. Due to the negative element of water and the positive meaning of fire in their signs, they also have a great deal of passion, joy, and desire. Although the Doctor possesses watery characteristics, which include his natal Sun trine Pluto, Mercury square Pluto, and Mars conjunct Neptune. The exterior power of fire is to generate heat and light, as well as excitement and immense zest.

With Sagittarius, in particular, their ideas have the potential to spread like wildfire, and they rule over publication, marketing, and advertising, which they use as a platform for disseminating the word about their products. The arrow that Sagittarius wields represents the flight of ideas, enlarged experiences, and unlimited possibilities, all with the ultimate objective of better understanding as their final destination. Firstly and foremost, the sign must GROW, and it frequently requires a strong intellectual and ethical underpinning.

Sagittarius is known for his impulsive displays of wealth, and he is connected with learning and teaching. According to astrologer Liz Greene, Sagittarius is prone to having sudden insights and revelations that come directly from the “transcendent” dimension of the unconscious, as well as having a strong spirituality. When it comes to the legendary character of Zeus-Jupiter, the Indo-European root for the name implies enlightener, as in the one who brings about enlightenment. In this context, it refers to all of the things that exist outside of the realm of ordinary experience.

In religion, transcendence refers to the aspect of God’s nature and power which is wholly independent of the material universe, beyond all physical laws. This is contrasted with immanence, where God is fully present in the physical world and thus accessible to creatures in various ways. In religious experience transcendence is a state of being that has overcome the limitations of physical existence and by some definitions has also become independent of it. This is typically manifested in prayer, séance, meditation, psychedelics and paranormal “visions”. It is affirmed in the concept of the divine in the major religious traditions, and contrasts with the notion of God, or the Absolute, existing exclusively in the physical order (immanentism), or indistinguishable from it (pantheism). Transcendence can be attributed to the divine not only in its being, but also in its knowledge. Thus, God transcends the universe, but also transcends knowledge (is beyond the grasp of the human mind).

Additionally, according to Liz Greene, Sagittarius can never substantiate his claims; rather, he simply “knows” something to be true—usually after having had some sort of enlightenment.

He certainly didn’t get it by doing careful statistical research; he got it from heaven. By Liz Greene, The Development of the Personality

Sagittarius is the zodiac sign of the teacher or preacher, and their knowledge may be scientific, political, theological, or spiritual in character, depending on other factors in their chart.

The Sun-Jupiter aspect in the Doctor’s chart indicates the following:

The individual who has this contact is frequently interested in Jupiter-type hobbies such as travelling, writing, public relations, religion, spirituality, teaching, and, in general, anything that develops and expands their understanding of the universe. They are constantly on the lookout for possibilities that will allow them to develop personally. Sun-Jupiter is not typically a person who can be relied on to perform a dismal, routine work on a daily basis. They are curious about what is possible and ready to put their abilities to the best use possible while also learning more. However, in certain cases, this is seen as the individual acting as though they are above all else in the world.

After reading some of the book’s reviews, it is evident that there are doubters and believers, and the Doc has been accused of being egotistical for exaggerating his qualifications and over-emphasizing his medical background, among other accusations. The fact that he has made mistakes and attempted to conceal them is most likely due to his Jupiterian manner of viewing the big picture, which causes blunders to be made on a regular basis. It may be a type of price that Sagittarians have to pay for having such a broad scope of vision and understanding.

The book has been regarded as being very wordy, and of course, one of the worries with Sagittarius is that the smaller details are overlooked in favour of the large picture, which might be a source of contention. The sign frequently necessitates a significant amount of elbow room and does not always function properly in confined spaces. Furthermore, hyperbole, passionate convictions, and deception might all pose a threat to the public. However, and in a good light, it may also signify a well-educated intellect, as well as someone who possesses a strong sense of inner conviction and honesty.

It also cannot be denied that Sagittarius experiences things that are out of the usual at times; what may seem like a strange experience to others may become a way of life for them. Those who adhere to the sagiitarian philosophy believe that life without a sense of purpose, belief, or meaning is a gloomy and dismal world. Above all, Sagittarians need to believe in what they are doing and generally gain a huge following because of their confidence and trust.

Usually, the sign is intensely religious and strives to escape restrictive surroundings in search of something greater. They would despise being confined to concepts and would prefer to be free to explore new ideas, as well as having a need for a great deal of diversity. Jupiter is the ruler of the thunderbolt that ignited heaven, and it represents our need for a father in heaven – a desire to be a part of something more meaningful than ourselves.

Colin Wilson’s book on the Afterlife contains a number of intriguing ideas, one of which is the one presented here about the differences between some of the things we see in the spirit world and those we see in the physical world.

“What Steiner is saying here is something that soon dawns on most readers accounts of near death experiences. Some find themselves walking towards a celestial city, some find themselves in flowery meadows, some find themselves drawn towards a heavenly gateway or a whirlpool of light. It looks as if everyone is interpreting the experience in terms of their own familiar concepts. Steiner is suggesting that visionaries like Swedenborg, who have caught a glimpse of the ‘supersensible world’ are bound to interpret it according to their ingrained mental habits, and that this explains why the revelations of spiritualism often seem slightly ludicrous.