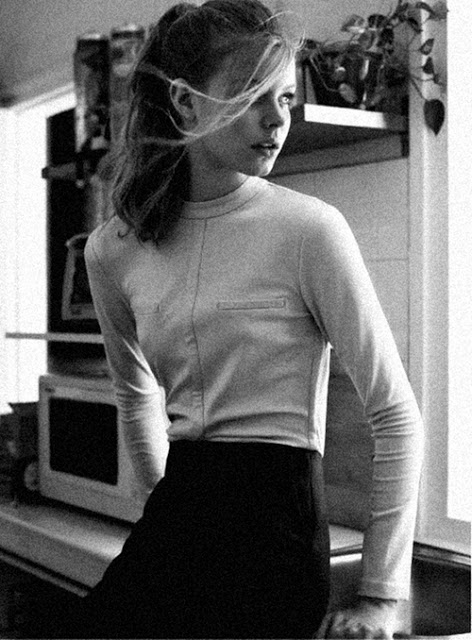 The personality of the Virgoan is self-contained and always kept under control. Like a garden enclosed or a wall sealed up, the glyph for Virgo denotes the reflective and inward development of the self. The Virgoan energy is key to the completion of the individual personality. It is also a sign thought to suffer from many a crisis of conscience, and naturally shies away from anything unwholesome. The highest spiritual meaning of the sign and its evolution is being completely true unto the self. A whole individual. The person is harvesting everything together for self-containment. This usually involves a major crisis, where the individual is taken away from the world for a while. They must contemplate in solitude, and deeply, only on what is necessary for life. Self-knowledge is everything, but they can be accused of being workaholics permeated with the powerful instinct to serve others.

The conventional image for Virgo in most traditional astrology books describes them as being well-groomed, radiating efficiency, and well put together. Being born under the element of earth, there’s a practical and functional nature. Being also under a negative function, Virgoan types are sometimes in-drawn, anxious and fearful. Ruled by the planet Mercury, this makes Virgo an intellectual sign, and the mental energy is put to work on the material plane. The feminine nature of the sign is obvious through its inward pulling power, signifying a more introverted way of thinking.

According to older astrological texts, the Mercurial connection makes the individual somewhat colder. It is believed that Mercury inclines to be unemotional, rational, and objective in its thinking. There is also thought to be a conflict between the natural sensuality of their earthy nature, and the untouched Virginial quality of the sign. In truth, they are not over-sentimental and can be somewhat shy and retiring, and this often prevents them from revealing all of their colors, the sleeve of reserve is always worn in social situations.

The Virgo nature is heavily weighted on the earthly plane of things, and this doesn’t mean spiritual things are of no interest, just as long as they can organize it into some kind of logical system. For mostly, they tend to prefer the every-day facts of reality. This over-focus on the mundane aspects of things usually means they don’t confront the invisible realm as much as other zodiacal signs. Virgos bring practicality, analysis, and efficiency. They are detailed oriented and especially capable in jobs that require a greater attention to detail.

The obsessive need to make everything just right can drive them crazy, somewhat neurotic, always finding fault in something. The powers of the rationale are extraordinary, always critiquing. Ultimately, they are helpful towards others, possess a kind heart, and love to teach what they know.