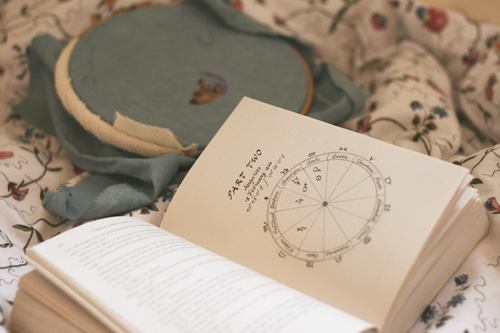 The Nostradamus book, interpreted by Liz Greene and Peter Lorie, takes a look at Pluto’s transit through the sign of Capricorn and the possibility of a new world government.

“Natal China: Like East Germany, this horoscope has a Sun/Neptune conjunction in Libra, which reflects the same kind of Utopian philosophy. Despite this noble concept the chart also has a Mars/Pluto conjunction in Leo, reflecting great ruthlessness. Between the years of 2011 and 2012 Pluto transits to form a square to China’s natal Sun when it transits through Capricorn. This suggests great upheaval in the structure of government. The way the astrological natal works, however, is very subtle, because prior to this upheaval we can see the process begin. Somehow secretly.

Nostradamus indicates that a single world leader will emerge. For such an event to occur, there would have to be growth towards a global government. According to a number of modern thinkers, the only solution to national conflict and individual state anarchy is through the existence of a global military force that is so great and so terrifying that no single nation would dare to break the rules. Stop war by the extreme threat of death. Nostradamus’ verse tells us that the first attempt at world leadership will be short lived and the first leader (monarch) will not succeed, not live too long.

We occupy an age of constant experiment and perhaps in the early part of the 21st century, as indicated by this quatrain, we will see yet another global story unfold. Another important aspect during this same period is is that which occurs as Pluto enters Capricorn, bringing it into opposition with America’s Venus, Jupiter, and Sun, all lined up in Cancer. In the birth chart, this group of planets is in the seventh house; nationally speaking, the house of allies and open enemies. This transit reflects a complete shift in America’s relationship with other countries. The transit of Pluto to the Sun was the aspect in force during the collapse of the Soviet Union, so we can see the potential scale of this situation in relation to America during this early period in the 21st Century.

England has the Sun in nine degrees Capricorn, and is not affected by the heavy planets until 2012, when Pluto transiting through Capricorn reaches the British Sun. Looking at various countries that have been affected by Pluto transits across their natal Sun positions reflects the major changes in their essential way of governing. On the other hand, the birth chart for the EEC, also has the Sun at 10 degrees Capricorn, and America’s Sun in 13 Cancer is not far away. So this reflects not so much an abdication by Charles, or the end of the British monarchy, but a more global government involving many western countries, leaving their constitutional monarchs alone bit affecting the structure of central government”.