The Astrology of Cheating 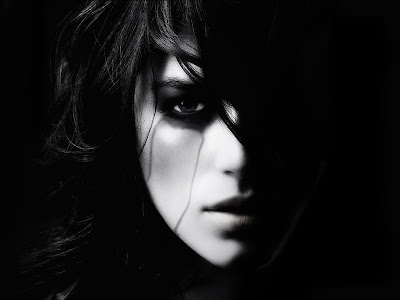 Curiosity got the better of me, and I began thinking about what I might see on a lover’s chart if he cheated. There was no information available for the “victims” of a cheating spouse in this tiny sample of charts, which was disappointing. These “cheaters’ horoscopes, on the other hand, had some noteworthy observations that were worth mentioning. First and foremost, it was discovered that transiting Neptune commonly aspected the Sun and/or Mars in the charts of persons who had engaged in dishonest behaviour. If we wanted to take a psychological approach to this, the astrologer may present the concept that an individual is filled with a sense of disenchantment (Neptune) about their life and marriage, and hence feels justified in engaging in a little extracurricular adultery on the side. Neptune, according to astrology, is a mysterious fantasist.

Neptune in all of us is often filled with guilt if we are deceitful and slippery in nature, and there are no safe boundaries to protect us. When a line is about to be crossed, Neptune transits are generally on their way to wreak havoc on the situation. Neptune also carries with it an overpowering sense of loss, desire, and the impossibility of achieving an unreachable goal. Under such a transit, the individual is pulled to a “redeemer” of some type, and falls into the lover’s arms in the belief that he or she would be able to provide some form of escape and fill that empty cup of imagination, desire, and unmet dreams.

Film star Clark Gable cheated with Loretta Young on the set of “The Call of the Wild” in 1935. During their relationship, Young fell pregnant, and she hid the pregnancy from the press. Gable had transiting Neptune conjunct Mars, and Pluto was completing its opposition to Venus. Loretta had transiting Neptune trine both Sun and Moon through-out the whole affair.

Humphrey Bogart was 45 years old when he cheated with Lauran Bacall, 19. When Bogart fell in love with the teenager, he felt torn between his loyalty for his marriage and his new lover. Still, he left his long suffering wife and formed a relationship with Bacall. Humphrey had transiting Neptune square both Sun and Mars. Lauren who was probably fairly innocent had no Neptune transits in her chart. However, she had transiting Saturn crossing her Sun, and this is the classic indication for a relationship with a much older man. Saturn rules time, age and maturity. Saturn transits signify those times when we get serious and make a commitment.

Ingrid Bergman’s affair with Roberto Rossellini was the most controversial at the time, she fell pregnant and was exiled from the U.S. Ingrid had transiting Saturn crossing her Sun and Venus, indicating a sense of duty, responsibility and heaviness in a relationship. And she was subjected to personal criticism and rejection from others. Furthermore, transiting Uranus was conjunct Mars and she was the one who initiated the affair with the Italian director. Mars-Uranus aspects can leave us feeling rebellious and looking for excitement (Mars-Uranus). Moreover transiting Neptune squared her natal Mars indicating sexual (Mars) deceit (Neptune). Rosellini had transiting Saturn square Venus, and Neptune was trining Venus and Mars. Also, transiting Pluto was square his Sun and Moon, indicating betrayal and humiliating experiences as well as complex emotional affairs.