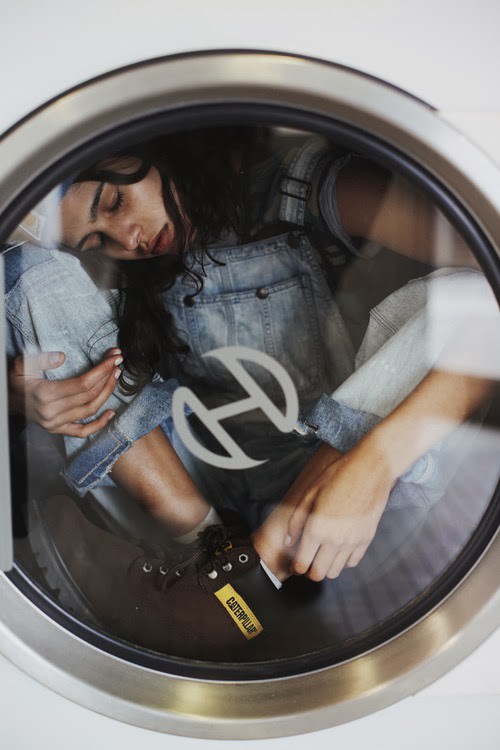 Water is an element ruled by Pisces, and it is symbolic of dissolution and regeneration. In order to reach this kind of state they often have to go through a process of unresolved issues so that they are able to reach the stage of renewal represented by the sign of Pisces, the planet Neptune and the 12th house.

Our feelings, another watery issue, can be like an emotional washing machine they get tumbled, jumbled and mixed around. This kind of emotional state happens more so when we are under heavy Neptune transits.

A difficult Neptune experience may have us falling into a state of confusion and finding ourselves adrift sifting through quite a large load of emotional issues. We become oversensitive, powerfully attuned to a different kind of reality and emotions flood out into the environment eventually taking us to the source of our overwhelming feelings.

The washing machine in dreams is symbolic of the need to resolve issues from the past and make a new start for ourselves. The 12th house of the horoscope follows the same kind of meaning and could be something that we need to wash out of our system, a cleansing process, as well as washing the dirty laundry. Some may view this as karma, and many would see it as a path towards spiritual growth and enlightenment.

The world is full of cycles from life to death, repeating patterns, to washing the slate clean and starting over again. Though, if we are feeling perpetually stuck in the same old cycle it could be the signal we need to reconnect back to our inner-selves our dreams, and visions by immersing the soul into music films art/photography, anything that is inspirational. This is how the human soul communicates to us, and those that have lost their way in life can be brought home. Indeed, many a weary soul hopes to be released from the endless cycle of karma. Time itself is seen as a timeless spiral with no beginning and no end, and life is thought to flow effortlessly.

It is also believed that our life and the lives of our ancestors are interconnected and interchangeable. Often dreams and discoveries about the past become guideposts for the future. The more we connect with the legacy handed down to us the more in tune we become with life as a whole. C.G Jung pointed out that visits to the creative unconscious refresh our spirits and put us in touch with our feelings, psychic development, and intuition. The spirit is thought to need periods of inactivity away from the outer world in order to restore itself.

Jung believed that certain traits belonging to our ancestors (12th) get buried away in the mind as complexes with a life of their own which have never been assimilated into the life of the individual and then, for some unknown reason, these complexes become activated. A lot of our karma often involves our relationships with the family and some of the biggest lessons we are learning involve love and forgiveness.

Colin Wilson, who was a philosopher, mystic, and paranormal writer, believes that every one of us is more or less out of touch with that deeper intuitive self. It is true, we all get lost sometimes and forget who we are, and our feelings come and go, rising and falling like waves of the ocean. Throughout his writings, he speaks frequently on the right side of the brain ruling over our intuitive half as it was thought to deal more with symbols, images and pictures. Many a Psychologist has quoted that they believe the right brain acts like a suppressed housewife who never dares to utter her own opinion and that she needs to overcome her shyness. The unconscious reveals what’s in and on your mind, subconscious thoughts and feelings that are hidden, forgotten out of sight.

William Blake said, “Who shall bind the Infinite” and this is something that easily applies to Pisces the sign of the fishes with the ability to swim freely in the imagination. The symbol of the fish is psychic in meaning and is symbolic of the ruler of the unconscious because of its relationship to the sea, and fishing in the unconscious amounts to hauling out the elements from the deepest layers, the ‘elusive treasure’, in others words –wisdom. Fish are also extremely fertile and lay thousands of eggs each year, and no one can deny Pisces, Neptune and 12th house people possess fertile imaginations. With this endless stream of images, these people create music, plays, photographs that offer us a refuge reuniting us with our inner self, unconscious, and soul.

Pisces, Neptune and the 12th house also have a connection to the unconscious contents of our dreams. Freud believed that dreams were not simply meaningless hallucinations, but a window into the unconscious that can reveal suppressed wishes. Psychologists believe that a greater awareness of “what lies beneath” meant someone was less likely to be tripped up by life. The unconscious was understood to be a well of wise solutions, and once we learn to ride our emotions we get less battered about. Often repressed memories held the opportunity for release and we are more aware of our emotional enmeshment’s and vulnerability to slip into family cycles.

Pisces, Neptune and the 12th house represent our state at pre-birth though it is said that the first part to develop in the womb is our arse so the fact that we are all born arseholes shouldn’t dampen the spirit. As human beings, we will hopefully get off the bloody wheel and stop being asses!