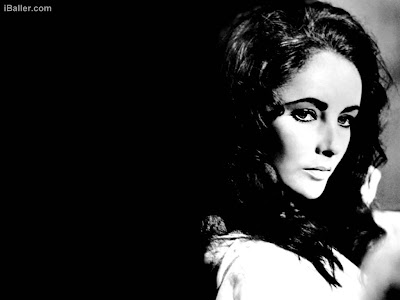 Based on Carol Rushman’s work on the natal promise for marriage, there is a traditional technique used in the book. It simply involves the Sun and its applying aspects. I will demonstrate how this is done by using Elizabeth Taylor’s natal chart as an example. Taylor has been married eight times to seven men (remarried Richard Burton). This is a staggering number of marriages, and a good example to use. The Sun is in Pisces at 7 degrees – matching her number of husbands. The aspects the Sun makes before it leaves the sign of Pisces are as follows: The imaginary movement of the Sun forms one trine to Pluto in Cancer at 20 degrees. In Elizabeth’s chart, it promises one marriage. As this is WAY OFF, it proves that sometimes other factors may need to be looked at in the chart.

The chart I am using for this study is from Astrodatabank, and the data given has a Rodden Rating of A. Other Elizabeth Taylor charts use Libra rising and this puts her Venus-Uranus conjunction in Aries in the 7th house. However, I will use the Sagittarian Ascendant, and I like to think it relates to the horse film – “National Velvet” (Sagittarius).

Taylor’s natal chart has Sagittarius rising with Gemini on the descendant (cusp of marriage). The descendant is said to symbolize those qualities which we seek in a partner. However, both sides of a pole need to be integrated into the individual personality, but often the qualities on the seventh house cusp are experienced through ‘others.‘ All signs opposite each other on the zodiac wheel naturally “oppose” one another, but they are also incredibly complimentary. Both Gemini and Sagittarius are multiple signs on the relationship axis and according to astrology, this can sometimes indicate more than one partner. Gemini on the descendant may indicate that she looks for men who are witty, intellectual, versatile, and who possess a good sense of humor.

Astrologers look to the planet Venus for further clues about romance, courtship, and pleasure. Venus is the planet of relationships love and beauty. Venus symbolizes what we value and has a lot of say about our romantic ideals. It is the feminine urge towards relating and adjusting in the sphere of personal relationships. Taylor has Venus in the self-orientated sign of Aries. Venus in Aries is about the budding potential of a relationship and even when the type is shackled up in a marriage, Venus in Aries needs to keep love new and fresh. 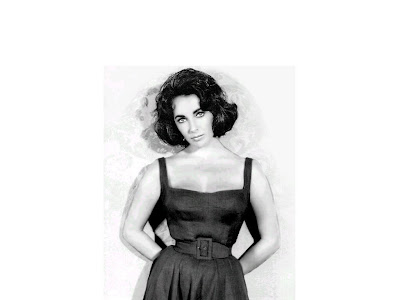 Venus trines expansive Jupiter (chart ruler), the ruler of her chart (Sagittarius rising), so she has a naturally optimistic outlook on love and knows there will always be more. It doesn’t take much for Lizzie to jump enthusiastically (Jupiter) into the next romance (Venus). According to James Braha, How to Be a Great Astrologer:

She is supremely lucky in gaining the affection of the love partner she desires. She must be aware of occasionally taking her lovers for granted. Because she so easily fulfils her love desires, she may not realize how fortunate and blessed she is compared to the rest of the human race. There may also be a tendency to be too enthralled by money and material comforts. In certain cases there is the possibility of laziness and indulgence. Also, she may be so comfortable by her charmed existence that she avoids at all costs the potentially gloomy and melancholy vibrations.

Everything was handed to me– looks, fame, wealth, honor, love. I rarely had to fight for anything.” By Liz Taylor

The Venus-Uranus-Jupiter configuration in Taylor’s chart trines her Sagittarian ascendant and possibly shows why she leaps (Jupiter) into relationships (Venus) and those sudden and magnetic attractions (Uranus). Elizabeth herself has a stunning beauty and the ascendant signifies how we come across. Taylor’s blue eyes contrasted with dark hair is appealing. The Venus-Uranus also conjunction falls in the fourth house of family home and background.

I researched Taylor’s early years to see if divorce or separation was a prominent feature. Uranus in the fourth house often signifies some kind of change affecting the family, and there may have been unstable affections around the father. It could have led to so many marriages in later years, Taylor’ss parents were both American and living in London, England. In 1945, at the beginning of war world II, the family moved back to America to avoid the hostility. Taylor’s father stayed behind for seven months while he tied up his art business in England. Transiting Saturn (duty) in Elizabeth’s chart was in her fourth house signaling a move due to “necessity” rather than choice. It can also indicate responsibility and heavy burdens at home at this time (fourth house).

Venus-Uranus is the classic divorce aspect in astrology, but relationships do not always divorce. A couple may have an unusual or exciting lifestyle, different living arrangements. Partnerships can begin suddenly and end just as quickly. When a relationship becomes predictable, stale, boring, then Venus-Uranus begins to get itchy, restless, and unpredictable. Uranus rules freedom and rebellion. Uranus also rules “idealism.” Taylor’srelationship patterns certainly did not follow the status quo and she didn’t really care about other people’s expectations. Anybody with this contact may choose unusual partners and have a sparkling social life, and romance always turns up out of the blue and when least expected.