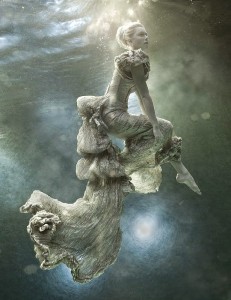 I visited the Maritime museum on the 100th anniversary of Titanic’s sinking with my partner and two boys. The sinking of the Titanic is one of the greatest tragedies in history, and the astrology of this gigantic boat and its fall to the bottom of the ocean is difficult to interpret. Nobody could look at the charts of the people on board and predict that such an unfortunate voyage on a ship was in store for every single passenger.

The chart of the Titanic hitting the iceberg is duly noted for nebulous Neptune being at the core of this event and its square to the nodal axis describing that “something” was on course for a foggy, watery and “unexplainable” journey, and it would be one that would captivate people for years to come.

Having watched various documentaries about the ship and the piecing together of a great puzzle it baffles many why this catastrophe could not be avoided. In the horoscope chart of the sinking of the Titanic the Sun is conjunct Mercury square Neptune and the Nodes are placed in the cardinal signs. Neptune is the main indication for drowning and for all ocean life. When a Neptune transit involves the Nodal axis it is likely to stimulate events around loss, idealism, mystery, and the sea.

We can imagine the helplessness, overwhelming feelings, and suffering for all involved in this Neptunian disaster. A Neptune transit threatens to submerge us underwater and reduces the power of control we have over events.  The day the Titanic was struck she was forwarded six iceberg warnings. Two messages were delivered, but the operators were busy transmitting visitor messages. The Titanic’s radio began issuing distress calls, but they went unanswered. Some of this may have to do with Mercury square Neptune, which makes communication challenging, nebulous and vague. In individual lives, the nodes represent “fated” and meaningful events and the cardinal energy in the chart represents a sense of urgency.

The planet Mars is placed in the watery depths of Cancer conjunct Pluto in this chart and accidents usually involve Mars. Moreover, Mars-Pluto aspects often involve fighting against death and some sort of violent confrontation, and it also indicates the super-human strength needed in life and death situations.

James Cameron’s movie version oft he Titanic is due a re-screening  and in his chart has Jupiter conjunct Uranus in Cancer square Neptune. In itself, this describes his futuristic vision, almost scientific view (Jup-Ura) of the great sea in mythic proportion (Neptune). Other movies of his are Piranha, The Abyss and of course, Titanic. Jupiter -Neptune in aspect describes the vastness, explorative and expansiveness of his nature and large attraction to sea life. Jupiter loves going on journeys of both the body and mind and, of course, we all know that Neptune is the ruler of the ocean.

According to Alan Vaughn, the universe is so highly organised that nothing happens by chance and there are no accidents. Everything moves like a highly complex clock and the universe unfolds a plan. Astrology gives us some insights and clues about this design and each individual’s birth-plan. Many believe there is this mathematical working of the universe, but if we were to try to connect all the people on the Titanic by using the tools of astrology, it would drive us mad in the end, and it would be hard to imagine what sort of controlling force is pulling all these threads together. It makes you wonder whether it was fate or not to be aboard the ocean liner. Whatever the case, the sinking of the Titanic draws many of us to its haunting and emotional depths, but others take a completely different conclusion to why we are interested in this historic event…

The Titanic disaster was historically not intrinsically meaningful. While we like to think the disaster’s resonance is timeless – that it has to do with universal themes of humans against nature, hubris, false confidence, the mystery of the sea, hydrophobia, heroism and cowardice-the Titanic seared itself into American memory not because it was timeless but because it was timely. Americans in 1912 made it speak to concerns of contemporary politics, society, and culture. By Steven Biel

Neptune bring the paradisaical consciousness. The dream and fantasies we held about life and carried for so long begin to erode. We are kicked out of the Garden, losing the Eden of youth, health, vitality, innocence, and immortality, slipping easily into the  precosmic night sea where we anxiously paddle and seek handhold to keep from drowning. The Astrological Imagination