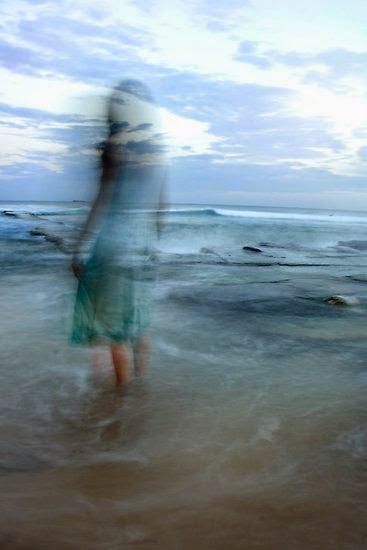 The cycle of the zodiac ends with Pisces, the twelfth sign, ruled by Neptune. The pairing of death and the fishes, then, should not come across as strange, and it makes sense, since, being the final sign – it represents dissolution, disappearance, and fading away. It is also symbolic of the weakening of the physical identity, loss of form, and boundaries falling away. Psychologists make the comparison of sleep (Pisces ruled) as being similar to dying, the loss of control, falling into unconsciousness, and losing a grip on the ego.

What strikes me is that, from one second to the next, our ego of the dream finds itself projected into a new world, without feeling the astonishment which this world would rouse in a waking state…we ourselves remain in another universe, which might suggest that when falling asleep we are like a traveler who wakes with a start…The past, the future no longer exist; the dead rise again; places construct themselves without architect…it can only be described as supernatural…We consent without regret to live there among strangers, entirely separated from our habits and our friends. This is what fills us with dismay at the sight of the face we love, and which is asleep. Where, at this moment, stirs the face behind this mask? Where does it light up and for whom? This sight of sleep has always frightened me more than dreams…Emerged from sleep the dream fades. It is a deep sea plant which dies out of water. It dies on my sheets. Its reign mystifies me. I admire its fables. I take advantage of it to live a double life…What it teaches us is the bitterness of our limitations. By Jean Cocteau

Pisces is a water sign, and one ruled by Neptune, and this reveals a lot about Piscean boundlessness, and as ruler of the sea, it also has a connection to the mythical great flood that wiped out the earth. A great flood wiping the slate clean, ready for spring to emerge once again. In Liz Greene’s’ book, Neptune and the Quest for Redemption, this flood is also feared. “When a Pisces or Neptune type, dares to live an individual life, there is a terror that the “flood” will come and one will be destroyed.” The great flood has been compared to the abyss opening and the great tidal rising and everything disappearing beneath.

The salmon swim upstream once a year to spawn and to die in the place where they were born. His journey back to the beginning symbolizes the process whereby Pisces enters into her past to know herself better, to allow old and unwanted parts of herself to die and to allow new parts to be created. Pisces has the ability, paralleled only by Scorpio, to recreate her own life. She is open to many forces of healing, and this openness is ultimately the way for her to reach a place of even deeper wisdom and understanding than she knew before. By The Knot of Time

A common thread involving the water signs entails some kind of “sacrifice” and it is often a watery death, especially in Pisces. And the greatest conflict between matter and spirit as the sign is always pining for the spiritual/ afterlife, in the same way that an alcoholic is longing for his next drink. The River Lethe of forgetfulness is also Piscean, describing this washing of the memory, and it also rules the place of the departed. Walter H. Samuel calls this Piscean realm ‘the home of the vanishing,’ where all things merge and melt into the Universe.