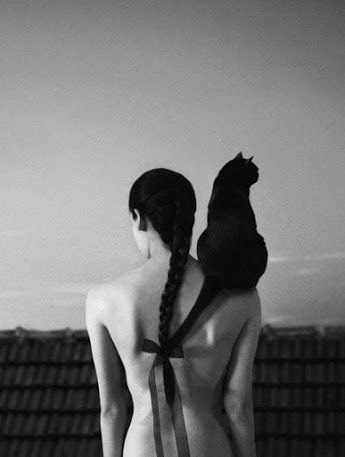 Those born with Pluto in the 4th house may have experienced something dramatic in the family home, and whatever it was, it can sometimes make them feel isolated and rootless. Perhaps there was much that was hidden or secret in their childhood, and this has changed them indefinitely. Crisis, deep transformations, fated occurrences and experiences that are intensified find their way into the home and family.

At the deepest roots of their life, Pluto will be cleansing and transforming in the sphere of family relations and sense of belonging.The fourth house is closely connected with our deepest self, psychological roots, feeling of protection, and it is also connected to a sense of belonging.

According to modern astrology, the fourth house rules the father and everything we inherit from our immediate family. Pluto in the 4th house can show early intimidation. Dad may appear threatening to his child, even if this behavior has unwarranted this powerful reaction. On the other hand, a fatherly figure may have had a profound effect on the individual growing up, and his absence leaves a gaping wound. Another possibility is that he had difficulty in expressing his emotions, suffered from deep depression, and when he erupted the violence of his reactions frightened them. The father may have been over-demanding, over-controlling, over-protective or even jealous.

The 4th house can also signify the death of one of the parents, or actual abandonment. The death of a family member often impacts the child deeply. Perhaps the parents may have been struggling to come to terms with a significant loss at home. The family may have been torn apart, lost its home, and suffered bankruptcy. Pluto here is often deeply private and secretive about their early life. One of the best outlets for this placement is to “dig up” the family history and explore old secrets. However, there may also be a compulsive need to explore their ‘roots’ forcing old issues out into the open, sometimes giving rise to power struggles, confrontations and upheavals.The complexes and traumas formed in early childhood, if unresolved, often seethe below the level of conscious awareness, and the individual carries a hefty weight of grief and resentment over old hurts.

For years we have been a white knuckled bunch holding on so tight to all our stuff. We wouldn’t let go of all these things that have been killing us… We wouldn’t light the match and burn it all down by choice, but now nature had intervened and done it for us…but regardless of what or who deserves the credit, tonight in these flames and screams we’ve been given a blank slate. No more shame. No more buried alive! Who knows? This fire might even reset our relationships, end my parents war,..wipe our bitterness and anger away, resuscitate our collective soul, and o-kay, now I’m getting carried away. I mean sure our house is a blank slate, but our home isn’t because relationships can’t really ever start over. Can they? Heroes and Monsters: An Honest Look at What It Means to Be Human

The individual with Pluto in the 4th house might want to cut off their feelings altogether, and it may feel as if something dangerous underneath threatens to overwhelm them. Pluto here represents heavy emotional baggage, which must be explored and healed. There may have even been something considered taboo about their roots and parentage; the family might have been persecuted in the past. A parent’s paranoia, obsessive behavior or depressive moods, could have permeated the environment.This can all affect how you feel about family and living at home, and many are concerned with matters that rest deep within the soul.

Those with this placement are interested in psychotherapy, counselling and all forms of healing that occur at the deepest level of the human psyche. They are very intuitive, behaving instinctively and like to get to the core of things.  The person feels emotional or moody about the home, and will bury themselves within its walls. It could also be a place they feel totally transformed and may view home as a place of destiny.  Major home improvements could be on the cards and the home may be a place they feel resourceful, full of renewed strength.

When Pluto is placed in the house of the home, they may want to relocate, emigrate, and utterly reinvent where they are living, or build a new place to live. This will usually happen when they feel they have outgrown a phase of their life. Often forces beyond their control tear them away from their past, but they will discover a renewed sense of belonging and transform in the process. Pluto in the 4th house may also be involved with tearing down old homes and rebuilding them. The home might have been badly damaged and in need of repair, and the situation often forces them to tap into their deep inner resources.