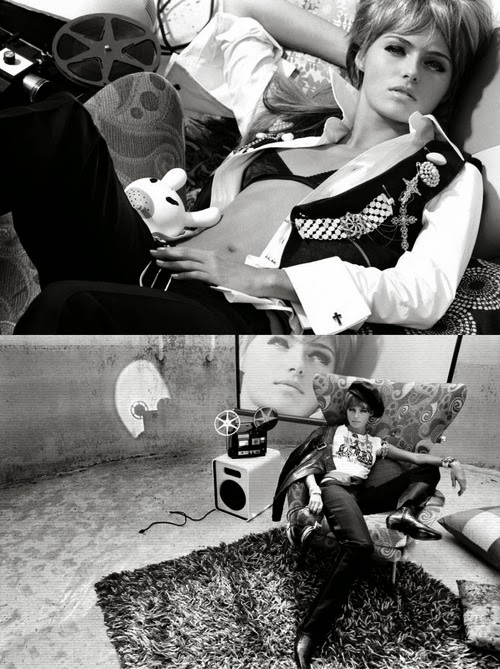 The horoscopes of people born the same day, the same year often have both striking similarities and differences in their lives. The next two cases are of two men born into two completely different backgrounds. The major difference is race, and the family backgrounds are somewhat different as well. Both men have Sagittarius rising with the Moon in the sign of Cancer. The difference in house placements shows Pluto in the 7th house of one chart and in the next chart, Pluto is positioned in the 8th house. Both men have Uranus in Aries in the 4th house, indicating some shake-ups at home, independence, and an individual lifestyle, setting down roots that are different from the “norm.”

Throughout this study, the important life patterns in each individual will be charted. This is an interesting evaluation of two lives with plenty of background information and reveals what astrology can and cannot predict. The life and times of each individual will be contrasted to the best of my knowledge. Some of the major life events may or may not line up. Starting with the older cosmic brother by a few minutes he is the living astro-twin, revealing death and fate are not always predictable.

Robert Duvall (astro-twin 1) is an American actor and director, known as one of the greatest actors of all time, and has done over 60 stage plays. The younger astro-brother is Alvin Ailey (astro twin 2) and he is an American black gay choreographer, dancer, director, and the founder of the Alvin Ailey Dance Theatre; he has performed in movies and dramatic shows and was recognized as a major creative artist of his time.

Both charts show drive and ambition and a serious approach to life, with Sun-Mercury-Saturn all conjunct in the 1st house of the ‘self’ representing the way an individual projects himself upon the environment. The powerful Saturn energy in the nativity shows drive, determination, and ambition to build success and to use their energy constructively. It also shows organizational ability, and need in both to become a figure (Sun) of authority ( Saturn) and they both expected a lot of themselves, and achievement is necessary. The counterpart to not succeeding with a Sun-Saturn contact is the feeling of personal failure that often creates considerable depression and anxiety, but it is also the impetus that moves us forward in life. The two men are in a business that can be both critical and hard on self-esteem and often takes up a lot of time and an incredible amount of work.

The planet Venus in Sagittarius in the 12th house forms a square to Neptune in the 9th house. It shows an expansive, colorful and artistic nature. The aspect also points towards strong creativity and imagination (Neptune) and talent in the arts, e.g. gifted in music, drama, film, and photography. Both men are also highly dramatic and original shown by Mars in Leo trine Uranus in Aries, this is innovative energy, and there is a love of freedom and expression. Sexuality is also reflected in the 8th house of shared resources, and the expression of Mars in the 8th house delves into the depths of creative expression and drive (Mars in Leo). Alvin was said to have revolutionized (Uranus) dance (Leo), but there is also a rebellious nature and need for freedom that sharply contrasts their heavy Saturn nature and both Sun and Jupiter square Uranus.

Early Background: Father Figure – Robert Duvall (astro-twin 1) is the son of an actress and a war general. The family are Christians. Growing up in a military family, he moved various times across the country, he never settled in one area. Alvin Ailey (astro-twin 2) was born to a 17-year-old mother, and he was only six months old when his father abandoned him. His mother moved across country picking and doing domestic work, before landing in Los Angles in 1942. When Ailey was 5 his mother was raped by a group of white men, leaving him afraid of whites. In his later years, he developed a fierce black pride.

We now see two different father figures (Sun), Robert’s Dad is a strict authority (Saturn) at work. And Alvin lacks (Saturn) a father figure altogether and has no physical role model. The military father would have worked long hours away from home. Saturn’s astrological keywords are authority, time, hard work, ambition, failure, anxiety, depression, and so forth. In Alvin’s chart he was denied (Saturn) a father and his Dad failed to live up to his responsibilities.

Uranus in the 4th house supports the earlier discussion in this article and the common thread of instability in the home. I can’t judge how Robert Duvall’s father was at home, but we know some key Saturn points about him, and he was ambitious and hardworking.

In reality, all Sun-Saturn types are challenged to achieve their own sense of self-worth, achievement, and excellence alone. It is one of the natal aspects that need to develop self-sufficiency.

The Sun is also opposite Pluto in both charts and this can show a powerful fatherly influence – present or not. Pluto rules abandonment, power, abuse, control, passion, and drive, so these are the keywords we can associate with their father figures and also both of the men’s characters.

Uranus in the fourth house signifies the regular moves in both of their lives. Uranus in the fourth house won’t follow the normal path of stability; it needs to break-away from past conditioning and the family roles that are usually expected. The Moon-Pluto conjunction in the 8th house symbolizes Alvin’s (astro-twin 2) mother and her traumatic experience, and this astrological pairing relates to issues of abuse, emotional terrorism (Moon-Pluto), and perhaps even the abused woman, with the power to heal emotional wounds. Many powerful feelings are triggered around the mother and females in general. In 1936, when Alvin’s mother was raped transiting Pluto (abuse) conjoined his natal Moon exactly (Mother).

Sadly, there isn’t a lot of information about Duvall’s mother to comment on, but Pluto falls in his seventh house rather than the 8th.

Notable significance or Events: Both men have a different sexuality; Robert Duvall (astro-twin 1) has had three marriages and adopted children and Alvin is Gay (astro-twin 2). Alvin had a great career opportunity in 1953 when he took over the Horton Dance Company after the leader’s death. No one stepped forward to take the role and so Alley became the creative director. At this time transiting Uranus (sudden) was conjunct Jupiter (opportunity) in the 7th house. However, Uranus was around the 8th house cusp (death) and triggered the natal Jupiter-Pluto contact, so it describes an unexpected death (Uranus-Pluto) and the opportunity (Jupiter) to progress in his own career.

Duvall (astro twin 1) was serving in the army at this time and he left its constraints around the time of his own transit of Uranus over the Jupiter-Pluto natal configuration and he was freed-up to begin his studies in acting, so greater freedom and more room for self-expression, which was predicted for both men. It is quite an interesting astrological alignment.

In 1958, Ally (astro-twin 2) formed his own company with transiting Saturn (business, responsibility, hard-work) crossing the Ascendant (angles show important life junctures), and Duvall (astro-twin 1) made his professional debut off-Broadway at the same time, so they both debuted professionally (Saturn). Perhaps the beginnings of ventures happen when a planet crosses the Ascendant and also the consolidation of the self and an important career/concrete move.

In 1971, Alvin produced “Cry” one of his greatest successes and he dedicated it to his mother and black women everywhere. During this phase, transiting Jupiter and Neptune conjoined his natal Venus in Sagittarius in the 12th house; this is a fortunate and highly artistic time. We can also observe transiting Saturn and Pluto sextile his motherly Moon in Cancer. At the same time, Duvall was also receiving considerable praise for his portrayal in the cult classic THX 1138.

Death Bed: Alvin died of AIDS in 1989, and at the time he asked the real cause of his death not to be made public, due to his concern for his mother. Transiting Saturn trined natal Neptune, transiting Pluto in Scorpio squared his natal Mars in Leo in the 8th house (life and death, birth, re-birth, and endings).

Meanwhile, in 1989, Duvall appeared in the series Lonesome Dove, in the role of Gus, he starred in four episodes and he was trained to use deadly (Pluto) weapons (Mars). Gus dies of blood (Mars) poisoning (Pluto) in this movie and the doctor said he needed to amputate his leg to save his life, but he refused. This is the strange act of fate in both lives. One man had a real-life death and the other a figurative death on-screen.

I guess this is where the two lives part ways now. It was certainly interesting to look at the different dynamics in the charts and how they played out. It can’t be a real in-depth examination, as I would need more information, but there are some fascinating correlations and revelations to be found in both charts.