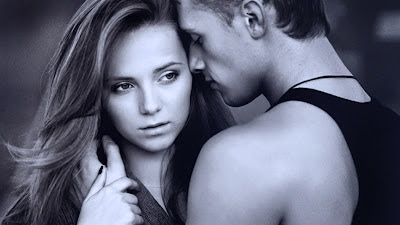 Those with Mars-Saturn contacts in synastry may have the most difficult of all the relationship aspects to deal with. These planets are considered the bad guys in traditional astrology. However these relationships often involve powerful sexual attractions.

Why then do Mars-Saturn contacts appear with such frequency when a serious emotional involvement occurs, perhaps more than the Venus-Mars connection which is supposed to designate strong sexual attraction. And why, rather than repelling, do they seem–at the beginning at least–to be concurrent with such intense and almost feverish sexual attraction? This contact has a reputation for producing passion before marriage and increasing coldness and sometime violence afterwards. By Liz Greene

Saturn’s inter aspects in synastry are highly important and individual with Saturn strong in the relationships inter-aspects have a compulsive need to form a partnership, but this can sometimes turn into dislike. In synastry Saturn’s fears may mean they bring a partner down through criticism and by creating worry and anxiety.

It can create an enormous psychological battle where ones partner’s actions is constantly thwarted by the other. This combination creates intense frustration, and Mars can find Saturn a very exciting challenge. Both of you are bound to get angry and defensive with one another, and when one says go the other says no.

However this blocking can become a bit of a problem over time. Sometimes it creates a violent energy between you both and Saturn’s undercutting of Mars assertiveness results is some serious anger issues. Saturn may appear to to be distancing and freezing up in Mars presence and it can ignite Martian rage.

When both of you are working together there is a strong, constructive and powerful energy. Otherwise one may find the other “too controlling” and Mars’actions meet with serious doubts. One person may be viewed as immature and selfish while the other is too serious and critical all the time.

The relationship can be built on a solid ground. Stephen Arroyo says that many Saturn inter-aspects in relationships can feel very “under the thumb”, but they are extremely common in marriage comparisons and seem to symbolize deep involvement, and something which can grow through love and responsibility. Honest and adaptation are best developed to work through this contact, and then the relationship can be highly ambitious, productive and successful.