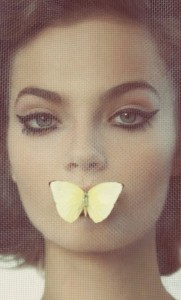 Paul Valéry was a writer who had Sun conjunct Mercury in Scorpio in the 6th house, along with two watery planets the Moon and Pluto swimming in the twelfth house. When his mentor died, he never returned to writing for 20 years, and it was called his great silence.

On the night of 4 October 1892, during a heavy storm, Paul Valéry underwent an existential crisis, an event that made a huge impact on his writing career. Eventually, around 1898, he quit writing altogether, and, for nearly twenty years, Valery did not publish a single word. This hiatus was due, in part, to the death of his mentor, Stéphane Mallarmé.

In astrology, the Sun is self-expression, life-force and creativity and Mercury rules over writing, mentoring, learning and communication. Scorpio rules over those hush-hush areas of life that are taboo to discuss or too painful to speak about.

In the Scorpio sense, the ‘great silence’ is a strong part of Scorpio’s nature, and the emotions have a tendency to bubble underneath. Nature is secretive and teeming with intensity, and there is a veiled mystery about the type which contains many deep mysteries kept hidden. Scorpio also keeps many secrets in the stillness within; there is much that we never learn about the individual. On the surface, they have been called an ‘iceberg’, because one can never really fathom the depths of their reactions. Carter captures the essence of Scorpio and says that no sign has more profound and enduring feelings, giving them an unwavering devotion.

Scorpio is the sign that can become preoccupied with death, and many often say in response to Scorpio’s heavy nature and fixated emotional states to “lighten up “ as they do have a tendency of becoming locked up in a state of darkness for days, months or even years. The soul freezes over for a time, but eventually life will burst back through since they are a sign of life, death and rebirth.

In nature, scorpions are in fact remarkably tough; they can survive fire, nuclear tests, and the heat and aridity of a desert climate where little else will live. So, too, does the tenacity of the sign give those in whom it is prominent, endurance, and an indestructibility of the spirit which can survive great sorrow and hardship. Mythic Astrology

Those born under the Scorpio do not give much away, and many people are taken by surprise when the individual does erupt. Often they can show an intensity of feeling, but also hide their emotions in an ice cold and silent manner, and they can create the chilliest of atmospheres. The emotions become crystallized, fixed and in a permanent state. Many Scorpios are prone to deep depression, and they also attempt to silence much of what goes on. The Scorpion keeps many of their true feelings to themselves. In fact, they become impossible to read. Everything runs deeper and is powerfully felt.

Traditionally, the triplicity of the water element (Cancer, Scorpio, and Pisces) have been called the “mute” signs and when hurt, they sink deeply, and often we see their moodiness, sulking, brooding and deep introspective natures. The deep pain of something intensely felt is difficult for them to articulate. Feeling signs are the most sensitive, and concerned with their interior worlds. Cancer runs back into their shell when the world intrudes. Scorpio presents a steely and resolute front. Pisces will escape into their imaginative world, silently slipping away. They’re all creatures of non-verbal communication. The watery expressions describing them, usually go something like this: Scorpio’s water forms frozen ice caps and the glacial mountains whose peaks are above water and often dangerous bodies underneath, and Cancer’s waters are more like the rushing rivers and lakes, while Pisces represents the vastness of the oceans and sea.

Much of Scorpio’s experience goes underground. There is a power in silence that often speech lacks. The Scorpion’s world is cryptic and the wintry soul is exceedingly difficult to penetrate if downright impossible, and they conceal themselves in retreat. If the enigma of Scorpio is to be understood, we can think of profound changes happening underneath that are transforming. Scorpio, the 8th house and Pluto also rule the unspeakable, the dark and silent social underbelly. Long-drawn-out silences are common with those that have suffered trauma and in many ways we can find silence threatening or comforting, but those on the receiving end, whether it is purposefully directed at an individual or not, can be severely tested in their frustration tolerance.

Silence can be used as a weapon, especially in the 8th house area of intimate relationships. For water types especially, experiences that threaten to overwhelm there can be difficulty in articulating or rationalizing the experience. The watery element takes its refuge in silence and in the Scorpionic realm, it can also show mourning and deep respect for something profoundly deep and important and the impact of a loss that the individual feels at the core of their being, and one that has been emotionally devastating. People who exhibit silent behaviour we refer to them as reserved, private, forbidding, brooding, injured, suspicious, and secretive. Silence is also a sign of intensity, and rivers run deep, and Scorpio shuts off.

If we manage to tear off those Scorpio layers and look inside we always find something profound, a cauldron of emotions stirring within. Also, through the Scorpion realm of emotional crisis, and through relationships it can make the individual more aware of his own feeling nature. Everything in Scorpio is emotional in origin, and much rubble must be dug to reveal their true feelings. The process of analysing and purifying emotions has no time-limit and the need to be reborn and achieve more awareness of their spiritual nature is a powerful draw. The powers of the unconscious of the Scorpio mind are the life-giving powers of healing of the self and others.